Dalene Bowden says a $1.70 meal cost her a job — and she's not sure she wants it back now 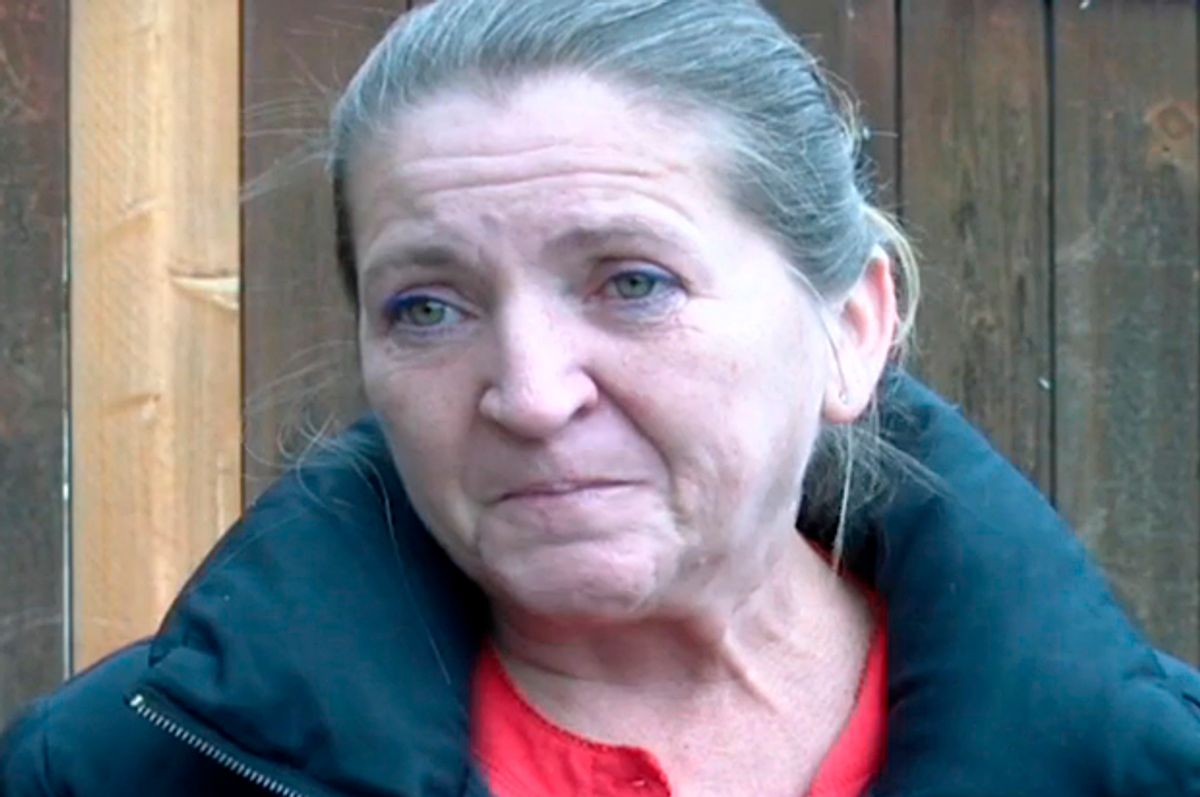 Congratulations, Idaho's Pocatello School District. You've really nailed in this year's American Fiascos, Holiday Edition division. As Dalene Bowden tells it on her recently launched GoFundMe page, "I was a lunch lady at Irving Middle School. I was placed on unpaid leave Tuesday after I gave a free lunch to a 12-year-old student who didn’t have money to pay for her hot lunch."

Bowden says that earlier this month, she was placed on leave after giving a hot lunch to a 12 year-old girl who said she didn't have the money to pay for it. She adds that she even offered to give the $1.70 the meal would have cost, but was turned down and instead given a "termination leave." Two days later, she was then sent a registered letter, signed by District 25 Director of Human Resources Susan Pettit, alerting her she'd been terminated for "theft of school district property and inaccurate transactions when ordering, receiving and serving food."

Speaking to the Idaho Statesman Monday, Bowden, who worked for the district for three years, said, "This is just breaking my heart. And they couldn’t even bother to put my check in with the letter…. I broke the rules, but I offered to pay for the meal and I don’t think I deserved to lose my job over it…. I know I screwed up, but what are you supposed to do when the kid tells you that they’re hungry and they don’t have any money?" She says she's never even had any prior trouble or been reprimanded, though she claims she was previously given a verbal warning for giving a child a cookie.

District spokesperson Shelley Allen told the Statesman that children who go over their lunch bill limit are still "provided something to eat, such as a peanut butter and jelly sandwich, and milk," but Bowden claims "workers are supposed to take their tray away and dump it." (And, as it turns out, the child was actually still within her lunch credit limit.)

Since nothing says "America at the holiday season" quite like allegedly firing a lunch lady for giving a meal to a hungry child, Bowden's story quickly attracted international attention. A petition to reinstate her has racked up over 80,000 signatures — and counting. But Shelley Allen told the Idaho State Journal that Bowden's supervisor "behaved in a professional and appropriate manner" regarding the matter. This, by the way, is the same district that two years ago fired — and then had to reinstate — Pocatello High's girls’ basketball coach after a photo emerged on social media of her fiancé touching her clothed breast. The fiancé, Pocatello High's football coach, only a received a reprimand.

As the Bowden backlash continued this week, the town stepped in, issuing a charmingly butt-covering statement that "We’d like to remind everyone that the situation involving Dalene Bowden was handled by officials with Pocatello/Chubbuck School District #25 and no City elected officials or employees were involved in the decision making process. While we both operate in the same community, the district and City government are two separate entities in Pocatello. Mayor Blad and the City feel this is an extremely unfortunate situation. Despite being separate jurisdictions, Mayor Blad is actively trying to get a meeting with the Superintendent of Pocatello/Chubbuck School District #25 to discuss how this situation has impacted our community as a whole."

An updated message noted that "Mayor Blad met with Superintendent Howell this afternoon. The Superintendent assured the Mayor that the School District is working toward a solution. We appreciate the District's willingness to meet with the Mayor even though we are completely separate entities with no jurisdictional oversight over each other." So just to be clear, this was totally not the mayor's fault.

Then on Wednesday evening, School District 25 issued its own statement, cryptically saying, "The District wishes to let the public know that it does not and has not ever taken negative employment action against any food service worker due to a singular event of this nature as is being presented through the press and various social media sites." (Earlier this year, a Colorado elementary school kitchen manager claimed she was fired for giving needy children free meals, a claim her school district similarly disputed.) The statement went on to assert, "The District jeopardizes it’s funding for the Federal Food Service Program if its employees do not follow the proper procedures and requirements. [sic]…. In the spirit of the holidays, Superintendent Howell advises that the District has been in communication with Ms. Bowden extending an opportunity for her to return to employment with the District." How festive!

For her part, though, Bowden says she's not so sure. "I have to think about it," she told the Statesman Wednesday. "I’m afraid that they would just make my life miserable and then try to set me up, or get rid of me some other way."