So you bought your son a dollhouse for Christmas: How to talk to family members who just don't get it

The toy aisles are moving past the pink and blue divide, but that doesn't mean everyone's on board 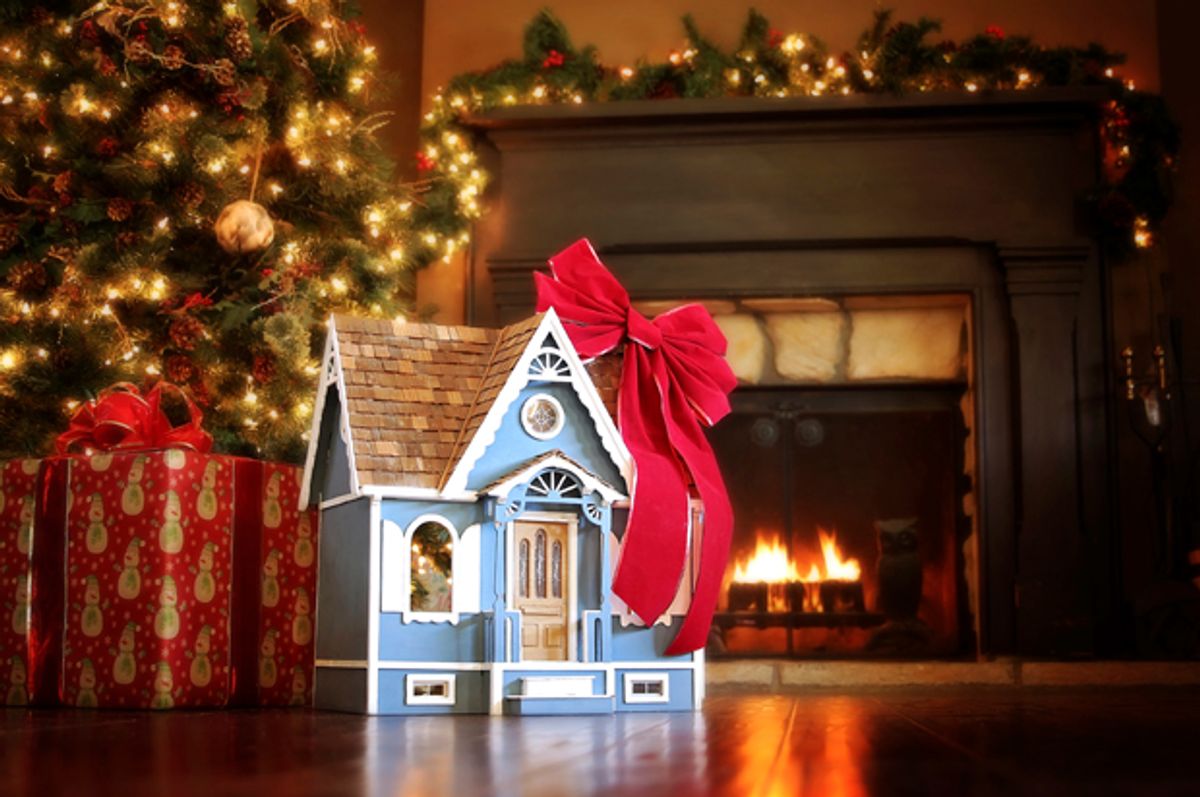 Australian organization Play Unlimited relaunched its No Gender December campaign this year in an effort to get parents to not purchase toys targeted toward girls or boys simply based on gender. On their website, Play Unlimited states, “Kids benefit from participating in a wide range of play experiences, honing different skills as they develop and learn about the world. All children should be encouraged to learn without limitations based on their gender, free from stereotypes aimed at discouraging equal access to all toys for everybody.”

This is a theme that’s been echoed widely in our culture and our store aisles this year. In August, Target announced it will move away from gender-based signs promoting its bedding and toys for kids, prompted by consumer outrage over item signs announcing, for instance, “building sets” and “girls’ building sets.” In their official statement, Target wrote, “in the kids’ Bedding area, signs will no longer feature suggestions for boys or girls, just kids. In the Toys aisles, we’ll also remove reference to gender, including the use of pink, blue, yellow or green paper on the back walls of our shelves.”

A commercial for the Moschino Barbie, spearheaded by Moschino creative director Jeremy Scott, featured a little boy enthusing “Moschino Barbie is so fierce!” Mattel issued a statement stating, “This video parodies iconic Barbie commercials from the 1980's starring a young Jeremy Scott look alike. The video celebrates how boys and girls alike play with Barbie—it's all about self-expression, fashion, imagination and storytelling."

Jim Silver, editor of toy review site TTPM, told The New York Times in October, “The industry’s learned that you shouldn’t be labeling for a specific gender. There are so many girls who want to be Iron Man and Captain America, and boys who want to play with Easy-Bake.””

Many parents are fully on board with fulfilling their children’s wishes for holiday toys, regardless of whether they fit the traditionally gendered model. Dolls for boys? Check. Skateboards for girls? On it. It’s not surprising to see lists of gender neutral toys for the conscientious holiday shopper. Father Mikki Willis’s exuberant video celebrating buying his son an Ariel doll went viral this year. Clearly, many parents have gotten the message that neither they nor their kids need to be limited to “pink” or “blue” themed gifts.

But even the most open-minded parents when it comes to their child’s gender expression may face pushback from other family members, friends, neighbors, nosy strangers or store clerks when explaining what exactly they’re putting under the tree. This affects not just parents, but entire families, who want to do right by kids, but may not always know how to best support a child who doesn’t fit what they’ve been taught to expect. The grandmother of C.J., the gender nonconforming son of Lori Duron, author of the blog Raising My Rainbow, shared her experience on the blog in 2012:

“One Christmas C.J. only received boy toys and he was devastated. Our son said it was the worst Christmas ever because C.J. was so angry at Santa and didn’t get anything he wanted. Our son said that would never happen again. That really hit home with us. You don’t want to deprive your children. The toys don’t bother us. The dressing up was a little harder to accept. We worry more about how cruel other children can be. I’m accepting of whatever my child or any other person wants to be.”

So how can parents navigate the often tricky terrain of placating those who want to police the toys they give their kids? “When parents experience blowback from family, friends, or fellow shoppers for buying a gender-nonconforming toy, what they’re experiencing is resistance to change. Gender is a continuum, not a divide, but not everyone gets that yet,” said Deborah Siegel, PhD, a Visiting Scholar at Northwestern University and mother of boy/girl twins.

“The media may be full of stories portraying the growing acceptance of gender nonconforming kids and parents who encourage cross-gendered play, but most parents still need help navigating the new lingo, concepts, and shifts coursing through our culture with the subtlety of a tornado,” explained Siegel, who’s currently engaged in a multimedia project about the gendering of childhood in the first five years of life. She encourages parents not to make snap judgments when family members or well intentioned friends don’t immediately understand how they can be helpful and welcoming, but who is open to learning. “Have empathy for the uninformed,” Siegel advised. “It’s only a matter of time before a child in their family expresses a desire for a toy from across the aisle.”

Siegel concluded, “To the parent choosing the ‘non-traditional’ gift for a child, I say: rock on. Parents who get flack for such choices already know that the truest gift a parent can give a kid is support for being who they are.”