The "Black Mirror" Christmas special: A thrilling hint of the new season to come 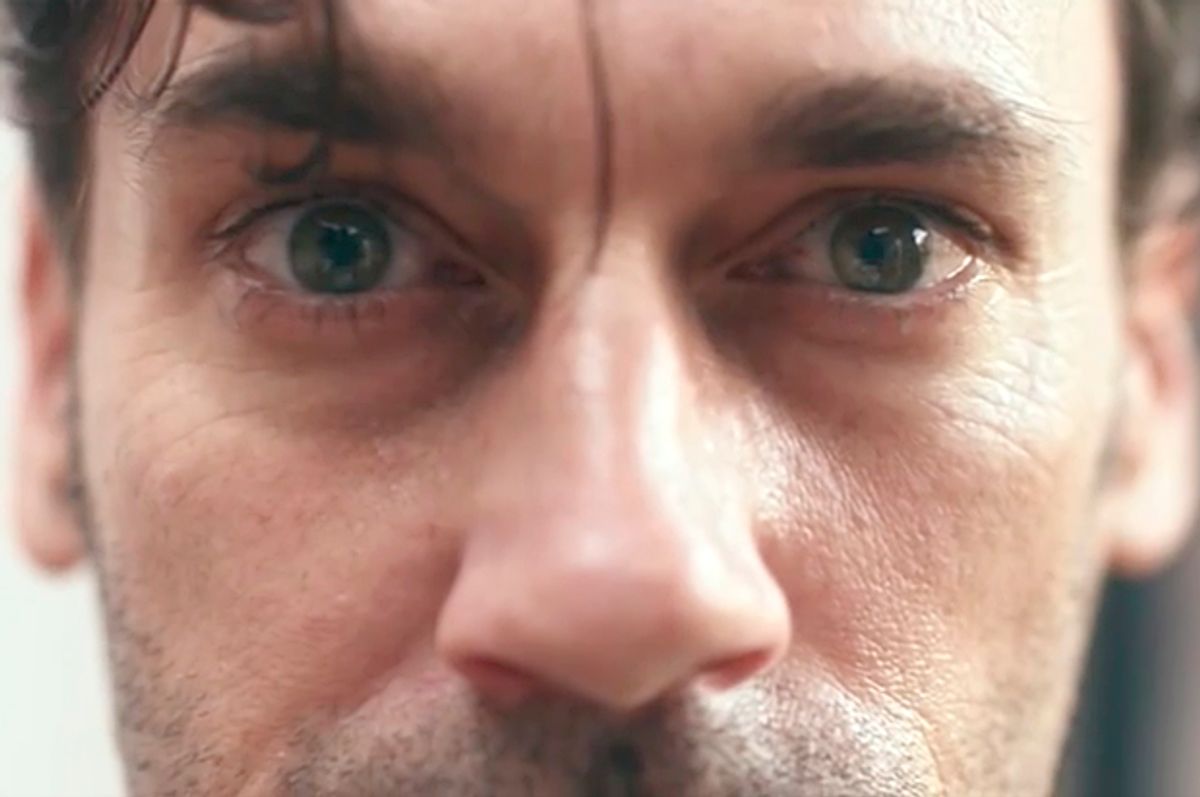 It’s entirely possible that you’ve already seen “White Christmas,” the “Black Mirror” Christmas special, which premiered this time last year. Maybe you live in the United Kingdom. Maybe you have DirecTV, which is the only network in the U.S. that aired “White Christmas” last year. And—most likely of all—you may have torrented it, because legality aside, a year is a long time to wait for a 90-minute installment of a series that is just six hours altogether.

It’s fitting that, for American viewers, at least, the experience of watching “Black Mirror” is such a technologically mediated one. To quote Zack Handlen at the A.V. Club, it’s “a show that regularly applies imagined technology from the not-so-distant future against the cracks of human weakness,” and each week there is a new innovation to discover. It makes the process of watching an unpredictable guessing game of cause and effect, as both the convenience of the technology and its unexpected pitfalls become known to the viewer.

And “White Christmas” is more about technology than any of the episodes previous, drawing on the devices introduced in “The Entire History of You” to tell an even more dramatic story about the division and merging of the “IRL” self with the persona that self performs in the digital world. The episode tells three small tales and one big one, and underlying each vignette is the notion that our cyber-lives are as real as our real lives. This is a theme throughout “Black Mirror,” such as in “Be Right Back,” which tells a heart-rending story of a widow (Hayley Atwell) who finds a bit too much solace in an algorithm that guesses her dead husband’s personality through his texts and emails. Though the program is guessing at being him, it ultimately becomes a creation with a personality of its own—one that is both very alien and very familiar. It isn’t Ash, but it’s still someone. Also in season two, “The Waldo Moment” features an animated creation that becomes greater than—and ultimately destroys—the loser-ish comedian who created it. And season one episode “The Entire History of You” is a glimpse of how expanded technology makes for whole new smorgasbord of anxieties for the brain to prey on, fixating on the person we are in memories, or the person we perform at a dinner party, as being different from that which is seen and perceived by others. Throughout, there is this motif of dissociation and re-merging of two selves—the performed, quantifiable and data-driven side, and the irrational, qualitative and meatspace-dwelling one.

It’s a kind of metaphor for what “Black Mirror,” the show, is about to do. Netflix announced this year that they will be releasing a 12-episode third season of “Black Mirror,” with creator Charlie Brooker and executive producer Annabel Jones onboard. Netflix has money, which “Black Mirror” must require an enormous amount of--given its all-new sets for each episode and casts of characters with significant star power--so in that sense the move makes a lot of sense. But the flexibility and binge-watchability of Netflix’s aesthetic is at odds with the tightly edited, carefully structured, episode-to-episode unpredictability of “Black Mirror.” “White Christmas” was made well before this deal was made, but because it strays from some of “Black Mirror's” fundamentals, it’s a less satisfying episode.

The Christmas special isn’t bad, but it’s not the tightly wound, razor-sharp episode that “National Anthem,” “Be Right Back,” or “Fifteen Million Merits” is. Partly that’s because it’s longer; partly that’s because it takes place in flashbacks; and partly that’s because unlike every other episode of the show, “White Christmas” refers to technologies and terrors of the last two seasons. It’s a little too irritatingly neat; one of the reasons “Black Mirror” could so reliably get under your skin, even with weaker episodes like “The Waldo Moment,” is because in every installment a world is created and then metaphorically or actually destroyed. The fact that these were spaced out weekly made each episode a separately experienced journey into a separate world—almost the exact opposite of binge-worthy.

But in “White Christmas,” rather than the “Twilight Zone” feeling of a sudden, truncated adventure, a few characters are introduced who live, somewhat, by the rules of other episodes. The bionic camera that was the subject of “The Entire History of You” returns to make a second appearance, accompanied by a nod to the grisly politics of digital slavery (“Fifteen Million Merits”) and the harsh, punitive environment of “White Bear.” Hamm is a smarmy and cheery smooth-talker—Dick Whitman in a universe where he believed Don Draper’s lies. He beckons his roommate Potter (Rafe Spall) to a Christmas breakfast, and starts telling the story of how he ended up in this odd little snowy lodge in what feels like the middle of nowhere.

It’s certainly thematically satisfying. “White Christmas” puts the contrast between the digitally experienced and the really lived on stark display with the first story, of how Jon Hamm’s character Matthew used to be an in-ear Cyrano de Bergerac for guys who wanted help picking up women. What starts as an intellectual pursuit, a problem-solve, turns unexpectedly violent—the most brutal meeting of the cyber-self and the real self possible. And the episode also gets into the real-world implications of that cornerstone of the social media experience, blocking. When Matthew’s wife discovers that his side project resulted in a murder, she puts in place a program that is singly deployed, but doubly felt; she blocks him, which makes them both into white, muffled silhouettes in each other’s existence. As it happens, Potter was also blocked by his estranged wife for whole years, and is driven to near-madness by the shutting-out. The white, in “White Christmas,” is not describing fresh-driven snow covering the ground but rather the ghostly blank spaces where people used to be; instead of a wind whistling through the trees, the moaning sound is what used to be the intelligible voices of other human beings. And most disturbingly, in exploring the limits and mergings of the digital and “real” selves, is the episode’s notion of “cookies”—those little pieces of web code that stick around in your browser and do things for the parent code—but for people. A little fragment of persona, put into a box and assigned tasks. The entirely digital people do not realize that they aren’t real, meaning that Matt has to torture them, if you can torture a cyber-person, into some kind of compliance. In the vignette, Matt is working with Greta (Oona Chaplin), and when she impulsively refuses to cooperate, Matt fast-forwards her clock six months while he eats a piece of toast. When he hits play, she is wild with boredom and anxiety, barely able to speak above a whisper, having been sentenced to solitary confinement without even the entertainment of mealtime for half a year.

Unfortunately, “White Christmas's” sense of the cookies’ mechanics is a fudged, even with broadly giving them the benefit of the doubt. The show is typically very on top of how its technology would work—that’s one of “Black Mirror's” fundamental appeals—so it’s strange to see the show misstep here. As a result, the second vignette in particular lacks the full impact it might have had otherwise.

Comedy often arises from a willingness to take a premise to its logical endpoint; “Black Mirror” has been extraordinarily dedicated to logical endpoints up till now. Watching it produces a sense of mounting dread, as you discover the world’s rules and limits and then watch precisely how it fails. Going forward, I hope “Black Mirror” on Netflix continues to commit with such dedication to its premises—if only to reinforce that in this comedy, the joke’s always on us, the audience.