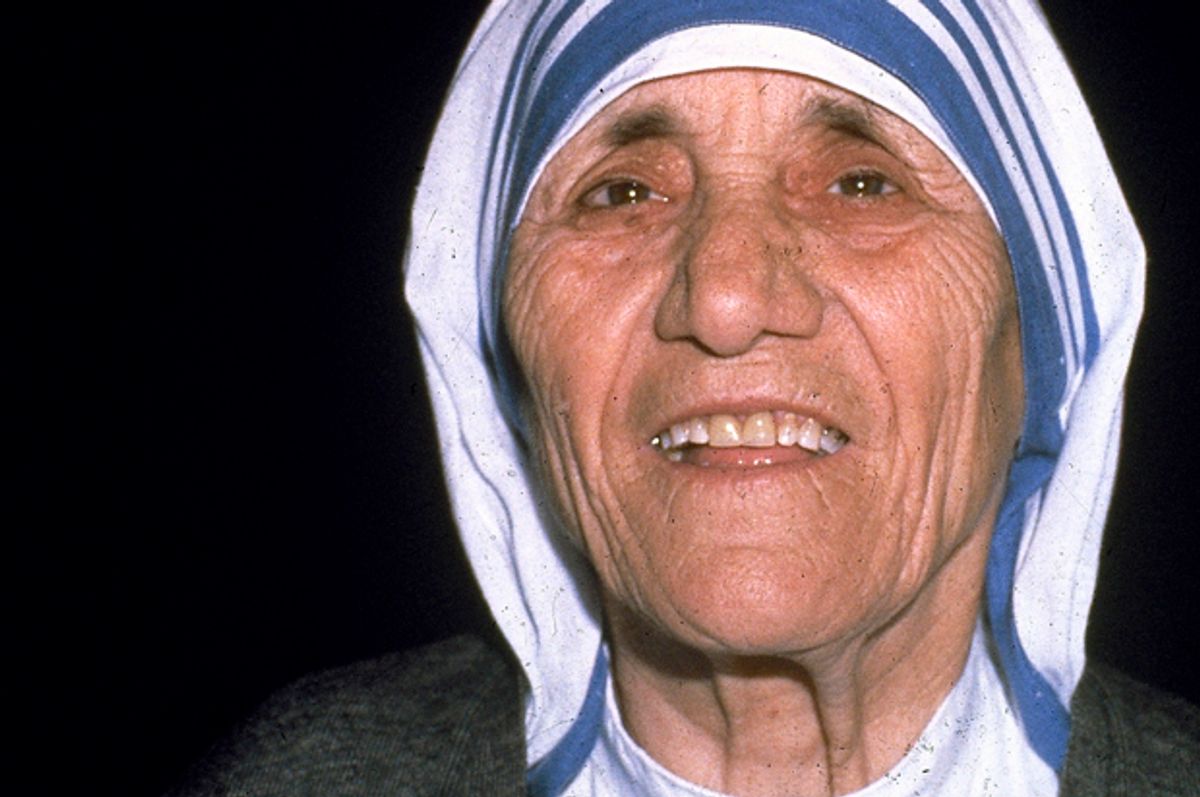 As a 47-year old Jew with a near two-decade career in Jewish communal service, it might surprise some to learn that one of the most spiritual and awe-inspiring experiences in my life came when I met a soon-to-be saint … and made her laugh.

Back before I was a Jewish Community Center director or a Federation executive, before I led the Isabella Freedman Jewish Retreat Center or was the CEO of Hazon, I was a town manager in a small, old Pennsylvania coal town.

I was hired to be the manager of Mahanoy City, Pennsylvania, when I was just 23 years old.  It was a quiet town of some 5,200 people, all squeezed into a half-square-mile area.  Mahanoy City’s claim to fame was being the birthplace of cable television.  Beyond that, not much happened there.  As I lovingly describe, the typical vignette for Mahanoy City was an 80-year-old woman sitting on the front porch drinking a beer at 10 o’clock in the morning.

And then I went to work on Monday, June 12, 1995, as if it was any ordinary work week, and learned that the small town I managed would be getting a visit that coming weekend from … Mother Teresa.

As it turned out, and as I had no previous notion, that half-square-mile of town that I oversaw included a branch of the Missionaries of Charity, Mother Teresa’s order; and the Nobel Peace Prize winner was planning a visit and would be attending Mass that weekend at Mahanoy City’s Saint Joseph Roman Catholic Church.

While Mother Teresa was one of the most recognized people on the planet, ranked by various sources in 1995 as the most admired woman in the world, she was unlike other noted celebrities of the time.  Surely, when Bruce Springsteen or Oprah Winfrey was traveling, it was with a massive security team and media entourage.  Mother Teresa, on the other hand, was planning to arrive with a group of nuns in a green Dodge Caravan.

And so from that moment on Monday morning, my entire week became consumed with meeting with the monsignor and meeting with the bishop to plan every aspect of an event that would have been major in Manhattan but was simply mammoth in Mahanoy City. Working with my police department and fire chiefs, we developed a security protocol, identifying state and regional resources jumping at the opportunity to lend us helicopters, bomb-sweeping patrols and mounted officers.  Needing a mobile office to serve as a press headquarters, I commandeered the Mrs. T’s Pierogi-mobile from the generous company owners in nearby Shenandoah.

Monsignor Anthony Wassel of St. Joseph’s asked if I would formally welcome Mother Teresa and introduce the opening hymn at Mass that weekend.  How could I say no?

That week flew by, despite the fact that I barely caught an hour of sleep.

And then came what remains the most surreal moment of my life, as Saturday morning the monsignor introduced me to Mother Teresa in the basement of the tiny convent.

First I presented Mother Teresa with a framed proclamation on behalf of the town of Mahanoy City, which I can only imagine she took home, hung proudly in her office, and showed off to all of her friends.  (Really, I can’t imagine what happened with it.)

And then the monsignor introduced us, saying: “Mother Teresa, this is David Weisberg, he put all of this together.”  He repeated and enunciated, “His name is David Weisberg,” apparently wanting to make it abundantly clear to her that I wasn’t also Roman Catholic.

Mother Teresa, incredibly diminutive, looked up at me with her kind face and said: “We are all God’s children.”

I looked back at her, having absolutely no idea what to say. I opened my mouth, and what came out was, “Well, Mother, I’m just trying to keep all of my bases covered.”

She started laughing.  I assume that meant she thought it was funny. I laughed too.  One person took a picture, the only photo of me with Mother Teresa, which I never ended up getting.

And I walked away thinking, “Hey, I made Mother Teresa laugh.  How many other people in the world can say that?”

We are all God’s children, regardless of our different religious beliefs.

An hour later, I would stand in front of an overflowing Mass introducing the opening hymn, “Here I Am, Lord.”

In the Torah, when Abraham is first called to by God, Abraham responds, “Hineni,” literally meaning, “Here I am.”

David Weisberg is a 20-year senior executive for Jewish organizations.  He was most recently CEO of Hazon, North America’s largest Jewish environmental organization and has previously led the Isabella Freedman Jewish Retreat Center, Friends of the Arava Institute, and the Jewish Federation and Jewish Community Center of Greater Harrisburg.