Bristol Palin's hateful hypocrisy: She's now a mother of two, but still the biggest child in the family

Former abstinence spokeswoman has second child from second father, gets right back to her hateful hypocrisy 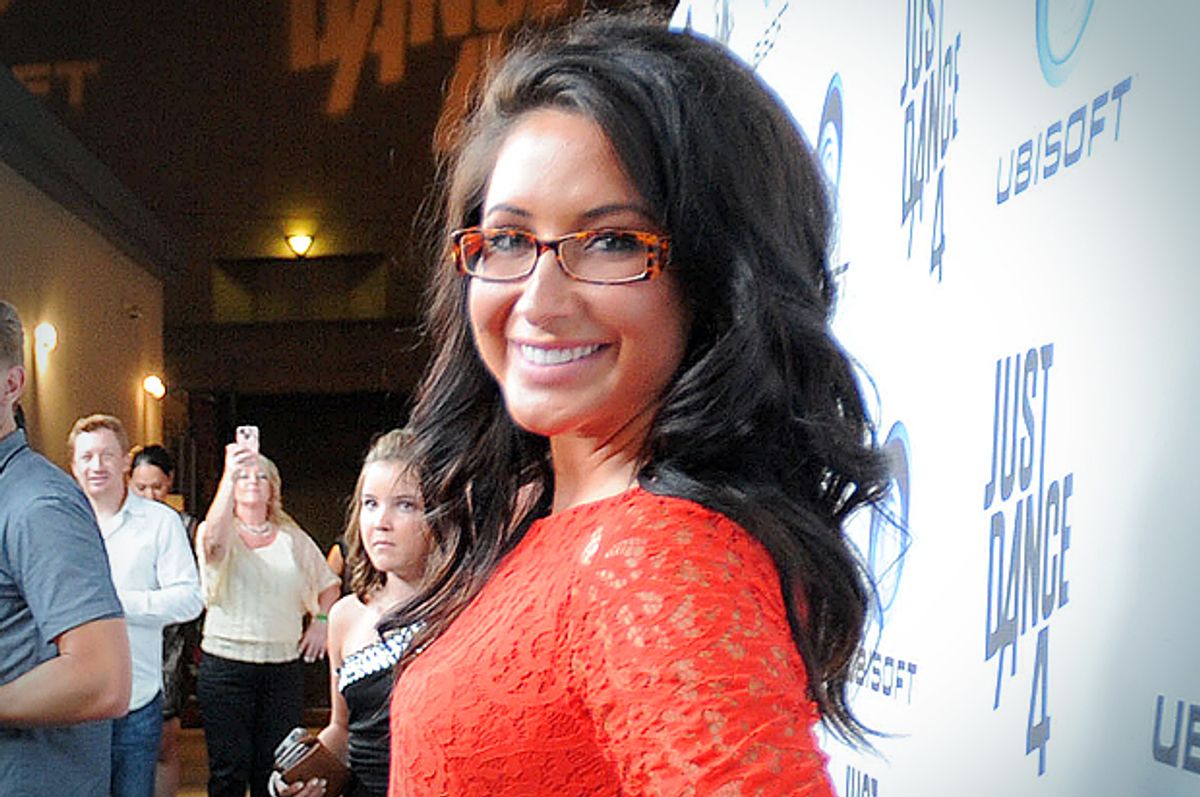 It must be very strange to be a former highly compensated abstinence spokeswoman who is now the never-married mother of two children by two different fathers. It must take a fair degree of mental reconciling to be closely aligned with a political party that is so consistently and so vehemently disparaging of single mothers — well, at least when they're not the daughters of their own former governors. But Bristol Palin somehow makes it look easy.

On Dec. 24, the 25-year-old "Dancing With the Stars" veteran announced she'd given birth the day before to daughter Sailor Grace, and that "my heart just doubled."  Saying that "our family couldn’t be more complete," she also shared a photo of her Tripp — who turned 7 this week — meeting his baby sister.

The whole family seems delighted at the new arrival — Palin's mother, Sarah, took time out of her burgeoning comedy career to share a message declaring Sailor "The best gift ever!" and saying, "Thank you, Bristol, for your strength and good heart and your love of life. The most important people in Bristol’s life were there to witness the miracle of Sailor Grace Palin’s arrival last night. Thank you for sharing the miracle with Piper, Marina, and me, Bri! And we thank Todd for taking care of the rest of the family during this most precious beginning of a great new chapter!"

Though Bristol's ex-fiancé wasn't included in Sarah Palin's litany of her daughter's "most important people" or given a last name credit, Dakota Meyer seemed to confirm his paternity on Christmas Eve with a tweet saying, "Best Christmas present ever!! I couldn't be more proud of this little blessing."

Bristol Palin is likely going to have her hands full for some time now, raising her two young children. But wouldn't it terrific if now that she's got a daughter of her own, she could spend a little time to finally get more realistic about the world our girls and women live in?

I know it's a long shot. When she announced, back in June, that she was expecting, Palin knew she was in for a heap of accusations of hypocrisy, and she stated firmly, "I do not want any lectures and I do not want any sympathy." She also admitted, "I know this has been, and will be, a huge disappointment to my family, to my close friends, and to many of you….Tripp, this new baby, and I will all be fine, because God is merciful." It was a plea for compassion — but one undermined when she abruptly turned around and lashed out at "these giddy a$$holes" and insisted, "I have never been a paid 'abstinence spokesperson.'"

That's a claim that seems to ignore her gig with the Candie's Foundation and her speaker's bureau listing, which put "abstinence" as her primary topic. Palin then soon after wrote a straight up ignorant, facts-challenged blog post about a Washington state birth control program. In August, she unsurprisingly jumped on the anti-Planned Parenthood juggernaut, with a post about "dead babies." And just earlier this month, she listed "Eleven selfish excuses women give to justify ending their pregnancies." Her Instagram, meanwhile, contains jokey retweets imploring poor people, "Instead of burning the American flag, why don't you burn your welfare checks?"

How does she have time to pick so many fights and spew so many half truths while raising a family? On Monday morning, she found time to post a video on Facebook mocking Kwanzaa. Talk about leaning in.

In spite of the obstacles she's faced, in spite of the unjust shaming for her private life, Palin seems resolutely determined to demand she not be judged while judging others. She seems fine with ignoring how unsustainable the abstinence she built a tidy side-career preaching is. She is no longer the teen America first met when her mother was on the campaign trail. She is a woman and a mother of two. Maybe now it's time for her to grow up.