We were surprised too, but where else would the good people of California go to get their Donkey Sauce fix? 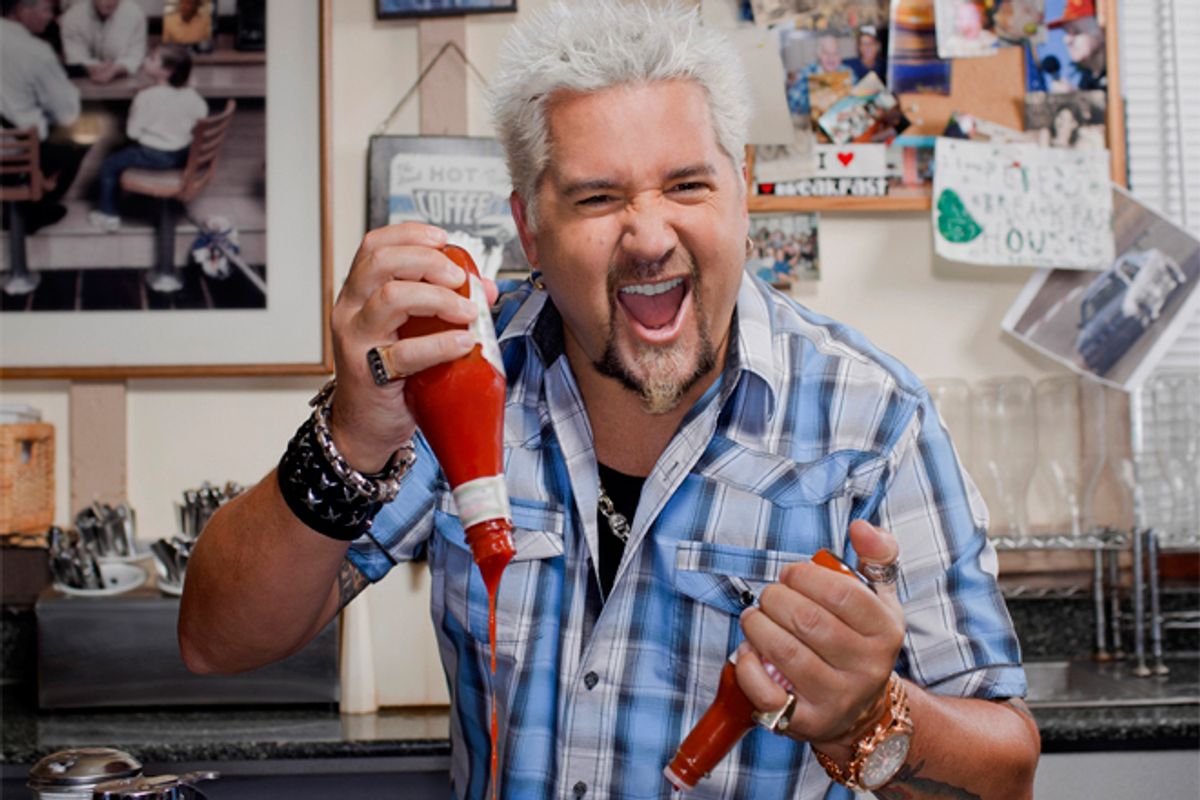 Guy Fieri, host of Food Network's top-rated program -- "Diners, Drive-Ins, and Dives," which has admittedly done more for small businesses than any GOP proposal in recent memory -- is being sued by a business partner who wants to keep the television personality's "Johnny Garlic" restaurants open.

On December 14, 2015, Fieri filed a petition with the Office of the Secretary in California to have the remaining seven locations closed. "Guy Fieri filed to dissolve the company and Steve Gruber filed a petition to stop the dissolution and is exercising his right to purchase Guy’s shares under the appropriate California codes," Johnny Garlic's CFO Amy Witt told Eater's Cynthia Correa. "Under this petition filed by Steve [Gruber], the company will continue normal operations."

According to the lawsuit filed by Gruber, he will purchase the remainder of Fieri's stock in the company and assume full ownership. Gruber presumably doesn't want to engage in too hostile of negotiations, as he remains the CEO of another one of Fieri's highly branded California properties, Tex Wasabi's Rock-N-Roll Sushi-BBQ.

When reached for comment, a Fieri representative said that "[a]fter more than 20 successful years as a partner in Johnny Garlic’s Inc., Guy Fieri has chosen to separate from the company and its restaurants for creative and operational considerations. Guy wishes the entire Johnny Garlic’s Inc., team the best."

Which if New York Times food critic Pete Wells' legendary review of Guy's American Kitchen and Bar in Times Square is any indication, won't involve eating any of Fieri's food. "Is the entire restaurant a very expensive piece of conceptual art?" Wells asked.

"Is the shapeless, structureless baked alaska that droops and slumps and collapses while you eat it, or don’t eat it, supposed to be a representation in sugar and eggs of the experience of going insane? Why did the toasted marshmallow taste like fish?"