The affluenza teen -- and his mother -- face the music. How does up to 10 years in prison sound? 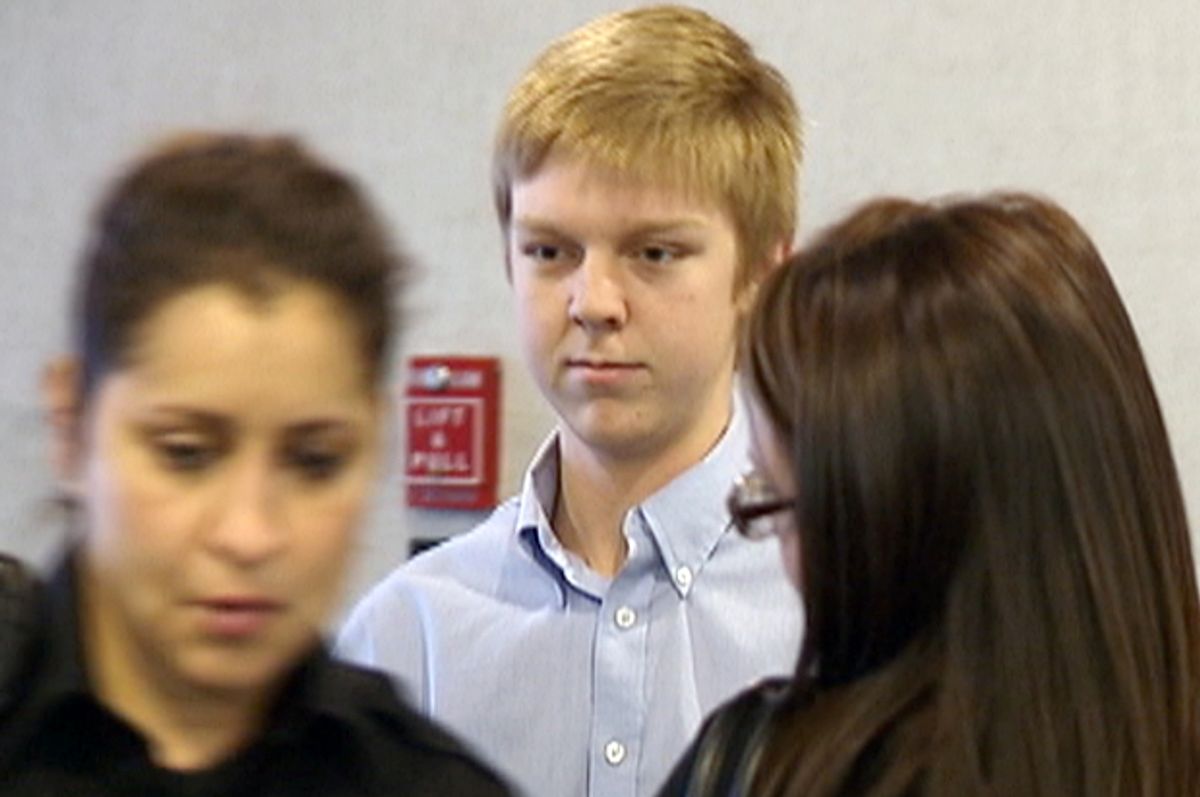 You know what they say — a boy's best friend is his mother. And don't let the fact that Norman Bates said it discourage you, Ethan Couch. Couch, the Texas teen who will go down as the kid who helped popularize the word "affluenza," was apprehended Monday in Puerto Vallarta — along with his mommy.

Earlier this month, the Dallas Morning News reported that a warrant had been issued for Couch after he had failed to make a probation appointment. In 2013, when he was 16, Couch gained international infamy after he was behind the wheel in a car accident that left four people dead and two seriously injured. At the time, Couch tested three times over the legal limit for alcohol. But his defense team successfully got him off the hook for jail time, claiming he was a victim of "affluenza, where his family felt that wealth bought privilege and there was no rational link between behavior and consequences." He was sentenced instead to probation and rehab. It seems not to have stuck.

In December, a video emerged on Twitter that seemed to show Couch violating the terms of his parole by being present at a party involving alcohol. And then he and his mother went AWOL. But on Monday, United States Marshals Service representative Dave Oney announced that Couch and his mother Tonya were in the custody of Mexican authorities. "We’re working to get him back up here," he said, "but we don’t know when." A photograph released to ABC News shows Couch with his eyes at half mast, and his sandy hair considerably darkened.

The newest twist in Couch's tale has of late reminded me of the privileged young scuzzbags of my generation, Robert Chambers and Alex Kelly. In 1986, 19 -year-old Upper East Side former altar boy and prep school graduate Chambers strangled 18-year-old Jennifer Levin during what he described as a consensual rough sex encounter in Central Park. The media quickly dubbed him the "preppy killer." He served fifteen years in prison for manslaughter and in 2008, returned to serve a 19-year sentence on drug charges. In a 2007 interview with the New York Post, Chambers' father said, "Between his mother and I, we have spent well over six figures to straighten young Robert out. He is sick and he is diseased with an addiction." Robert was 41 at the time.

Also in 1986, the same year that Jennifer Levin was killed, Darien, Connecticut teenager and former wrestling star Alex Kelly was accused of raping two local teenaged girls over a four-day period. While awaiting trial, Kelly — who had earned the nickname "preppy rapist" — fled the country. He spent the next several years traveling around Europe, mostly on the financial largesse of his parents. It's nice to have a supportive family. He eventually surrendered to authorities in Switzerland and served ten years on rape conviction. Writing in the Times in 1997, Susan Cheever wrote, "Alex Kelly is not a spoiled rich kid, though he has been spoiled -- by a family that condoned his arrogant, lawless behavior and a community that protects its residents." Kelly is currently working as a skydiving instructor. A 2015 Hartford Courant profile of him notes he's looking to buy the local Ellington Airport, which has a price tag of $2.9 million.

Ethan Couch, meanwhile, a young man who still can't legally drink or rent a car but with a current tally of four deaths under his belt, now faces up to ten years in prison. His crimes are his own, but his ability to get this far with so few consequences -- just like other arrogant, destructive rich kids before him -- certainly got one hell of a boost from his family. But this time, it seems unlikely even his mama can get him out of this one.