6 of the year's most outlandish drug smuggling attempts

There's no end to what people will do to get drugs into the country. Watermelon weed, anyone? 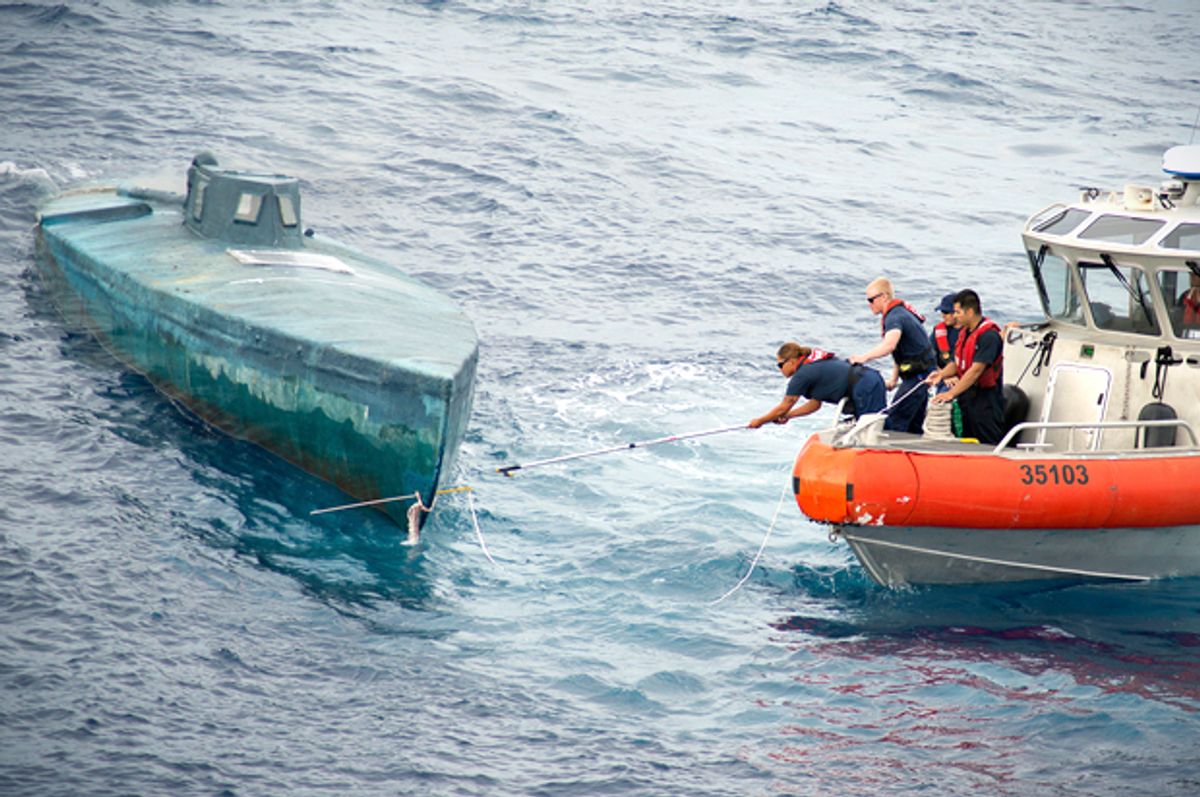 Smugglers resort to all sorts of techniques to get drugs into the country. Here, thanks to the U.S. Customs and Border Protection Service and its list of the year's top seizures, is our own list of the weirdest failed drug smuggling attempts. We can't show you the ones that fooled Customs, for obvious reasons.

1. Weed Watermelons. This truckload of melons pulled up to the port of entry at Nogales, Arizona, in May, but after a CBP drug dog alerted, officers took a closer look. They found 1,455 pounds of marijuana worth $728,000 hidden inside watermelon-shaped bales.

2. Cocaine Subs. When cops, including CBP Office of Air and Marine agents, stopped this homemade semi-submersible vessel in the eastern Pacific in July, they found more than eight tons of cocaine packed inside. The coke had an estimated street value of hundreds of millions of dollars. These are not true submarines—some of the hull remains above the waterline—but their low profile can make detection more difficult.

3. Methmobile. In this March bust at a checkpoint on I-5 near San Clemente, Calif., CBP agents found 69 packages of methamphetamine hidden in the rear quarter panels of the vehicle. That weighed out to 82.36 pounds of crank, which CBP valued at $823,600, or $1,000 a pound. Did they issue a speeding ticket? Just hours earlier, agents at the same checkpoint scored 17 pounds of China white heroin and another 22 pounds of meth.

4. Cable Spools Packed With Weed. In April, a Mexican semi pulling a flatbed trailer loaded with six spools of wound cable pulled up at the Bridge of the Americas commercial cargo lot in El Paso. But the spools didn't really contain cable; they contained 1,365 pounds of marijuana so artfully hidden it took CBP agents more than 12 hours to remove the drugs from the specially constructed hidden compartments. CBP put the value of the weed at more than a million dollars.

5. Meth Shoes. In July, CBP agents noticed a man walking up to the Paso Del Norte port of entry with a certain bounce in his step. It wasn't because of Dr. Scholl's; he had 2.4 pounds of meth in his shoes.

6. Cocaine Fried Fish. A passenger from Jamaica showed up at Miami International Airport in June carrying fried fish in his baggage. When the fish went through X-ray, officers noticed some anomalies, and upon further inspection, saw that some of the fish had their bellies sewn together and appeared fatter than others. They found two pounds of cocaine inside.