"Our voices together brought this monster down": Bill Cosby's accusers celebrate justice, at long last

A celebratory day for the women who say Cosby assaulted them 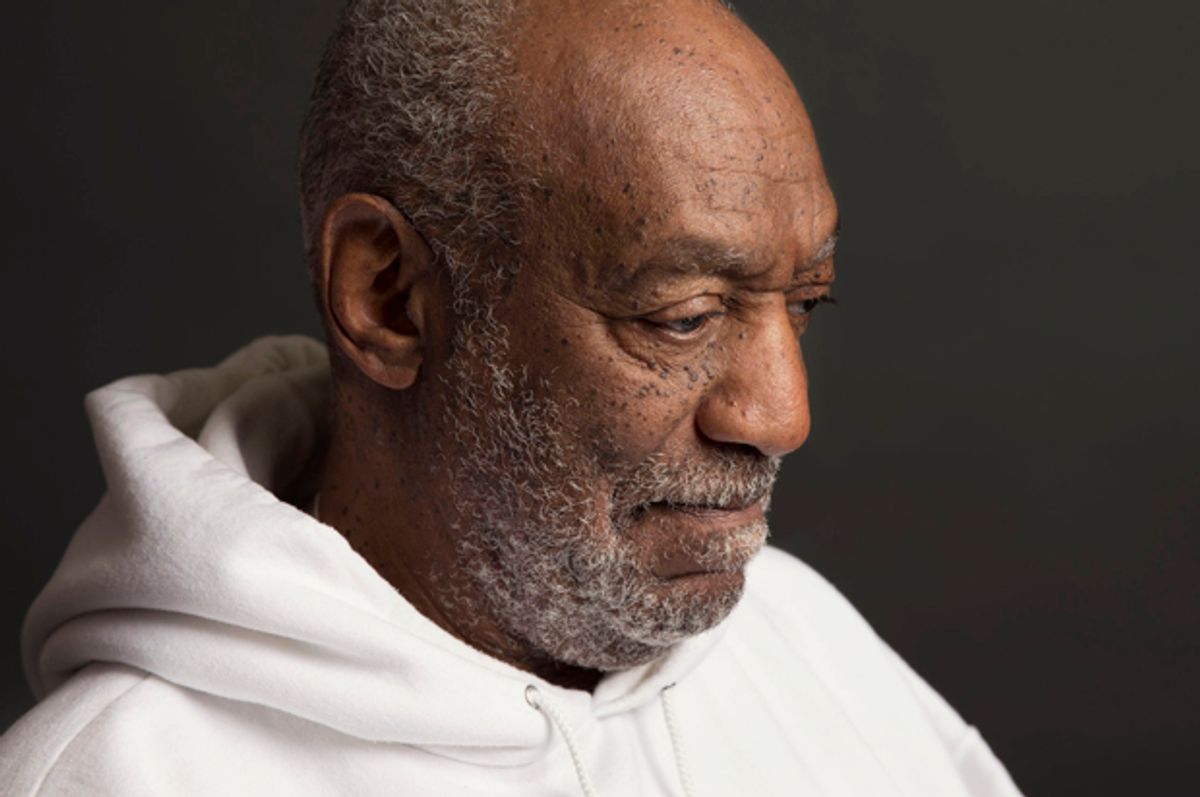 It was only December 30, but it felt like a bottle popping moment had come early for several women. After a warrant was issued in Pennsylvania for 78-year-old suspected serial rapist Bill Cosby on Wednesday, his accusers couldn't suppress their elation. As former Playboy model Victoria Valentino told ABC News, "I can’t wait to get together with all the ladies for a celebration party and crack open the champagne."

Valentino has claimed that back in 1970 Cosby drugged and raped her — after giving her pills to "make her feel better" while she was grieving the death of her six year-old son. Speaking last year, she said she hadn't come forward earlier because "What kind of credibility did I have? In those days, it was always the rape victim who wound up being victimized. You didn’t want to go to the police. That’s the last thing you wanted to do back But this week she had a different feeling. She says, "I just never really thought I’d see the day. I can’t bear to look at his face, you know, but to see him in a vulnerable position compared to how he made us feel so vulnerable. It’s justice. It’s just karma." She says she still carries the hope Cosby will "stand up and tell the truth." She asks him to "Finally face your consequences like a man. We’re standing in truth. You stand in truth." And speaking with CNN, she said she was feeling "relieved, elated, emotional… when I saw the mugshot, I started to cry. It just hit me so hard and I really didn't anticipate that I was going to react that way, but I did."

Cosby accuser P.J. Masten, a former Playboy bunny who says Cosby drugged and raped her at a Chicago hotel in 1972, echoed Valentino's words when she spoke Wednesday to the New York Daily News. "Oh my God, finally, finally, we're all validated," she says. "I'm just so happy for all the victims." Kaya Thompson, a former aspiring model who says that when she was a teen Cosby offered to mentor her and then pressured her to perform a sex act told CNN's Don Lemon that the latest events left her feeling "Shocked. And happy. Prayers answered," and that she did "sort of a happy dance, and then I called a fellow survivor" when she heard. And fellow Cosby accuser Heidi Thomas, who says Cosby drugged and sexually assaulted her in 1984, told CNN, "Many of us, myself included, really didn't think he'd see the inside of a courtroom because of his power and his influence and his money." And on Twitter, model Beverly Johnson said, "When it comes down to it, truth is simple. There is nothing that we give to others that does not come back to us in some shape or form."

What happens next for Cosby, and how his story will play out within the legal system ,is yet to be determined. Though he could face up to ten years in prison, Time reports that in Pennsylvania, a likelier penalty for similar crimes ranges from "22 to 36 months." But for the women who have spoken out after years of silence, these developments are likely more vindication than they ever imagined. As P.J. Masten says, "Our voices together brought this monster down. I’m so happy that the world is going to now see what we know. We’ve pulled his mask off."