Kids are easily fooled -- enjoy it while you can 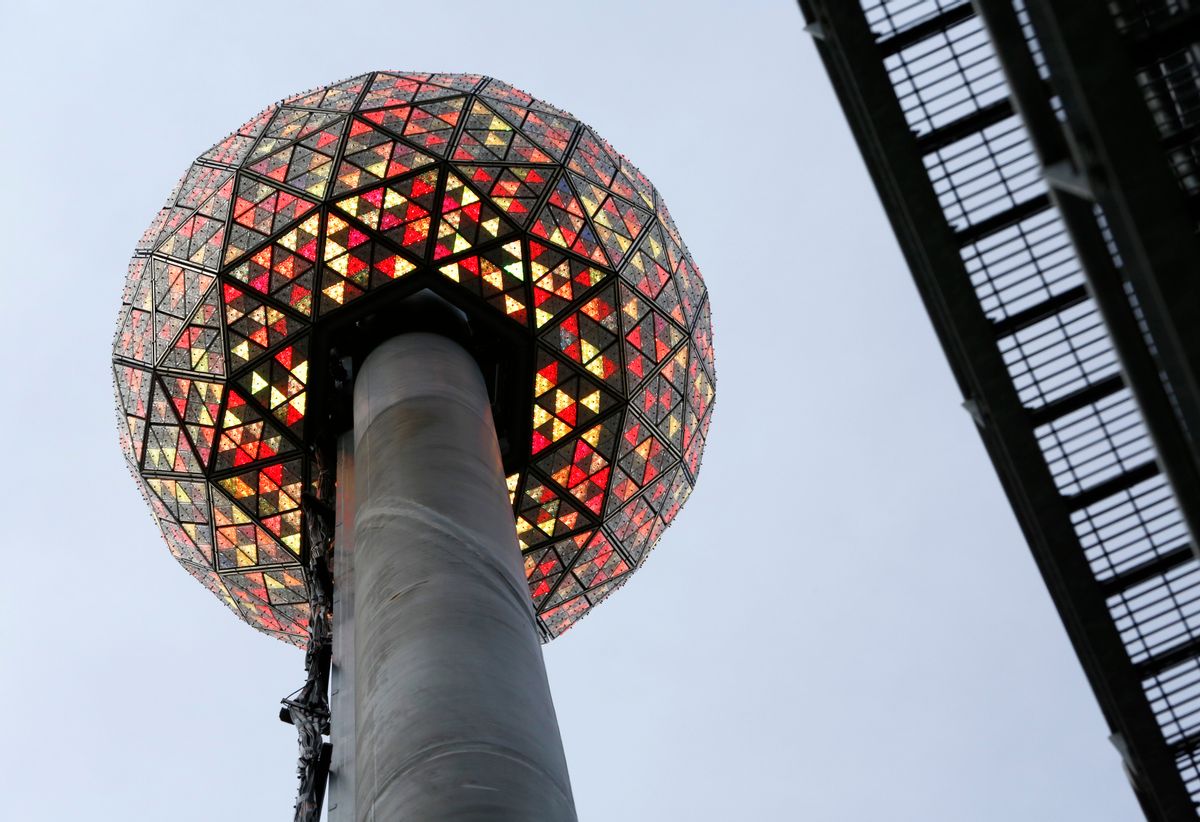 Workers light the Waterford crystal ball during a test for the New Year's Eve celebration atop One Times Square in New York, Tuesday, Dec. 30, 2014. The ball, which is 12 feet in diameter and weighs 11,875 pounds, is decorated with 2,688 Waterford crystals and illuminated by 32,256 LED lights. (AP Photo/Kathy Willens) (AP)
--

Young kids have a lot of strikes against them. They tend to cry a lot. They're super messy eaters. They keep horribly erratic hours. They turn your home into a minefield of Legos. On the upside: They're easily fooled. So thank you, Netflix, for helping us exploit that this year.

The streaming service and not-so-veiled veiled booty call excuse recently announced that a survey of over 9,000 parent subscribers around the world found that 58% of them would be willing to move the New Year up a few hours — and in the US, UK, Canada and Australia respondents said the optimum time for midnight is somewhere around 9 p.m. So in the spirit of giving the people what they want, Netflix is offering six fakeout "New Year's Eve Countdowns" — from the likes of the Care Bears, Project Mc2 and Inspector Gadget — that parents can show their trusting little dupes whenever the hell they feel like it. And then moms and dads can hustle the kids home and/or off to bed before crashing into their own exhausted stupor. Just remember, if your kids are big enough to tell time, to hide the clocks and be super discreet about the timestamp on your phone. You're welcome.

I have a friend who's a mother of three small children who for years has been pulling this stunt. She has a lovely New Year's Eve party, and around the time of the evening the kids start to act like they're running on fumes, she passes out noisemakers, gathers everybody together to count down from ten, and then kicks everybody out. She's my hero. Last week, I ran into a neighbor whose sister, a busy working mother of a toddler, hadn't quite been able to pull together all her Christmas preparations in time. So she simply celebrated two days later, on the weekend, and the child was none the wiser. "It's not he's going to figure it out," my neighbor said. Exactly. My kids are too old for such tricks now, but I can look back and say I don't regret a single incident of pulling the wool over their eyes while I still could.

If you're the kind of person whose natural rhythms are harmonious with a later evening and your child is similarly inclined in a night owl direction, by all means, watch that ball drop. But January 1 will arrive with or without your family's participation, midnight is just some dumb, arbitrary finish line, and let's be honest — aren't we all ready to be done with this year as soon as possible anyway?