The U.S. press has been accused of helping ISIS spread propaganda. On New Year's we saw yet another absurd example 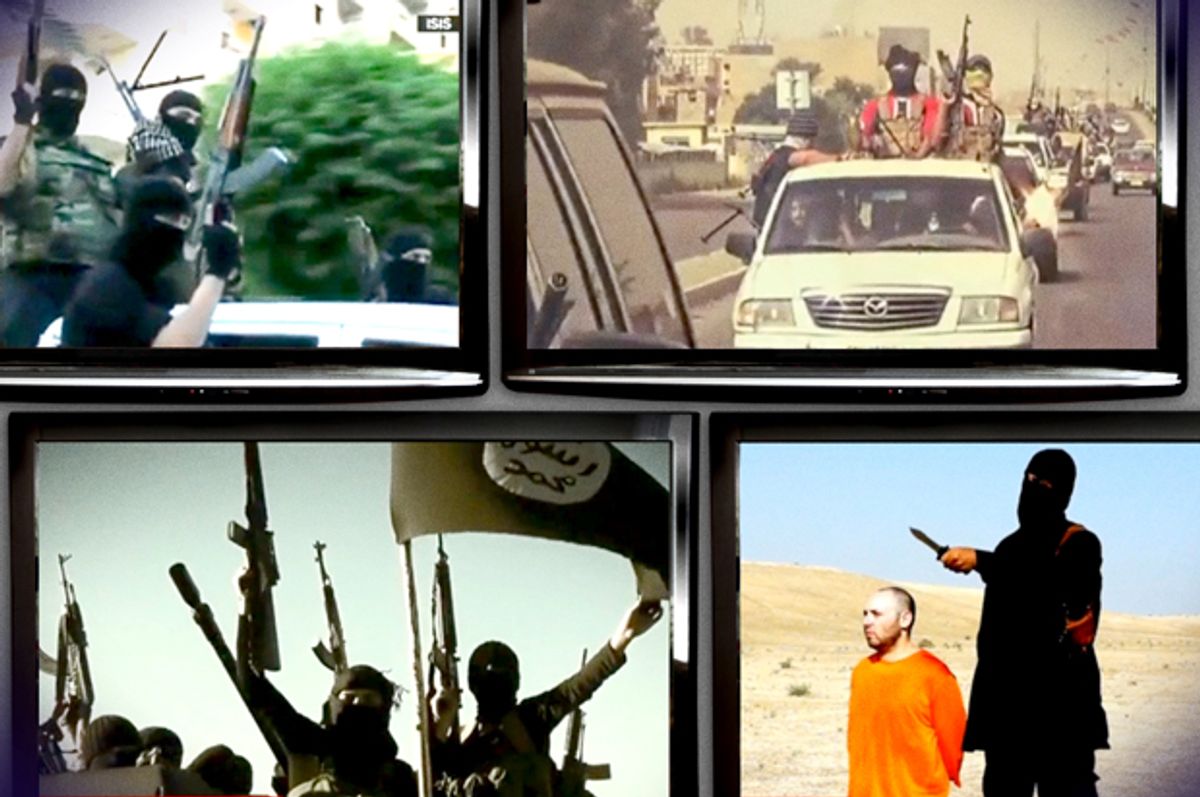 Before almost every U.S. holiday in the past year, warnings of an "ISIS plot" filled the headlines of leading news outlets. It happened on the Fourth of July; it happened on Christmas; it has become commonplace.

Equally commonplace has become the press's misleading treatment of these reports. Virtually every time the media fear-mongers about these supposed threats, it covers up key details — crucial facts that significantly change the impact of the story.

We saw a prime example of this on New Year's. A story about an alleged ISIS plot in Rochester, New York, inundated the media.

NBC published a piece on New Year's Eve subtly titled "ISIS Lover Emanuel Lutchman Planned New Year's Machete Attack: FBI." What the hyperbolic headline did not mention, however, were some critical details — namely that Lutchman was mentally ill and had been entrapped by police informants who were paid handsomely.

The suspect, impoverished 25-year-old Lutchman, had struggled with mental illness for years. He had also attempted suicide multiple times. These should have been red flags, but were scarcely stressed. The irony, of course, is that every time a white man goes on a shooting spree in the U.S. the media is quick to blame the attack on mental illness. But when actual mental illness is involved in a supposed ISIS plot, it is in fact de-emphasized.

Buried in the middle of the piece, NBC furthermore noted that "Lutchman was nabbed with the help of confidential informants who received thousands of dollars from the FBI." That is to say, the U.S. government paid provocateurs large sums of money to entrap Lutchman. This is a decisive aspect of the story to which NBC and a wide variety of other media outlets gave short shrift.

Several paragraphs in, the article also mentioned that Lutchman had called his grandmother after his arrest and told her "it was a sting." "They set him up," Lutchman's grandmother said.

The NBC piece moreover pointed out that Lutchman's grandmother "had never heard him express any radical thoughts or admiration for ISIS."

Lutchman, in fact, questioned the plot in which the FBI was entrapping him too — but this was glossed over by much of the media. In passing, the New York Times mentioned that "Lutchman grew concerned, and said in text messages [to multiple FBI informants] that he 'was thinking about stopping the operation.'"

"But another informer urged him not to be discouraged," the Times added. Again, this means the FBI continued to pressure the mentally ill man into an ostensible plot about which he had concerns.

Adam Johnson, a journalist who specializes in U.S. media criticism, has meticulously documented for media watchdog FAIR how the press has consistently peddled myths and straight-up lies in paranoid ISIS stories like this — again, and again, and again, and, yes, again.

In this case involving Lutchman, Johnson detailed in an article in AlterNet how some of the key claims made by the media are "either factually incorrect or misleading."

For starters, numerous leading media outlets claimed that Lutchman directly corresponded with ISIS. This is unknown, and could be false. Johnson notes that "the actual court documents are careful never to make this specific claim, only saying 'Mr. Lutchman claims to have received direction from an overseas ISIL member.'"

Because of the loose interpretation of laws that dominates the draconian post-9/11 political climate in the so-called War on Terror, the U.S. government can in fact charge citizens with the crime of "material support for terrorism" even if they do not actually provide any material support. Johnson cites a Reuters article that indicates U.S. "federal prosecutors do not have to 'establish a link with specific terrorist activities' in order to charge a suspect with a crime, but only show a suspect intended to 'support or join' a group the government has already labeled a terrorist organization."

Johnson also points out that, despite media reporting to the contrary, Lutchman did not, in fact, buy the weapons that were to be used in the FBI-orchestrated plot; the FBI itself did.

Very often, journalists abandon the skepticism that is supposed to be an invaluable part of their job and instead act like stenographers to power, carrying water for the U.S. government in its surveillance and entrapment of American Muslims.

A later report revealed that, according to Lutchman's grandmother, the FBI had tried to make the young man an informant, but he refused. Lutchman, who was so poor he was unable to afford diapers for his son and had gone to prison for robbery, had posted "complaints about the system" on Facebook, Lutchman's grandmother said. Seeing his disenchantment with a system that had only made his life difficult, the FBI swooped in at his moment of vulnerability and offered him employment as an informant. He declined.

Cases like these beg the question: If ISIS is such a threat to Americans, why is FBI entrapment a factor in almost every single supposed plot foiled in the U.S.? And why does the FBI go after the mentally ill? Americans like Lutchman need mental health treatment, not to be entrapped by police and sent to prison.

In early 2015, I argued the U.S. media had effectively been helping ISIS spread its propaganda, broadcasting its brutal videos to millions of people in exorbitant media networks the extremist group could only dream of accessing. Many journalists, analysts, and politicians have said the same.

President Obama himself in December pointed out that fear-mongering about ISIS and terrorism has dominated U.S. media networks. An investigation by The Intercept found that CNN mentioned "terrorism" and "ISIS" 931 times in December, while only mentioning climate change 135 times and poverty just 34. The coverage on MSNBC and Fox News was equally skewed.

Fantastical stories like this are a testament to skewed reality. These fear-mongering reports, full of lazy tabloid-esque reporting and downright lies, only serve to feed ISIS' propaganda machine, further demonstrating that the U.S. media is essentially helping ISIS spread its propaganda, whether wittingly or not.