Palestinians were kicked off a flight in Athens, showing they're not even granted equal rights outside Israel 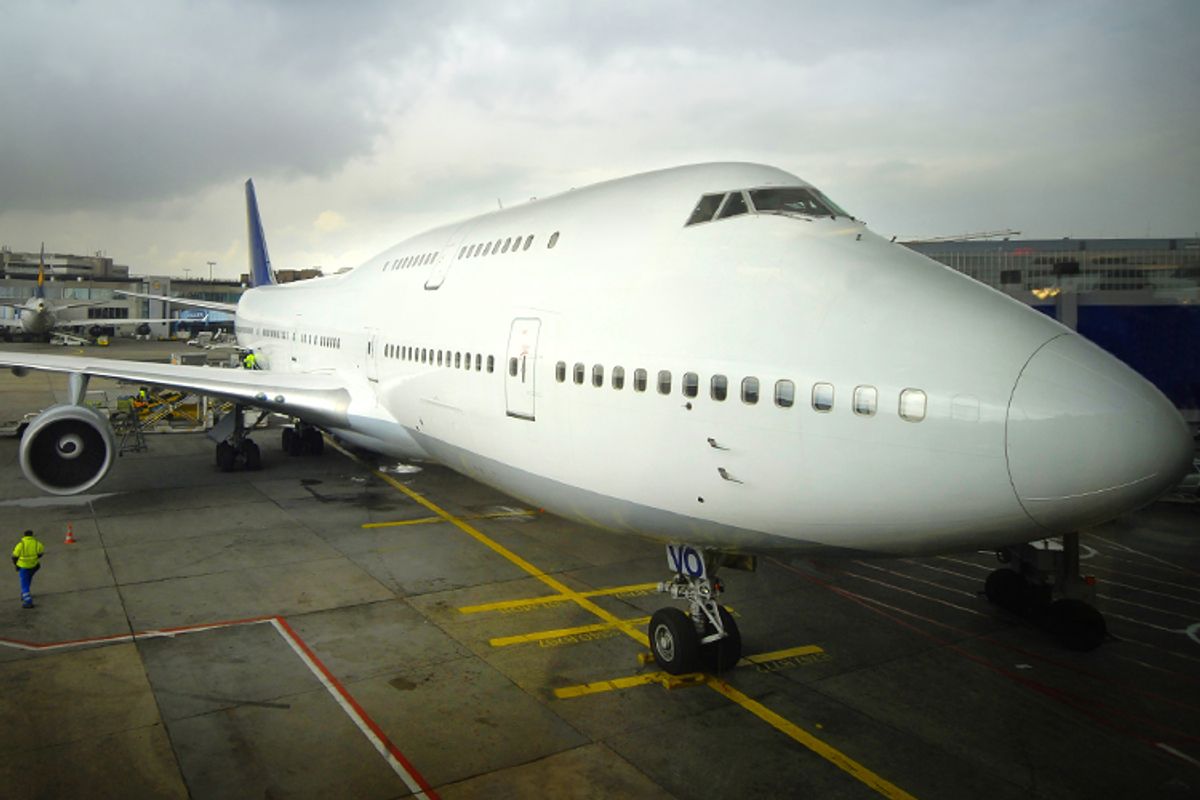 Palestinian citizens of Israel are effectively second-class citizens. Israeli human rights group Adalah has documented more than 50 Israeli laws "that directly or indirectly discriminate against Palestinian citizens of Israel in all areas of life, including their rights to political participation, access to land, education, state budget resources and criminal procedures."

A recent incident, however, shows that Palestinians are not even granted equal rights outside of Israel.

On Jan. 3, Israeli passengers on a plane in Greece forced the crew to kick off two Palestinian citizens of Israel, according to reports in the Israeli media.

The incident took place not in Israel's Ben Gurion Airport, but rather in Athens International Airport.

Aegean Airlines said a "small group" of passengers "very vocally and persistently" ordered that two Palestinians on board be "checked for security issues." The captain called police, who checked the "documents and identities" of the Arab passengers and said there were no security problems at all.

Anti-Arab racism struck, however, and the other passengers were persistent. They disrupted the flight and refused to let it take off until the Palestinians were removed.

The plane, which was flying from Greece to Israel, was delayed for more than 90 minutes.

Aegean Airlines eventually convinced the Palestinians to leave the plane, offering to pay for a hotel room and ticket reimbursement.

The airlines later apologized, saying, "We again thank the two [Palestinian] Israeli passengers who agreed to disembark for their understanding and collaboration and we apologize for the whole episode, which was indeed extremely unfortunate."

Newsweek reported that a spokesperson for the Israeli embassy in Greece "described the incident as 'unfortunate' but would not comment further."

Nidal Othman, the director of Israel's Coalition Against Racism, told Newsweek, "The problem is with the political leaders who make more incitement against Arab citizens of Israel, starting with Prime Minister Netanyahu."

"I can understand the fear of the people, but this fear is coming from racial incitement," Othman continued. "At the same time that I am understanding this fear, I will not accept such treatment from the people. It's racist."

Lawmaker Michal Rozin, of Israel's small left-wing Meretz party, condemned the incident. "It can't be that a commercial company, which has signed aviation agreements with Israel, allows itself to disembark passengers based on their physical appearance at the demands of [other] passengers," Rozin said, in comments quoted by Israeli newspaper Haaretz.

Rozin blamed the racist act on the Israeli government, insisting that right-wing Prime Minister Benjamin Netanyahu "and his ministers sow fear and hate through slander and incitement, and this is the result."

"The government must understand that marking Israeli-Arab citizens as potential terrorists leads to the loss of morals and values that endangers our future as a society," he added.