Republican front-runner actually set the actor up on a golf date -- with Bill Clinton, according to Jackson 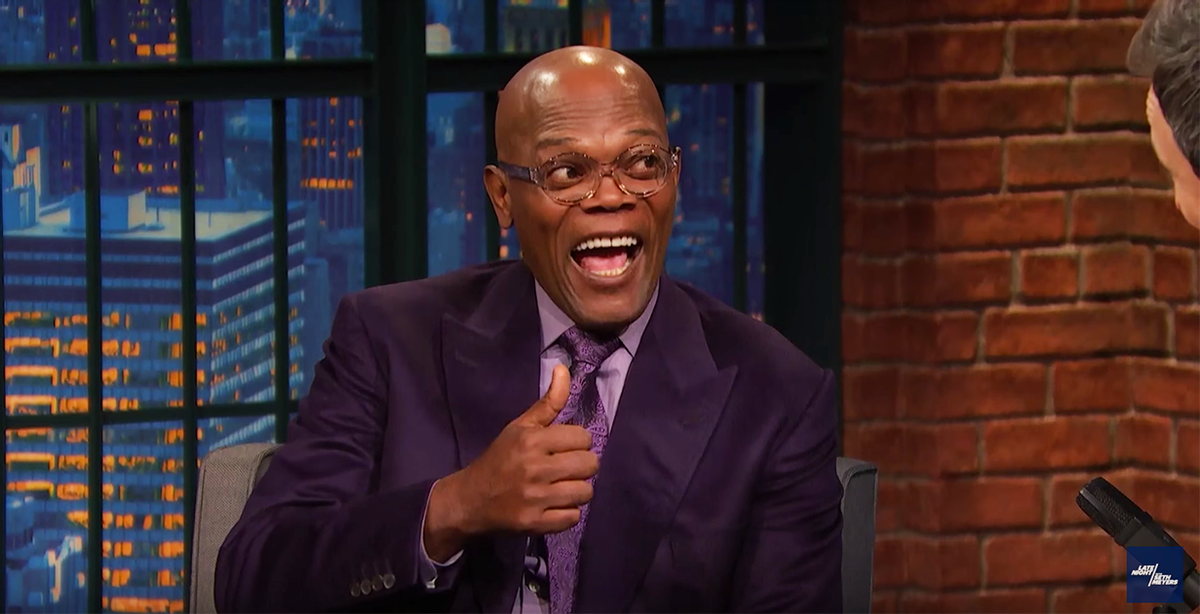 Donald Trump has a long and growing list of people that he hates. One of them is Seth Meyers, who said that he feels a special kinship with actor Samuel L. Jackson -- a guest on Tuesday's "Late Night." Evidently Jackson also has a feud with Trump.

At some point in an interview, Jackson apparently said that he was a better golfer than the Donald. At some point, Trump signed Jackson up for a golf club membership -- that Jackson got a bill for despite not having gone in three years. Naturally, Jackson refused to pay it. Trump tweeted that he doesn't even know Jackson and thinks he gets too much media exposure. "Not a fan," Trump said.

Jackson called bullshit, saying he's met Trump "a lot" and played golf with him. This is concerning since Donald Trump has, in his words, "the world's greatest memory" and that everyone knows that.

Jackson told a story about golfing with Trump and said that he hit the ball very obviously into the lake and his caddy went to "find it" and he certainly wasn't wet when he returned.

Interestingly, another person who can verify that Trump knows Jackson is Bill Clinton, who wanted to play golf with Jackson and got Trump to make the introduction.

"I have to say, if we can prove that Donald Trump is lying, this might be the very thing that brings down his campaign," Meyers joked. Jackson laughed and gave a thumbs up.