"Are you f**king kidding me?": Trevor Noah unloads on inhuman Fox News tear-truthers

"Shedding tears when you think of murdered children is not really believable?" Noah exclaimed 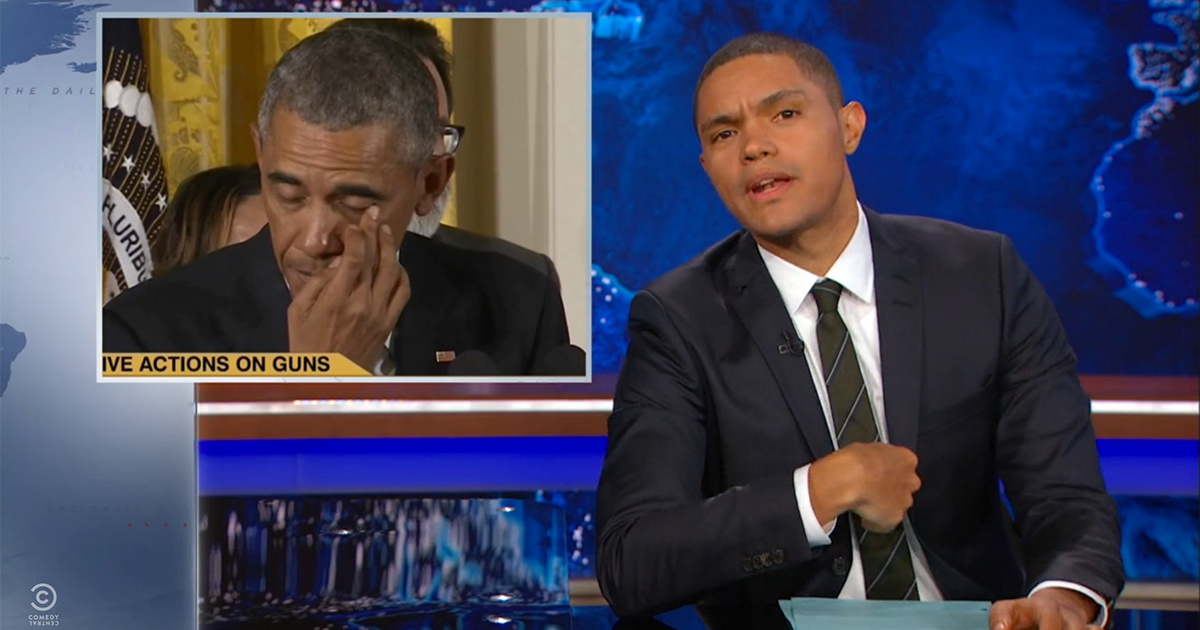 Wednesday night's "Daily Show" brought out Trevor Noah's annoyed side when the host called out Fox News for their refusal to believe that President Obama was showing emotion during his press conference about gun violence. When talking about the children killed at Sandy Hook Elementary School, Obama teared up and the right-wing lost their minds.

"See that thing you're feeling right now? That pain in your chest. That comes from watching someone weep on national television, because he knows that society can do better than to file the shooting of children under ‘shit happens.’ That feeling is how you know that you are human," Noah said. "No matter how opposed to Obama's policies some people may be or how cynical their politics, they have to at least acknowledge and respect the raw authenticity of that emotion. Or so you would think."

Noah then ran clips of every heartless bastard on Fox News from co-host Melissa Francis to Andrea Tantaros. Noah wasn't having it. "Are you fucking kidding me?" he asked, furious. "Shedding tears when you think of murdered children is not really believable? You know what, there is something here that's not really believable: the fact that the rest of us have to share the title of human being with you."