America is a "sedentary, unmotived, uncurious population garnished with a little weed" 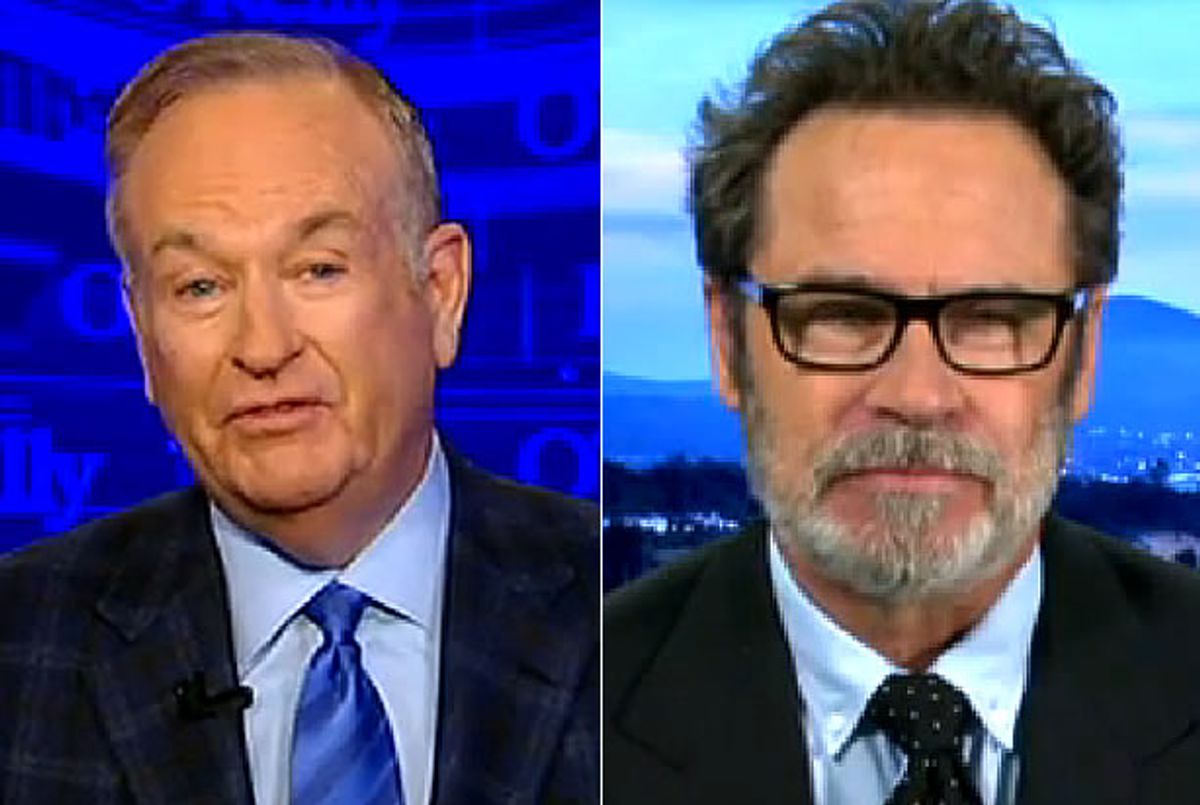 On "The O'Reilly Factor" Wednesday evening, comedian Dennis Miller spoke to host Bill O'Reilly about celebrity branded marijuana and its effect on the American people.

O'Reilly opened by contending that because marijuana is a drug, all of these celebrities are actually drug dealers. Miller shot back that marijuana is legal in many states -- but that didn't stop him from also taking shots at the celebrities who have lent their names to strains.

"Snoop is the Ron Popiel of pot," he said, referring in his ever-relevant fashion to the marketing pioneer who brought America rotisserie chicken in the 1950s. "This guy has done more for grass than Miracle Gro, he's the George Washington Carver of dank."

After O'Reilly explained that "dank" is "an expression frequently used by stoners and hippies" -- who still exist in O'Reilly's world -- "for something of high quality," Miller continued, claiming that marijuana is exactly what the American people don't need.

"I don't think this is the end of the world," he said, "but I do think that when you take a sedentary, unmotivated, and uncurious population and you garnish it with a little weed, it doesn't augur well for the country. If we get much more lazy in this country, I'm going to start getting stoned. When in decline -- recline."

The segment on which Miller regularly appears is, for the record, called "Miller Time," a reference far less arcane than the ones Miller prefers, but nevertheless relevant.