He cries for Americans alone: Our wars and violence destroy families — those kids deserve Obama's tears too

The U.S. is responsible for countless deaths around the world, yet the president doesn't weep for those victims 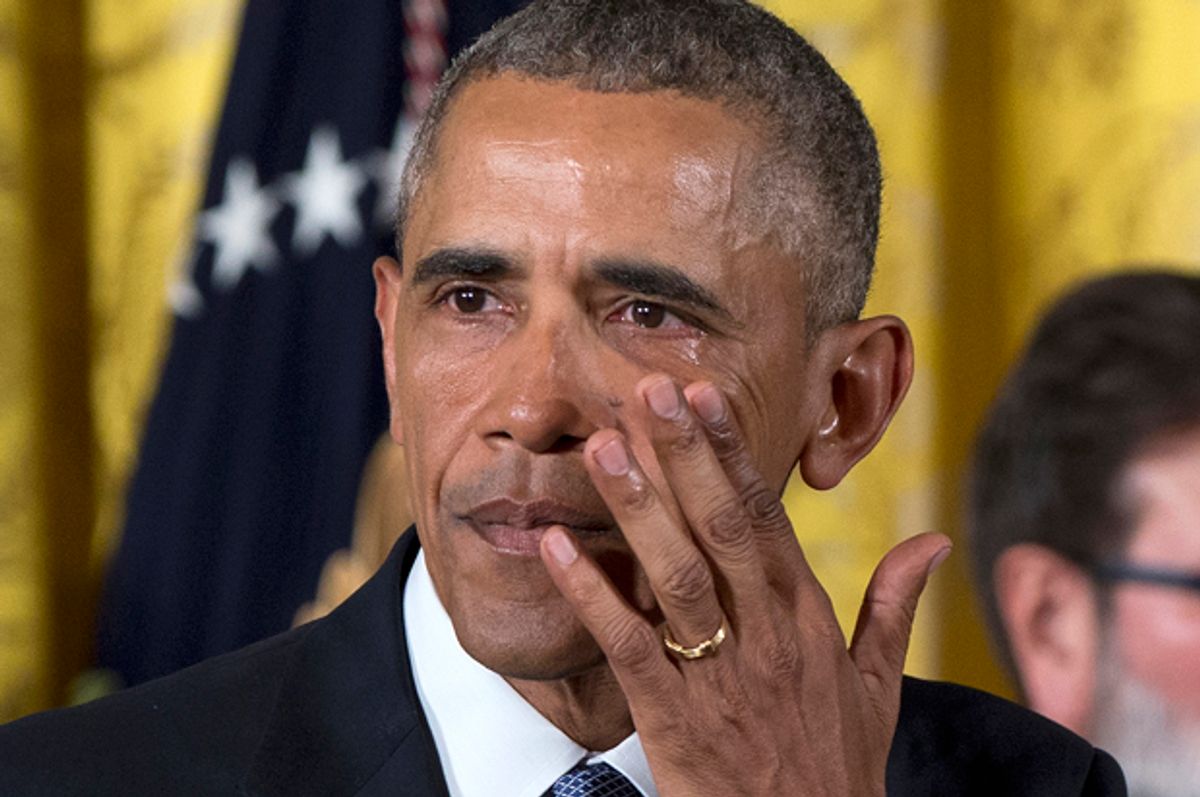 "If there's one thing that you want people to take away from your lectures, your appearances, what would it be?" journalist David Shuster asked professor Cornel West, the scholar, philosopher and activist, in a 2014 interview.

"It would be," West replied, "that a baby in every corner of the globe — be it in Tel Aviv or be it on the West Bank; a baby in Yemen, Somalia, Pakistan or Newtown, Connecticut; or a baby in South Side Chicago, Koreatown, brown barrio, Indian reservation — they all have the same value."

President Obama and the U.S. government would do well to heed West's advice.

At a news conference Tuesday, Obama announced that he is taking executive action to address gun violence. Tears fell from his eyes as he dramatically spoke of the tragedy, as he lamented that American children are dying.

But what of all the countless other children killed by the U.S. government, overseen by the Obama administration? Do they not get tears too?

Gun violence is a horrific problem in the U.S., and Obama is right; it is not normal. No other country has such an extremely high incidence of gun violence. If there is an element of truth to the myth of American exceptionalism, it is that America is exceptionally violent.

And there is no doubt that Obama's tears are genuine. It is indeed a horrific tragedy that American children — or anyone else — has to die from senseless gun violence. The president doubtless feels genuine remorse at this deplorable reality.

But genuineness and moral hypocrisy are not mutually exclusive; one can feel genuine sympathy about one form of injustice or oppression while ignoring or even actively carrying out another.

Obama is quite skilled in this area — in the field of what West dubbed "monstrous mendacity."

Where are the tears for the thousands, even millions of other children slain by America?

Again, where are the tears for these victims — for the victims of violence Obama himself has perpetrated, or at least overseen?

One might not need to call the president's lamentation a case of crocodile tears, but one must recognize the egregious double standard at work.

It is for precisely this reason that Cornel West and Obama had a falling out, in fact. West has called Obama's administration a "drone presidency" and Obama a "counterfeit." West has condemned the Obama administration for failing to act on the belief that children's lives "all have the same value," for failing to demonstrate a commitment "to the decency and the humanity of each and every person."

West — along with so many others, all around the world — has simply requested that the U.S. government mourn all lives equally. Is it really so much to ask?