Larry Wilmore renames Fox News: This may be his crowning moment on guns and right-wing horror

If Obama cried over every act of violence, Fox would change its name to "The Obama Is A Weeping Queer Channel" 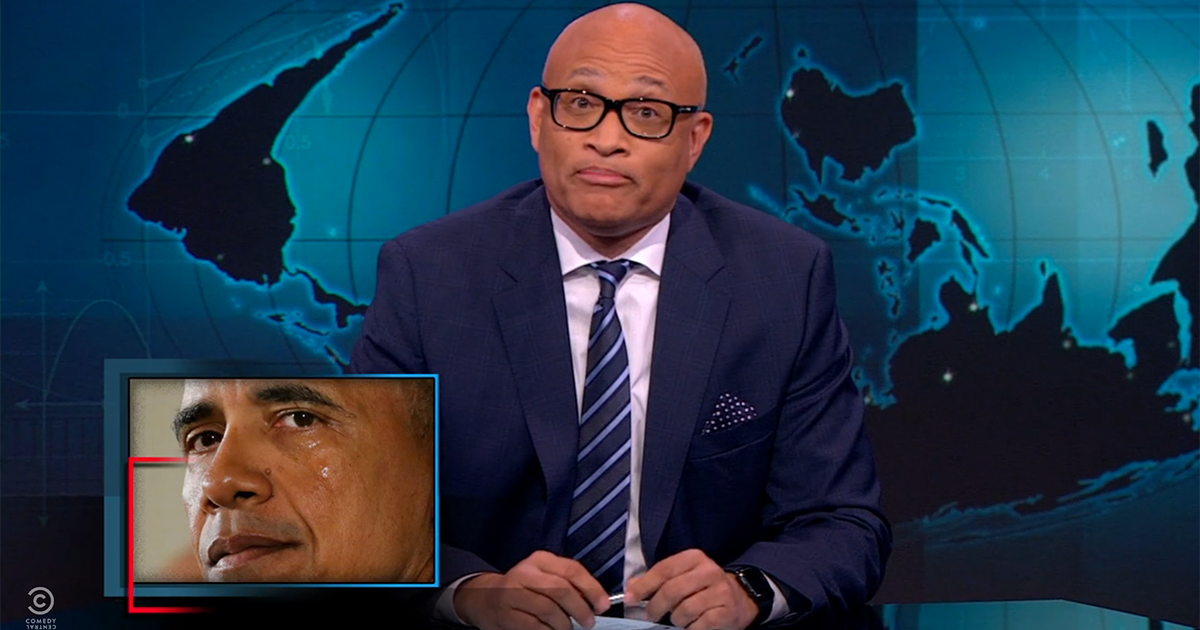 There have already been 170 deaths this year, as of January 6, due to gun violence, Larry Wilmore started off Wednesday's "Nightly Show" saying. "It's not even been a week!"

"Watching a sitting U.S. president tear up over the deaths of children as he tries to affect change in a seemingly intransigent system.... There's got to be something really wrong with you if you find fault with that," Wilmore said of Obama's tearful moment during Tuesday's press conference on executive orders on guns.

Wilmore then ran a clip of the disgusting comments from Fox News co-hosts who questioned the authenticity of the president's emotion. "The guy cries about dead children and you've got notes?!" Wilmore exclaimed. "Has mourning dead children really become a partisan issue?!"

In true Fox News style, once they criticized the president for crying, they then criticized him for not crying more about other acts of violence. You really can't win with these people. "Oh stop it!" Wilmore exclaimed after showing the clips. "If Obama cried over everything Fox News wouldn't even call itself Fox News anymore. They'd call it 'The Obama Is A Weeping Queer Channel.'" Even so-called moderate Meghan McCain called Obama's emotion nothing more than "bad political theatre."

McCain also said that under Obama's rules if her brother sold her other brother a gun he's now considered a dealer. "Yeah...." Wilmore said confused as McCain's statement. "He dealt a gun!" Much like if you sell cocaine only one time but it happens to be to a cop you are arrested as a cocaine dealer. Welcome to reality, Meghan.

But the best came from the Republican candidates for president. Donald Trump said that he would veto it, then corrected himself saying he would un-sign it. Trump is clearly not educated in the way that Executive Orders work when issued from the White House. Pro Tip: perhaps he ought to be if he plans to give a speech about them. "Do you have some sort of vacuum pen that sucks ink off?" Wilmore mocked.

Watch the video of Wilmore below which also includes a hilarious quote from John Boehner who said that no one in Washington ever cried before he cried.