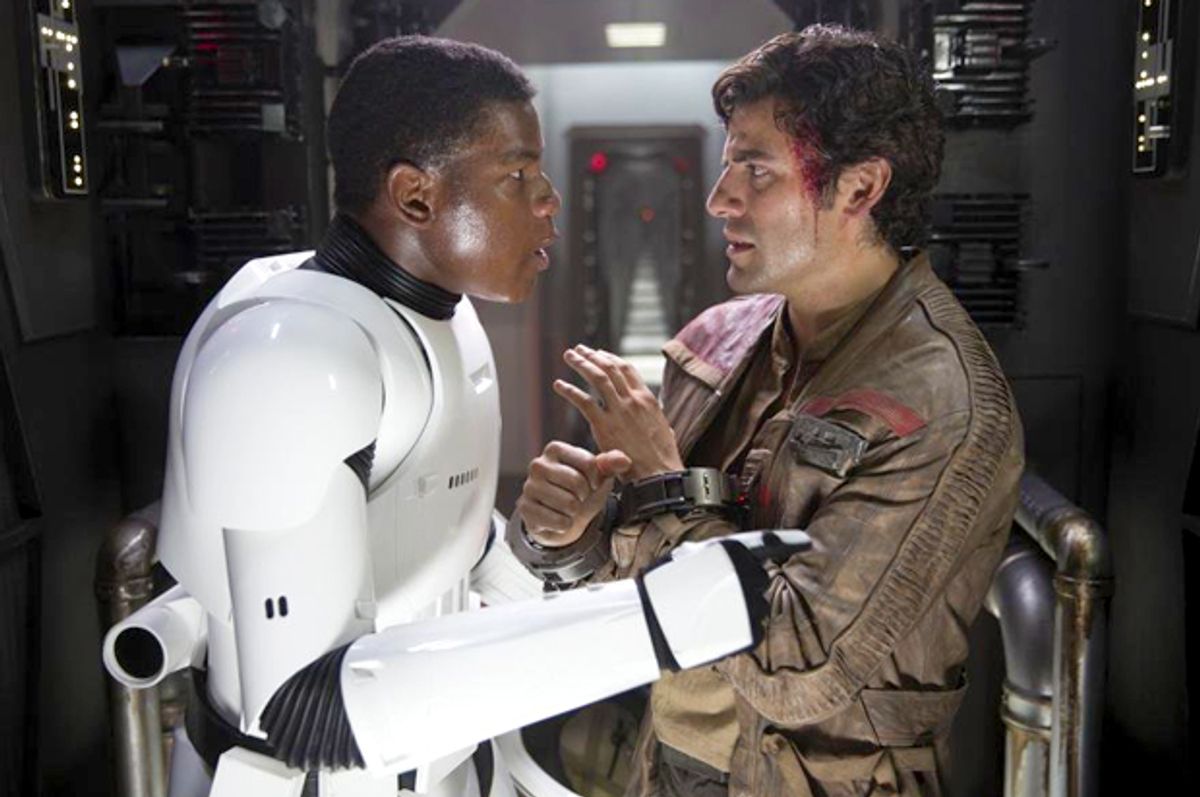 This week a concerned subset of the Internet was abuzz with speculation over the likelihood of a pseudo-sexual relationship between Poe Dameron and Finn, two “Star Wars: The Force Awakens” leading male characters.

“The Force Awakens” has been hailed by progressives for introducing a female heroine, Rey, and Finn, a black Stormtrooper-turned-Resistance fighter played by John Boyega. But evidence of a gay relationship brewing in the foreground of a Hollywood blockbuster may have been a little too good to be true.

Well, according to a tweet from ShortList features editor Chris Mandle, it is. In a forthcoming interview with ShortList, Boyega tells Mandle that the Finn/Poe romance “is not canon” and “only exists ‘in Oscar’s head.’” (Boyega is referring to Oscar Isaac, the Guatemalan-born actor who plays Poe.)

And out of one debunked theory, another yet-to-be-debunked one is born:

At any rate, theorists will have to sit on the info at hand until Episode VIII (which, according to IMDb, is currently filming) premieres--or at least until the interview drops on January 21.