America is quickly becoming an unrealistic, unbelievable film about how awful Americans will one day become 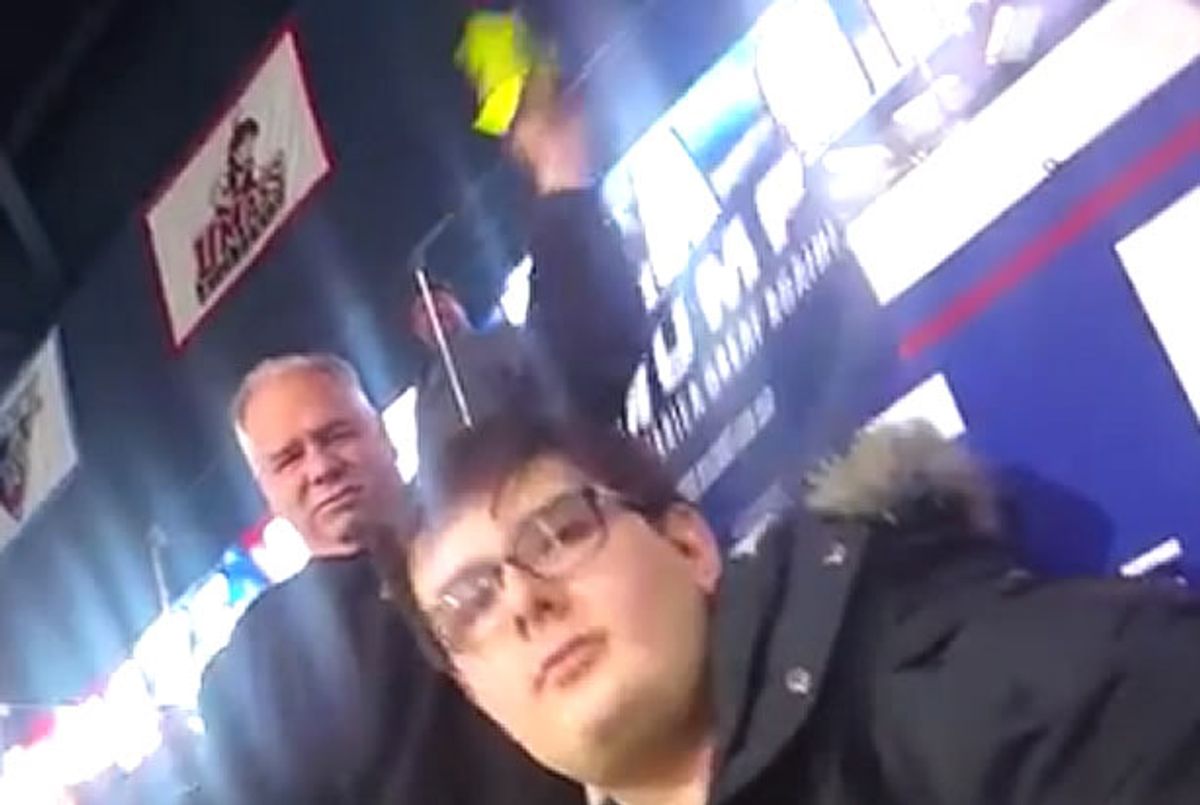 The incident, captured on video, begins with a man in front of the protesters asking them if they're at a Trump rally. "Are you at a Trump rally?" he asked, before demanding of their signs that they "Ditch them! Ditch them!"

Another man walks up from behind, and despite the fact that the protesters have only asked whether people disagree with his sign, yells "Shut your mouth!" The two men both make a grab for the protesters' signs, while those surrounding yell "Trump! Trump! Trump!"

The GOP frontrunner apparently noticed the fracas, and asked the crowd whether it involved "friend or foe." He continued, saying "sometimes I'll tell people 'Get 'em out of here,' and the press will go, 'He's so mean.'"

Having washed his hands of any responsibility for what happens at a campaign event, he continued to speak about how he will make America great again, while security removed the protesters from the premises.

The crowd chanted "USA! USA! USA!" as the pair were escorted out.