"You're not going to talk about pot are you?": Rand Paul completely dodged a question about weed on Colbert

"I thought we said before we would not talk about pot," Paul said to Colbert, oddly 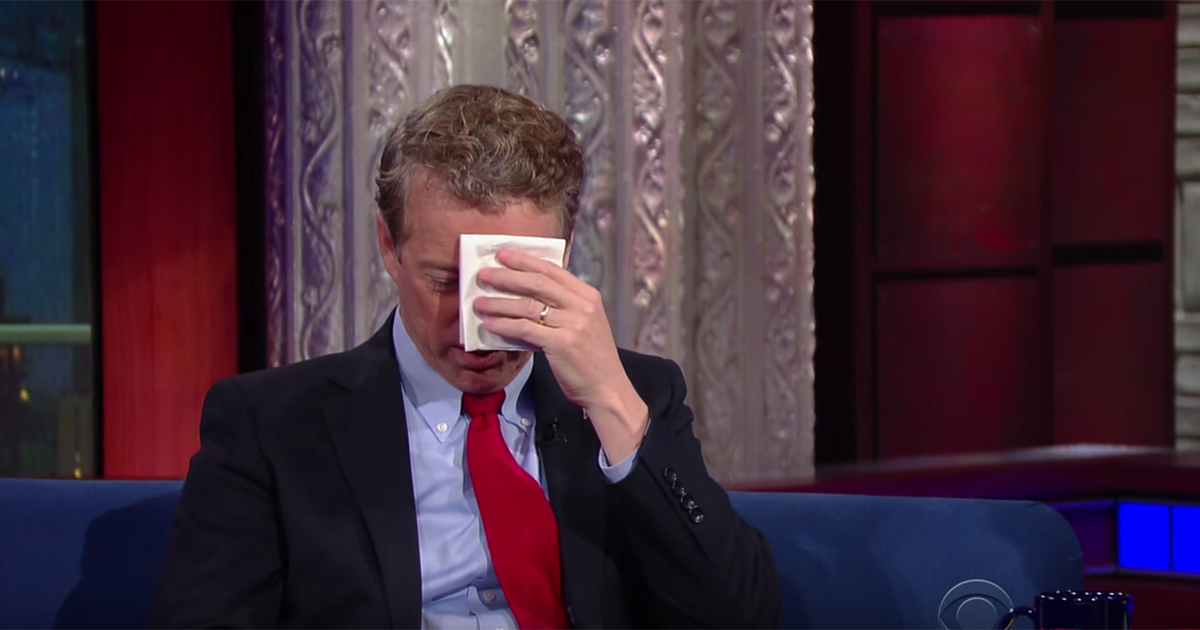 Republican presidential long-shot Rand Paul was on "The Late Show with Stephen Colbert" Wednesday night, and while he might have a lot to say about policy on the debate stage he focused more on jokes instead.

As it turns out, Paul considers himself "Libertarian-ish" when it comes to policies because he says that conservatives are too willing to sell out privacy and liberals haven't been great on economic liberty because they want rules on banks and Wall Street and whatnot.

"All kidding aside, there's a certain seriousness to leading a nation of 300 million," Paul said when asked about his attacks on Donald Trump.

Paul also admitted to cutting his own hair, which he said sometimes required drinking before hand. Paul may not have been asked about the price of milk, but he certainly knows the price of mock turtlenecks at Target because he's considered the worst dressed on the campaign trail.

When it came to the question "Libertarian-ish" Paul gets frequently, and is compared to his father on, he was unwilling to talk about entirely."You're not going to talk about pot are you?" Paul said looking like a deer in headlights. Colbert asked if Paul was a cop. Paul pretended to wipe sweat from his brow with a handkerchief. "I thought we said before we would not talk about pot," Paul said.

While Paul and Colbert may have been joking about the issue of marijuana legalization and Paul's position, they didn't talk about it and he didn't answer any questions about it. It's almost as if Colbert wanted to talk about it and Paul said no backstage -- so Colbert found a creative way to talk about not talking about it. Regardless it was a little weird and lacked the "seriousness" that Paul just criticized Trump for lacking on issues.