A tale of 2 professor firings: Stop handwringing about student activists — university administrators are still very much in charge 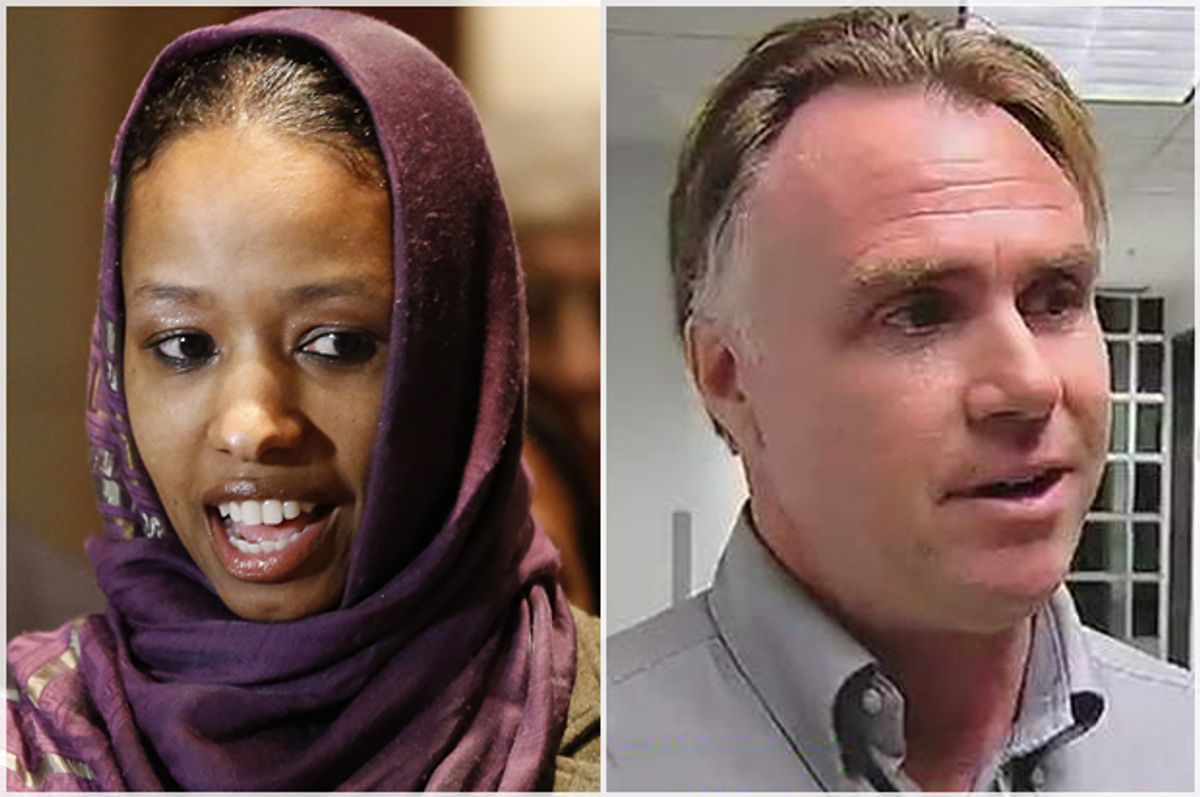 Earlier this week , the Sandy Hook “truther” professor, James Tracy, was fired from Florida Atlantic University. A tenured Associate Professor in the department of Communications and Media Studies, Tracy was not fired due to his outspoken claims that the 2012 shootings in Newtown, Connecticut, were staged by “trained ’crisis actors’ [who] may have been employed by the Obama administration in an effort to shape public opinion in favor of the event’s true purpose: gun control.” As a professor who taught a course in conspiracy theory, Tracy was well within his field of expertise. However much the university administration may have disagreed with his views, he was not censored or otherwise told to stop blogging about his “false flag” theories. Things got a bit messier when he demanded that the parents of one of the victims, six-year-old Noah Pozner, prove to him that their child had existed. But the official reason why the administration finally terminated him was for “insubordination and circumvention” of university policies. In short, he’d  failed to file the necessary paperwork informing the administration that he’d been blogging.

This is the academic equivalent of nailing Al Capone for tax fraud, but rules is rules, yes? Maybe. For with every set of rules (bylaws, guidelines, codes of conduct, criminal law, etc.), there are always three questions that must be asked: who makes them, who enforces them, and who gets punished? For not only is Tracy is fighting his termination, the same legalese is now being used by Wheaton College to justify its firing of tenured professor Larycia Hawkins, whose case made headlines this past December when she—a practicing, devout Christian--wore a hijab during Advent to show her solidarity with Muslims. For that gesture late last year, she found herself suspended from her faculty duties at this private liberal arts college near Chicago, Illinois. Earlier this week, the college issued a statement that has begun the process of firing her.

Wheaton is not a seminary or theological college. As part of its evangelical mission, it nonetheless requires its faculty to adhere to twelve articles of Christian faith, including belief in God, affirming that He is creator of the Heavens and the earth, that Jesus Christ was conceived by the Holy Spirit, and so on. The document bears more than a passing resemblance to the Apostle’s Creed, which may be a reflection of  the college’s Methodist roots. For the time being, Wheaton also has a reputation as one of the best small liberal arts colleges in the Midwest with a current student body numbering around 2,500. Based on comments appearing on a Change.org petition demanding “Doc Hawk’s" reinstatement (now reaching 55,000 signatures) that reputation is deserved.

Remarks made by self-identified alumni offer cogent defenses of Hawkins’s support of Muslims, even as they expose the inconsistencies in the administration’s own putative theological dispute with her. Many of them are noting that the administration's sticking point, which revolves around Hawkins's observation that the monotheistic Abrahamic religions (Christianity, Judaism, Islamism, and Bah’ai) all worship God, was a position previously sanctioned by Wheaton’s administration as well as defended by one of the college’s most illustrious graduates, Billy Graham. Ironically, Wheaton has indeed educated its students well, producing critical thinkers as well as those most rare of contemporary beasts: educated liberal Christian evangelicals.

An Associate Professor of political science, Hawkins’s research focuses on the intersection of “race, religion, and politics.” A quick glance at the hashtag #ReinstateDocHawk and the Wheaton College twitter account shows that she is beloved by its students, who are also stressing that she is Wheaton College’s only tenured female Black professor. In fact, there is a photograph of her on the “diversity” FAQ page of the Wheaton website accompanying a weak official statement regarding recruitment efforts to bring in faculty of color that boil down to Hawkins being their one Black friend. All things being equal, you’d think they’d be bending over backwards to keep her.

And yet, after reading through hundreds of comments made on various outlets on social media, it is difficult not to conclude that a preponderance of students and alumni believe that she is not being fired for the “theological implications of her public statements,” per the college’s official statement, but because she is a Black woman who supports liberation theology, and works to bring love, justice, and mercy to the oppressed, including Muslims. As one commentator noted:  “the loudest public supporters of the decision to designate Dr. Hawkins on leave are also vitriolically opposed to Muslims and displays of solidarity with them.” In other words, as stated by Yale University scholar of Divinity, Miroslav Wolf: “Her suspension is not about theology and orthodoxy. It is about enmity toward Muslims. More precisely, her suspension reflects enmity toward Muslims, taking on a theological guise of concern for Christian orthodoxy.”

Despite the differences in their situations, the firings of Tracy and Hawkins expose something crucial about the power dynamic inside the institutions of higher education. For all the whining about student "fragility" and precious snowflakes demanding “safe spaces,” the students at FAU have not protested Tracy’s dismissal, even as the Christian community at Wheaton is voluble in its discontent at the prospect of losing Hawkins. That the college is still going through with the firing process shows that it’s the administration that creates the rules, chooses when to impose them, and nominates the offenders, irrespective of what the students say about it. Wheaton’s community has responded by pointing out: “Pandering to donors that care more about theological semantics than compassion for the oppressed is neither Christ-like nor as Wheaton College students like to say—biblical.” To paraphrase: if the administration truly believed their own, arbitrary measures of religious faith must be met as a condition of working at Wheaton, they should start by firing themselves.