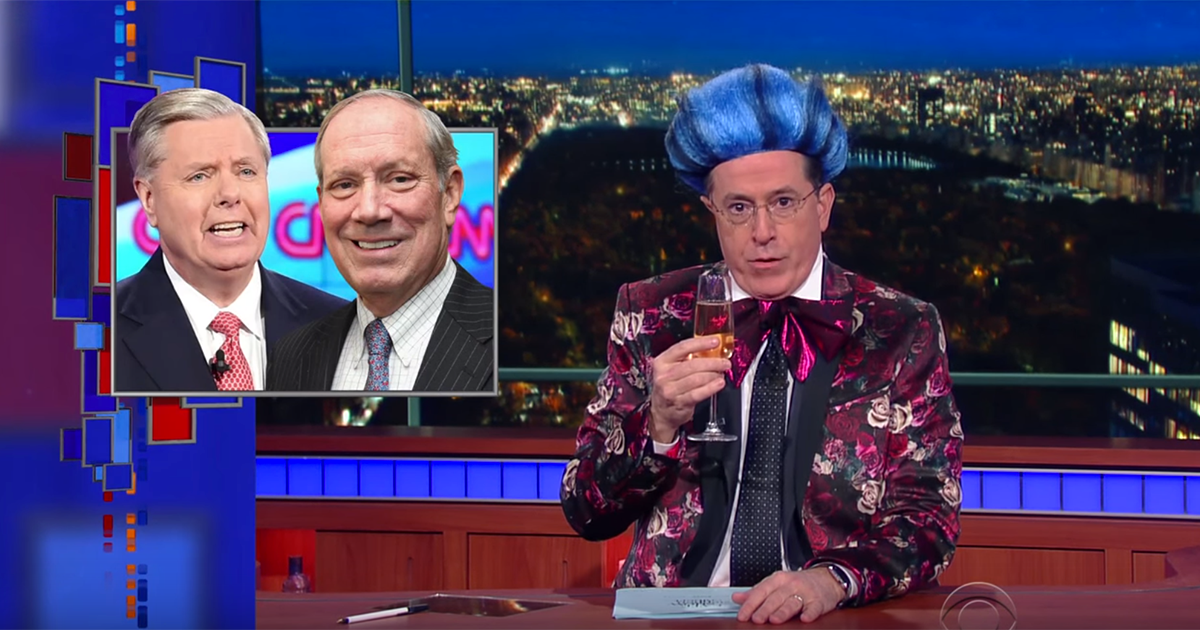 "Late Show" host Stephen Colbert is still catching up with the politicking that happened over the holiday break, which means it was time for him to say goodbye to two of the fallen contender: Senator Lindsey Graham and former Governor George Pataki. "Both brought low by a shameful chapter in their past: government experience," Colbert joked.

Despite an attempt at framing himself an expert on national security and military, Graham had a tough time breaking out of the 0.5 percent support range. "He even had a plan for ISIS," Colbert said. "Triple our troop presence in Iraq and send 10,000 American soldiers to Syria alongside a coalition of Arab allies to prevent the entrenchment of a califate. Or to put that in a more popular way..." Colbert showed a clip of Trump saying that we should bomb the hell out of them.

"It would be hard to imagine anyone polling less than half of one percent," Colbert said. "Luckily we don't have to imagine because George Pataki was polling at 0.0 percent. Which technically means George Pataki wasn't even voting for George Pataki!" Perhaps that was the reason he too dropped out over the break:His campaign desperately needed some press coverage. Pataki was out of the public eye for 10 years before announcing his run last year, "but even when the public eye was focused on him it had no idea what it was looking at," Colbert joked. Apparently earlier this year not even Jeopardy contestants could supply his name when shown his photo. Ouch!

So we say farewell to two more. We hardly knew ye. But fear not, in less than a month, more will join you in getting off the downward spiraling roller coaster of GOP political hell.