David Bowie had staying power: "The one thing you have to say about Bowie is that he never coasted" 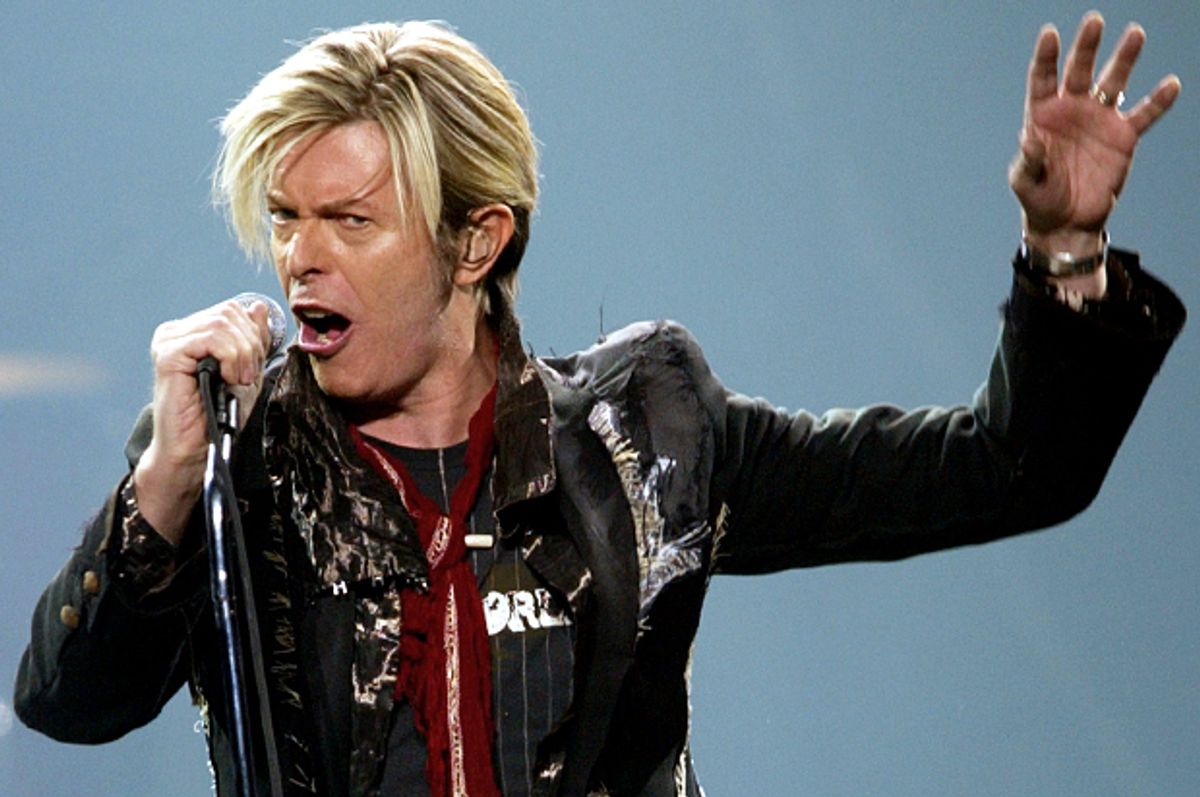 David Bowie’s death is difficult to come to terms with for all kinds of reasons, in part for its suddenness and the complexity of Bowie’s achievement. Part of what’s striking about Bowie is his ability to range between genres: He was an inspiration for alternative and indie rock despite coming a generation before those fields started.

Salon talked to Ira Robbins, a longtime New York City-based rock critic who is best known as the editor of the Trouser Press guides. The interview has been lightly edited for clarity.

When somebody dies, it’s hard to honestly assess their legacy. Bowie surely meant a lot to the people who loved him and loved his music. But if we’re detached about it, how major a figure was Bowie and how influential was he?

I think what makes Bowie extremely valuable is the number of different areas he influenced. In the early ‘70s, his role in glam-rock was pretty monumental: He and Marc Bolan dominated Britain’s entire music industry for several years; they sparked and drove each other on. His embrace of soul music and Philly soul was influential, especially in the rock community: People had written off black music after Motown faded out. And all of a sudden someone they couldn’t ignore was making records they actually liked, which led them to Luther Vandross and such.

And his work in Berlin with Brian Eno drew a lot from German artists, but he brought it to a mainstream audience... It felt very familiar when Bowie did it.

He’s someone who by dint of his personality, altered other people’s views of what was valuable in culture.

Is there a greatest period or two for you?

I was a glam-rock fan, so those are the albums that mean the most to me. But I would put the Eno trilogy right up there with it. I was less moved by the soul music period, which sounded more mainstream.

The irony is, for people you’d ask in the street, Bowie was his hit records – the "Let’s Dance" album, with Nile Rodgers… Those were enormous hits – “China Girl” and so on. Of a piece with his work, but to my critical sensibility not the most distinctive work he ever did.

One of my all-time favorite Bowie records was “Pin-Ups,” which was a collection of covers of ‘60s British records.

To what extent was Bowie a cover artist, in a broad sense? Somebody whose job was to interpret innovations made by others?

I think that would really be underestimating him. He was able to embrace other people’s work and make it his own, without in any way acknowledging a flaw in his own creative powers. It wasn’t like he was an Elvis Presley figure who needed people to give him songs. When he chose to do covers, it felt as much as if he was showing his own creative sensibilities through other people’s work as he was of taking advantage of their previous creations. It never felt as if Bowie was doing a cover because he couldn’t think of a song of his own to sing.

How did your sense of him change over time?

When I first heard Bowie on the radio, it was “Changes” – they were playing it pretty regularly, he was a new guy from England; I thought he was a folksinger. I guess that was early ’72. A couple months later, a friend had a ticket to the Ziggy Stardust show, and I was completely shocked by what I saw. When I heard “Changes,” I’d been content to shrug it off as a not-particularly-significant piece of music, and Bowie with it.

Did it seem like Bowie had a lot left to offer when he died?

He’s made good music in the last 20 years. For someone well over 50, that’s surprising in the rock world. A lot of people just coast after that. The one thing you have to say about Bowie is that he never coasted. He may’ve made records that didn’t move me, for instance, but he never sloughed one off just because he had a contract to fulfill. I guess I’d say it’s like someone like Elvis Costello – there's never a failure of imagination. Bowie was far from over as an artist before he died.