From Vandross to Reed to Reznor — David Bowie was a genius at spotting, promoting and collaborating with artists

David Bowie wasn't a lone wolf. He wore his influences on his sleeve and worked hard to promote other artists 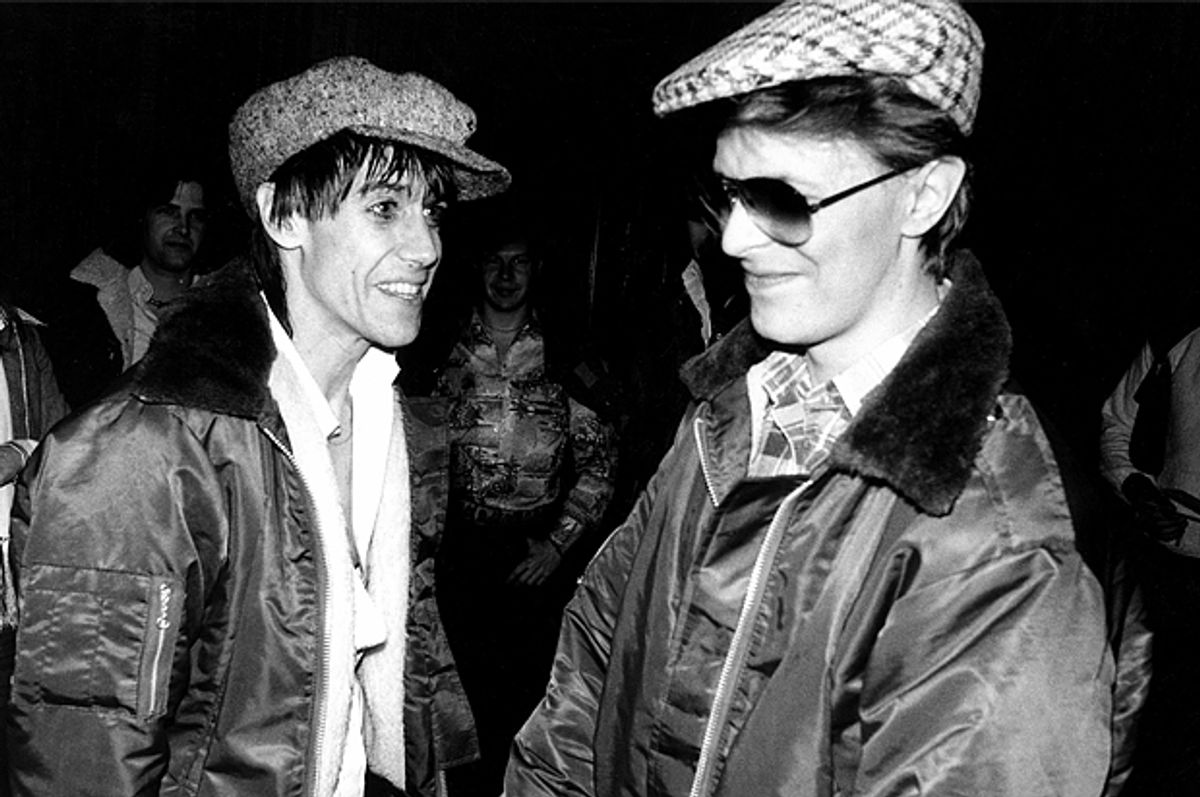 One of the more fun anecdotes commonly told about David Bowie, who died unexpectedly of cancer at age 69 on Sunday, involves his time working in Berlin with Brian Eno, when the song "I Feel Love" by Donna Summer came out. "One day in Berlin, Eno came running in and said, 'I have heard the sound of the future,'" Bowie himself explained. "Eno had gone bonkers over it, absolutely bonkers. He said, 'This is it, look no further. This single is going to change the sound of club music for the next fifteen years.' Which was more or less right."

It was, of course, right — the single has built into all the threads that would morph disco into HiNRG, techno, house, and other forms of club music that lead directly to the EDM scene that's so popular today. After an introduction like that, it's no surprise that Bowie himself ended up working with the visionary producer and songwriter behind "I Feel Love," the Italian producer Giorgio Moroder.

Moroder was writing and producing the soundtrack to the '80s horror film "Cat People." The movie itself was forgettable, but the soundtrack was not. The centerpiece is a masterfully strange goth-tinged glam rock song called "Cat People (Putting Out The Fire)" by David Bowie.

When Quentin Tarantino used the song in his famous "killing Hitler" scene in 2009's "Inglourious Basterds," the song, which at this point was 27 years old, still felt fresh and modern, a testament to how ahead of its time this song really was.

The whole story is a testament to one of the most underrated aspects of Bowie's career, which was his uncanny ear for other people's talent. He's often been celebrated for the chameleon-like nature of his career and his ability to shift sounds and aesthetics, adapting to and advancing countless trends in music. But the reason he was so good at this is because he was forever engaging with other artists who had diverse interests and backgrounds, from punk, disco and soul. He was happy to borrow from and work with others, but he also paid off his debts, promoting the careers of those who influenced him and always having an his ear out for someone doing something new and different.

The most famous example of this is no doubt his relationship with Lou Reed. It's clear that much of Bowie's willingness to play with gender-bending and other bizarre concepts during his "Ziggy Stardust" years was inspired by the sexual frankness both on Velvet Underground records and Reed's own personal life. But he gave as good as he got, covering "White Light/White Heat" to draw attention to the VU catalog and producing Reed's 1972 record "Transformer."

Similarly, Bowie's relationship with Iggy Pop is the stuff of legend, and not just because Pop made a mint off Bowie covering the song "China Girl," which originally written for Pop's album "The Idiot," The Pop/Bowie relationship was a fascinatingly symbiotic one. Bowie's pop instincts and production skills were helpful in turning Pop from a somewhat marginal and frightening punk rock figure, who was known for stage stunts like cutting himself with broken beer bottles, to a more college rock-style artist that has more access to the mainstream. In turn, Pop could grant Bowie a little more punk rock credibility, keeping Bowie anchored in the underground that he was always associated with, even as he became a wealthy rock legend.

Collaborating was a way of life for Bowie: With Mott the Hoople for "All the Young Dudes," Queen on "Under Pressure," and the best-forgotten Martha and the Vandellas cover he did with Mick Jagger in 1985. But some of my favorite Bowie collaborations are some of his less well-known ones.

For instance, the "Let's Dance" record is produced by Niles Rodgers from Chic (and lately from "Get Lucky" by Daft Punk), and the guitarist for much of it is Stevie Ray Vaughan. Yes, the blues guitarist from  Texas, who was relatively unknown at the time and got a huge boost from being on that record. But this is the same man who managed to get a huge hit, "Heroes," out of an art rock song that had a huge prog rock stamp on it with Robert Fripp's trippy guitar playing.

Bowie also played a hand in Luther Vandross' early career, giving him his first big break as a back-up singer. (You can see them together on stage here.) Vandross didn't just sing on Bowie's "Young Americans" record, but also helped write for it, on the song "Fascination."

Bowie also formed a mutual admiration society with Trent Reznor of Nine Inch Nails. They went on tour together in the mid-90s, a concert that featured the two band merging to do what was usually a five-song set between the NIN opening set and the Bowie main set. (You can see them together here.) Before Johnny Cash was covering "Hurt," David Bowie recognized that NIN was neither a novelty act nor some crap industrial band, but that Reznor had real talent and vision.

In the wake of Bowie's death, a number of people are sharing a story, excerpted from the book "Inside MTV" by R. Serge Denisoff, about Bowie using the occasion of a fluff interview with one of the channel's veejays into an opportunity to confront the issue of black musicians being marginalized in the industry.

There are many reasons to love David Bowie. Here's one. 1982: challenging MTV on their refusal to play black music: pic.twitter.com/0ku30wccVG

Bowie, who had been harmed in his drug-addled days by saying provocative things he didn't mean to reporters, usually avoided saying political things in public. Still, it's not a surprise he pushed this particular button. Championing other artists and insisting that the spotlight be shared with others instead of hogged by the few was who he was, always. To marginalize talented people based on prejudice went against not just his political instincts, but his instincts as an artist.