Iman's poignant messages before husband David Bowie's death: "The struggle is real, but so is God" 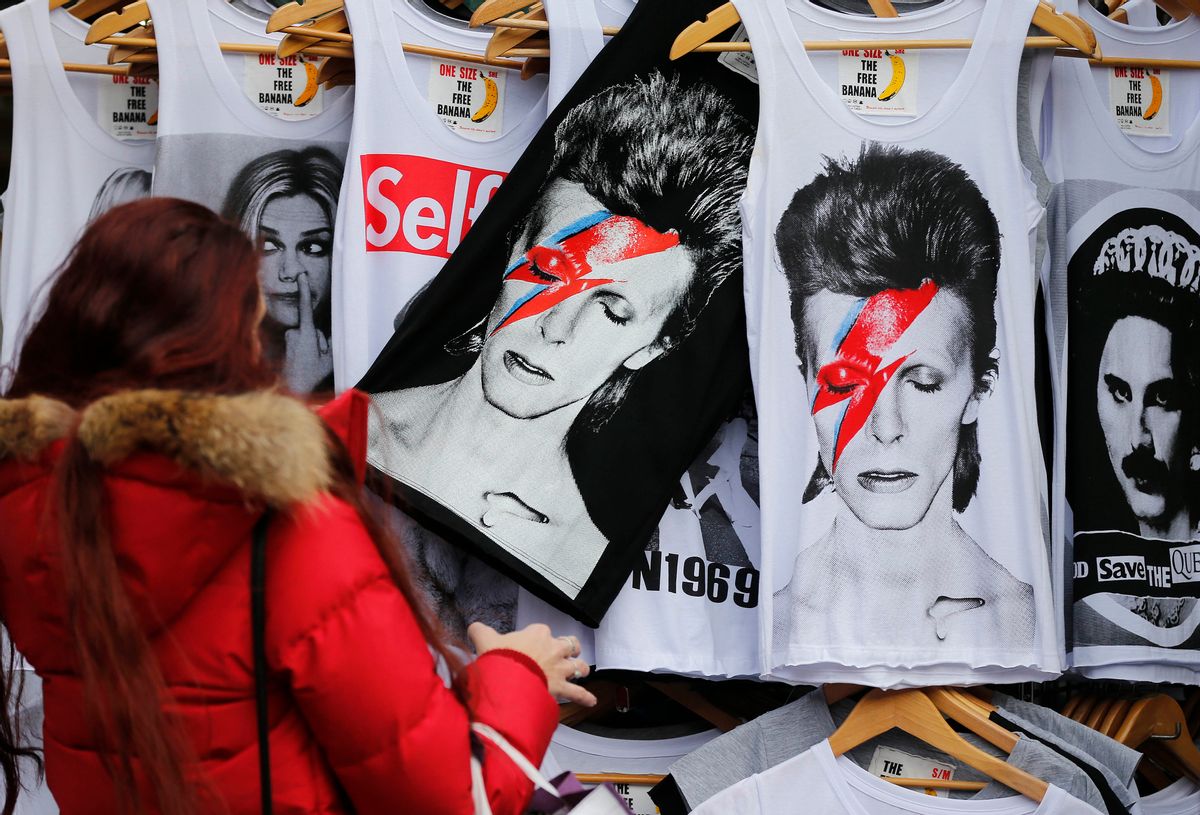 A woman looks at shirts with a portrait of David Bowie, in London, Monday, Jan. 11, 2016. David Bowie, the other-worldly musician who broke pop and rock boundaries with creative musicianship, nonconformity, striking visuals and a genre-bending persona and christened Ziggy Stardust, died of cancer Sunday. He was 69 and had just released a new album.(AP Photo/Frank Augstein) (AP)
--

It was announced last night that pop star David Bowie had passed away from cancer at the age of 69 after an 18-month illness. Bowie’s widow, supermodel Iman, however, seemed hopeful in the hours leading up to her late-husband’s passing.

On Saturday Iman posted the following to her Twitter, with the simple caption, "Rise":

Iman hasn't tweeted since the Facebook announcement, which asked similarly grieving fans to "respect the family’s privacy during their time of grief."

News of Bowie's January 10th passing was an especially hard pill to swallow in light of the release of his 25th studio album "Blackstar" and his 69th birthday, which coincided two days prior.

Musicians influenced by Bowie run the gamut, from Marilyn Manson to Kanye West:

Along with Duncan and Iman, Bowie is survived by his daughter Alexandria Zahra Jones.