Ricky Gervais kicks off his "nicer" Golden Globes with a biting monologue: "I’ve changed— not as much as Bruce Jenner"

Gervais took a potshot at Sean Penn ("Snitch!") and Roman Polanski in his opening jokes 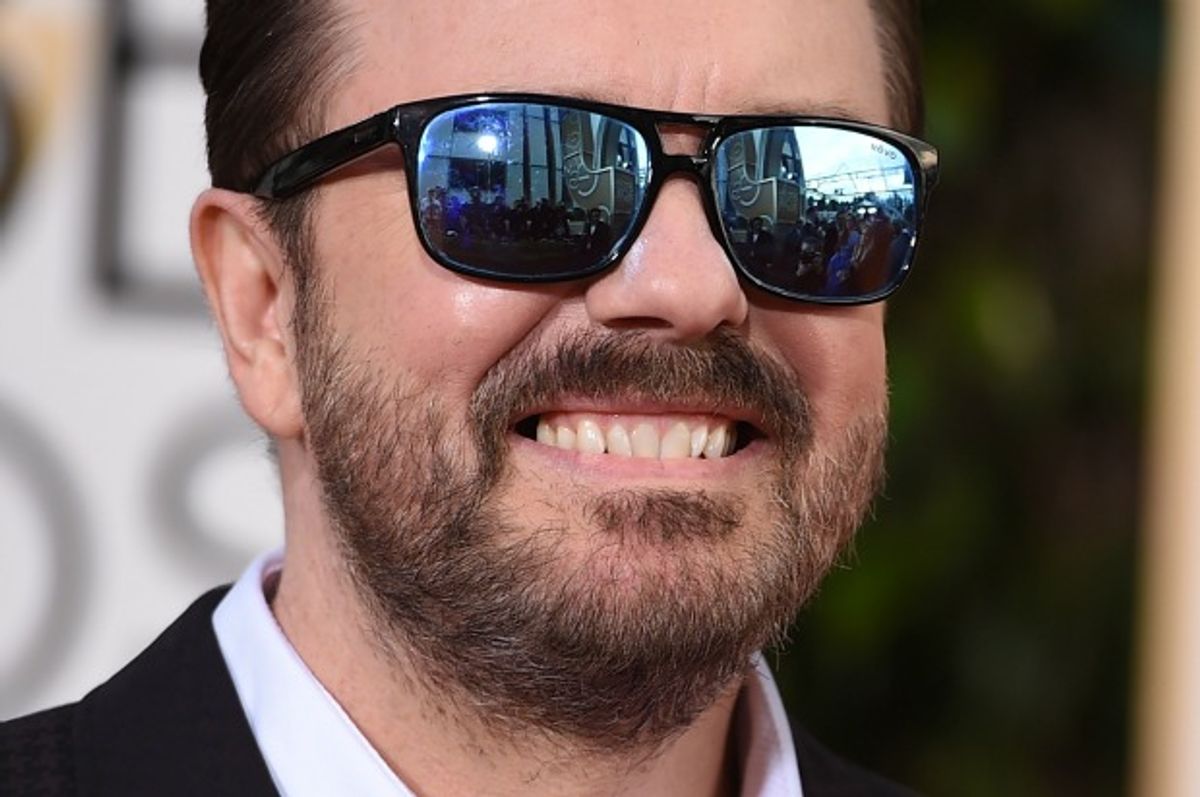 How rude will Ricky Gervais be tonight? That’s still to be determined. He opened with “Shut up,” and managed to insult just about everyone who might get excited about the awards: "You disgusting pill popping sexual deviant scum." It didn’t take him long to refer to Sean Penn’s El Chapo interview, either. "I'm going to do this monologue, then go into hiding. Not even Sean Penn will find me. Snitch.”

At the Globes, Lily Tomlin and Jane Fonda didn’t seem to be enjoying themselves.

But online, some are finding him hilarious.

Kurt Anderson describes him as having “actual edge.”

The cool reception didn’t stop Gervais.  “I’ve changed,” he said in a reference that suggested he was going to be less mean this year. But maybe not. “Though not as much as Bruce Jenner.” Caitlyn broke down stereotypes, but “didn’t do much for women drivers.” And the description of Jeffrey Tambor’s anatomy — don’t ask — may be a new Golden Globes low.

Then he went on to Catholic priest pedophiles in a bit about “Spotlight,” saying that “Roman Polanski called it the best date night ever.” Watch a room full of his colleagues try not to laugh.

This will be a long night.