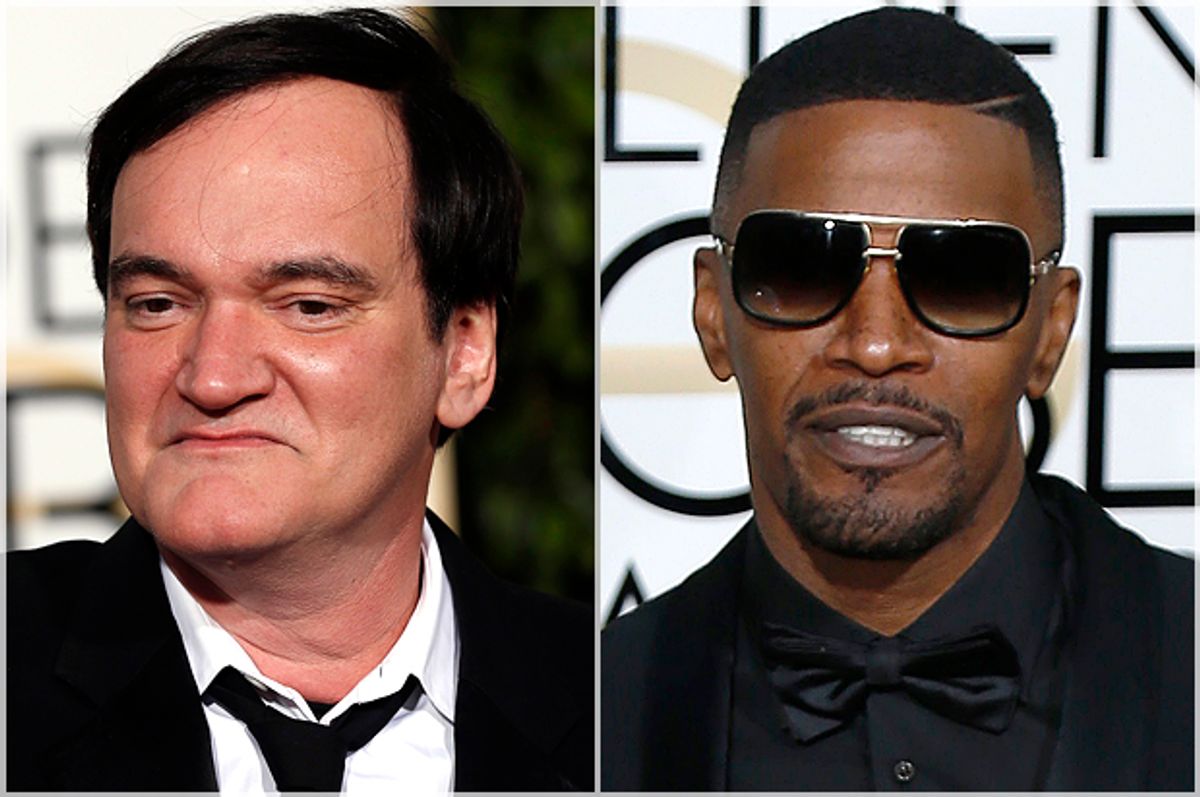 In his early movies, Quentin Tarantino loved using “the n word.” At the Golden Globes tonight, he pulled another racially-loaded term as he praised Ennio Morricone, who won best original score for Tarantino’s “The Hateful Eight.”

So far, with the win for “Mozart in the Jungle,” it’s been a big night at the Globes for classical music. But “ghetto,” no matter how Tarantino might have intended it, is a racially-charged term, and Tarantino has unleashed something online.

Jamie Foxx, who played the lead in Tarantino’s controversial “Django Unchained,” was not impressed. He simply repeated “ghetto” after taking back the mic.

This could have gotten ugly, but didn't. But you kind of wonder what happened backstage.