Jimmy sucks up to Trump: Fallon goes easy on the Donald, who tries to come off as a reasonable human being

"You’re predictably unpredictable," Fallon sucked up to the candidate. "That’s good." Really, Jimmy? Is it? 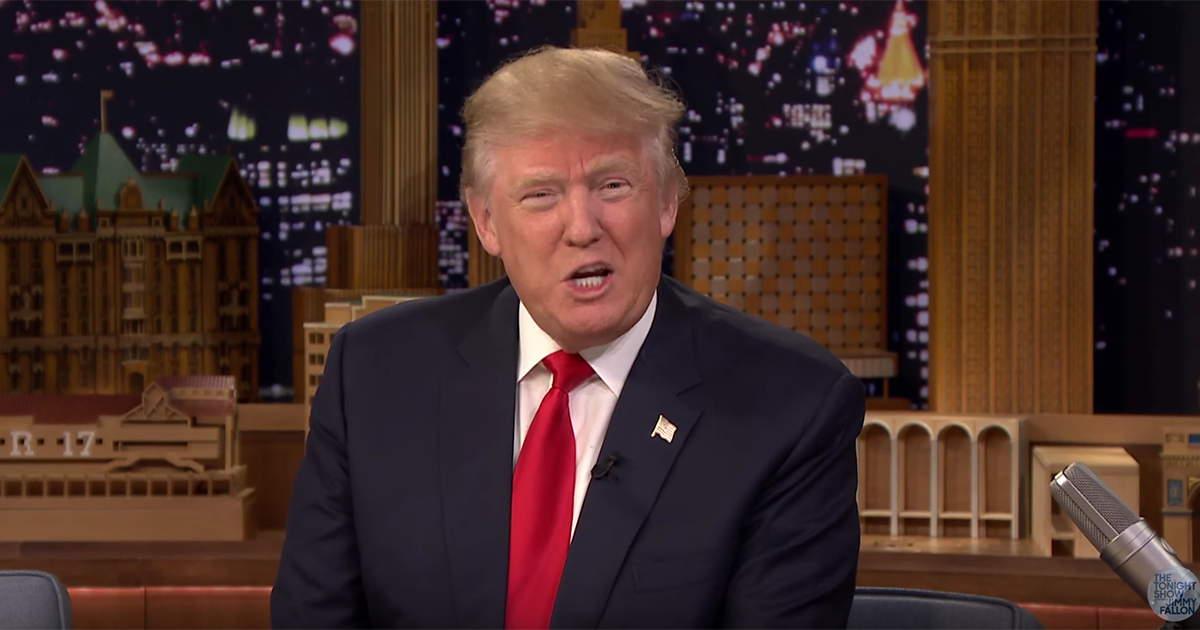 Donald Trump played the "reasonable man game" when talking to Jimmy Fallon on Monday Night's "Tonight Show." The candidate most known for fiery, racist, xenophobic comments, took it down a notch like he got some poll back that indicated people were turned off by assholery. Instead, Trump donned an adult persona that was respectful, for once.

"The people of this country are amazing!" Trump said like he was complimenting the Cowboys in their own stadium. He looked tired and burned-out like an old shoe whose sole was worn clean through. He looked at Fallon with his 69-year-old eyes owning every ounce of his age under caked-on make-up that nearly looked spackled.

Fallon did brave the question about Trump's ban on Islam. "A lot of people agree with me," Trump tried to claim without quantifying how much exactly "a lot" meant.

"And some people don’t agree with you," Fallon answered which Trump conceded and some audience members dared to applaud. While Fallon wasn't Colbert level accountability, he did attempt to hold Trump's feet to the fire on a few questions, unlike last time he was on the "Tonight Show."

"At minimum we’re getting a dialogue started so we can come up with a solution," Trump said trying to sound like a politician.

He also gave President Obama props for what he felt was a "heartfelt" tribute to those fallen Americans who died from gun violence. Fallon asked if Trump has ever cried, "Yeah. When I was 1, I cried," he answered.

Fallon asked about the upcoming debate Thursday which Trump said was nearly impossible to prepare for. He said that too much information tends to overload him which can make him look unnatural. We wouldn't want a president to have too much information, after all.

Check out an excerpt from the interview below where kiss-ass Fallon does a mock job interview of Trump: