"Obama has no more f*cks to give": "Daily Show" preps for Obama's final State of the Union

The State of the Union is basically Twitter with unlimited characters. 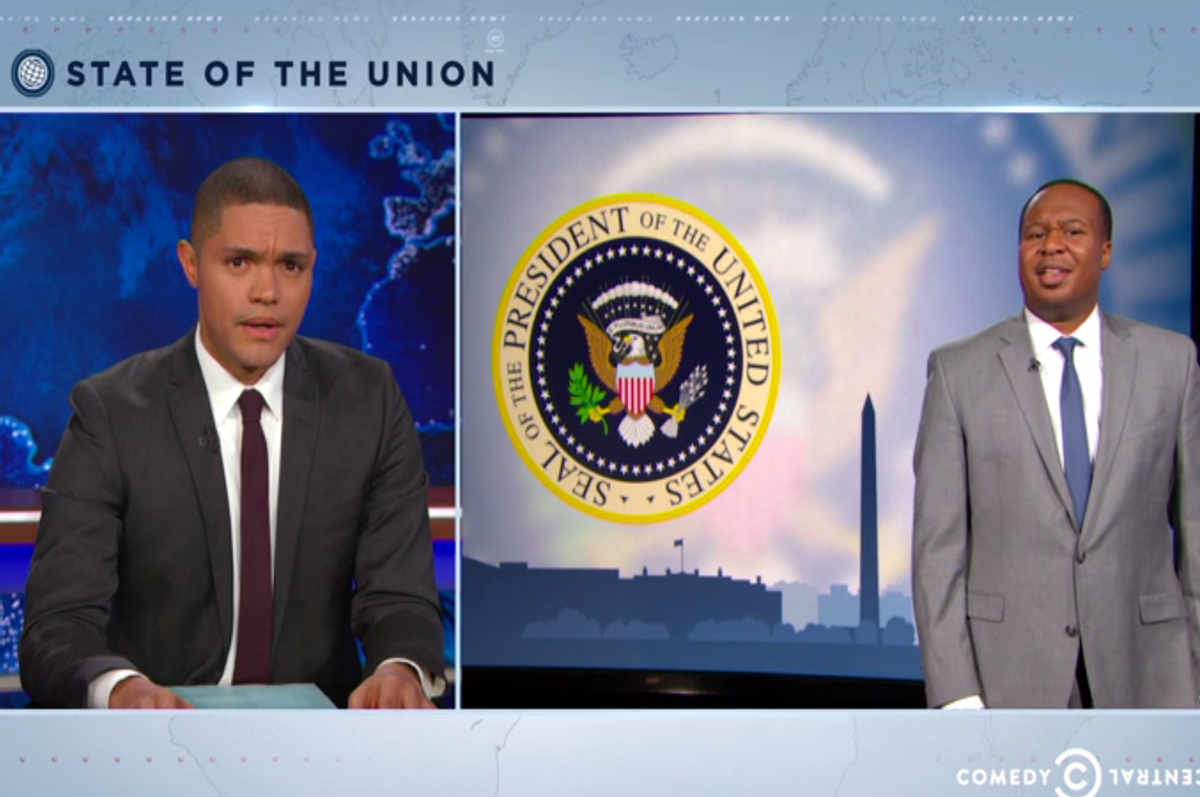 Tuesday is President Barack Obama's final State of the Union address and "Daily Show" correspondent Roy Wood Jr. wants everyone to know that Obama no longer gives a f*ck.

Wood walked us through the Constitution which outlines the requirement for the SOTU, because, let's just be honest, there's no way Obama would just go chill with Congress unless he had to. "Once a year, is about all he can take," Wood said.

POTUS lays out the agenda he has for the upcoming year and everyone is forced to go from Congress, the Senate, the Cabinet, Military and Supreme Court. "And every year, almost all of them stay awake the whole time," Wood said.

The SOTU didn't really become a thing until President Johnson delivered the first address on television, and American citizens have been bored ever since.

"Plus there's lots of awkward face time for the house speaker and vice president," Wood said. Let's hope Joe Biden helps us all enjoy his last year with some aviators and finger guns.

One thing we all know that will happen on Tuesday night, the president will report that the "state of our union is strong." Because every president ever says the same thing whether it is true or not. Well, except that one time from President Ford. "You know, Trevor, when America asks you if it looks fat in its jeans, it's not really looking for an honest answer," Wood deadpanned.

If that doesn't get you excited, check out the badass photo of the president that OFA tweeted in preparation for the big night. This is basically the face of a man who’s ready to leave his job right after the speech: