Megyn Kelly kept trying to talk about the political optics of race, Smiley kept on returning to the substance 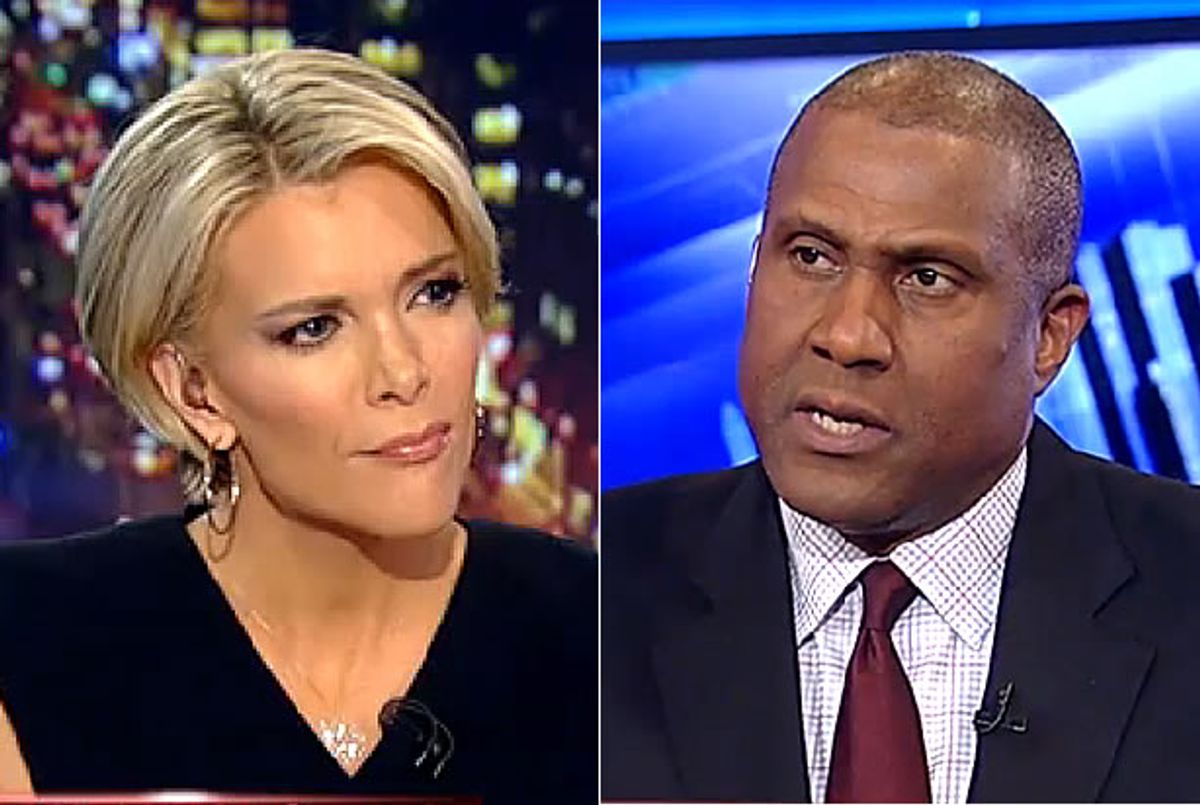 On "The Kelly File" Monday evening, host Megyn Kelly spoke to PBS's Tavis Smiley about the state of race relations in America today, which according to a recent Gallup poll are worse now than when the president first took office.

Smiley opened by noting that this is largely the Republican's fault, as they have made the president's race a divisive issue by other means.

"But people were crying the night he was elected in Chicago," Kelly replied, "and I don't want to say he was 'The Messenger,' but this was a guy who could change things."

Smiley said that we will "debating unto time immemorial whether or not the right move was to go after jobs or healthcare first."

"The healthcare was divisive," Kelly replied.

"It's not just divisive, I think it was the right thing to do ultimately, I'm just not sure I would have led with that," Smiley said.

"That one cut to the heart," Kelly agreed, "people were scared -- but on the subject of race, are we better off now than we were seven years ago?" Kelly seemed intent on speaking about race relations as a political issue, but Smiley deftly returned to the subject to the actual lives of actual black people.

"On every major economic issue, black Americans have lost ground," Smiley replied. "For the last ten years, it's not been good for black folk. The debate's going to be whether he wasn't bold enough, or whether he obstructed."

"I think the answer's 'both,'" Smiley added. "Historians are going to have a field day juxtaposing how in the era of the first black president, the bottom fell out for black America. Black people are still politically marginalized, socially manipulated, and economically exploited."

Kelly again attempted to goad Smiley into a conversation about the optics of the Black Lives Matter movement, saying that Obama's "tried to walk a line on that," referring to the president's support for police and "law and order."

"I think law enforcement has diminished itself," Smiley replied, explaining that turning the subject of police abuses into a racial issue is precisely the problem with the conversation Kelly was attempting to have with him.