"Why would a Mexican have something negative to say about Donald Trump?": Mexico's "Grand Warlock" has predictions for Trump on Colbert

"Notably, a Mexican Grand Warlock is still not the weirdest thing about this election," Colbert said. 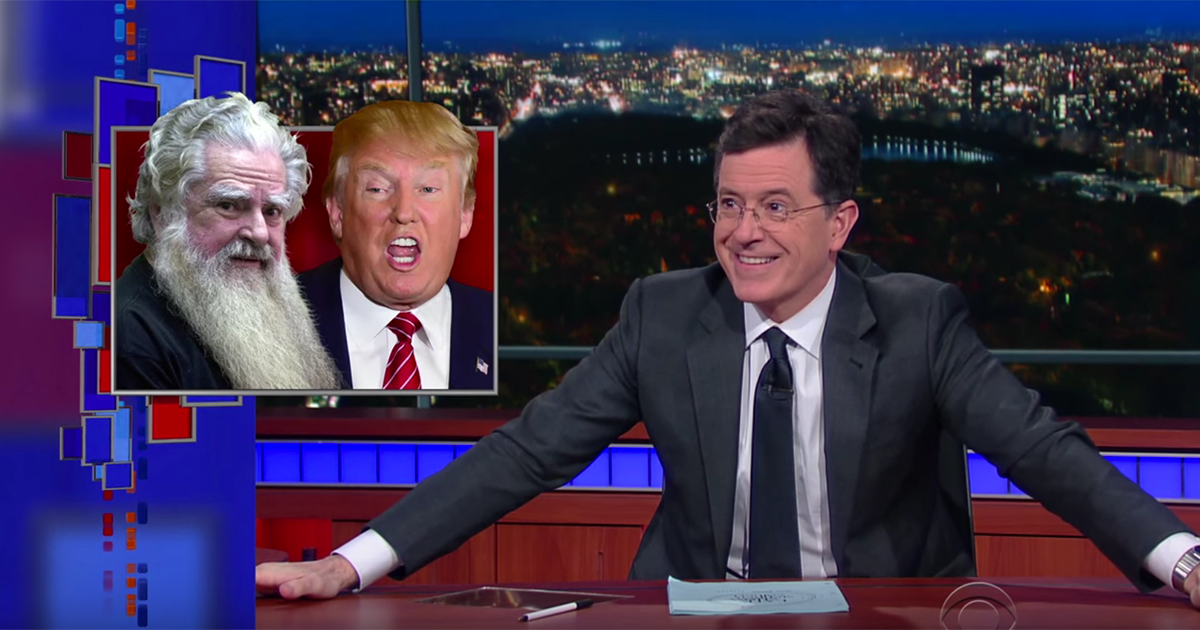 "Notably, a Mexican Grand Warlock is still not the weirdest thing about this election," Colbert said. Apparently, this guy was correct in his predictions for the 2012 Mexican elections as well as the Mexican triumph over Cameroon in the 2014 World Cup. So, the dude has some authority.

When it comes to predictions for the 2016 election in the United States, the Warlock had a promising prediction: "Two triangles of spades! Trump won't really become the Republican candidate. The man has countless problems. And see, here is the devil himself!" he said.

"This tarot card reading must be true, why else would a Mexican have something negative to say about Donald Trump?" Colbert joked about the notorious racist. The Warlock also predicts that Trump will likely fall into a nervous crisis and be institutionalize in a psych hospital.

Colbert took issue with the fact that a foreign Warlock was weighing in on the U.S. election and insisted that we need an American Warlock. So, what did Stephen do? He strapped on a beard and started doling out predictions as the audience changed "Warlock! Warlock! Warlock!"

Predictions include:
After the election, Chris Christie will quit politics and work in a bowling alley, where he can close lanes whenever he wants.
During the Rapture, Mike Huckabee will raise his arms to the heavens screaming, "God, take me now!" And then there will be a long awkward silence during which God will pretend to look at his cell phone.
An HP Cyborg printer will come back from the future to terminate Carly Fiorina.

Check out the rest in the video below: