David Bowie, rock star groupies and the sexually adventurous '70s: "Labeling us as victims in retrospect is not a very conscious thing to do"

Salon speaks to sexologist Carol Queen about the shifts in morality around an era of sex, drugs & rock 'n' roll 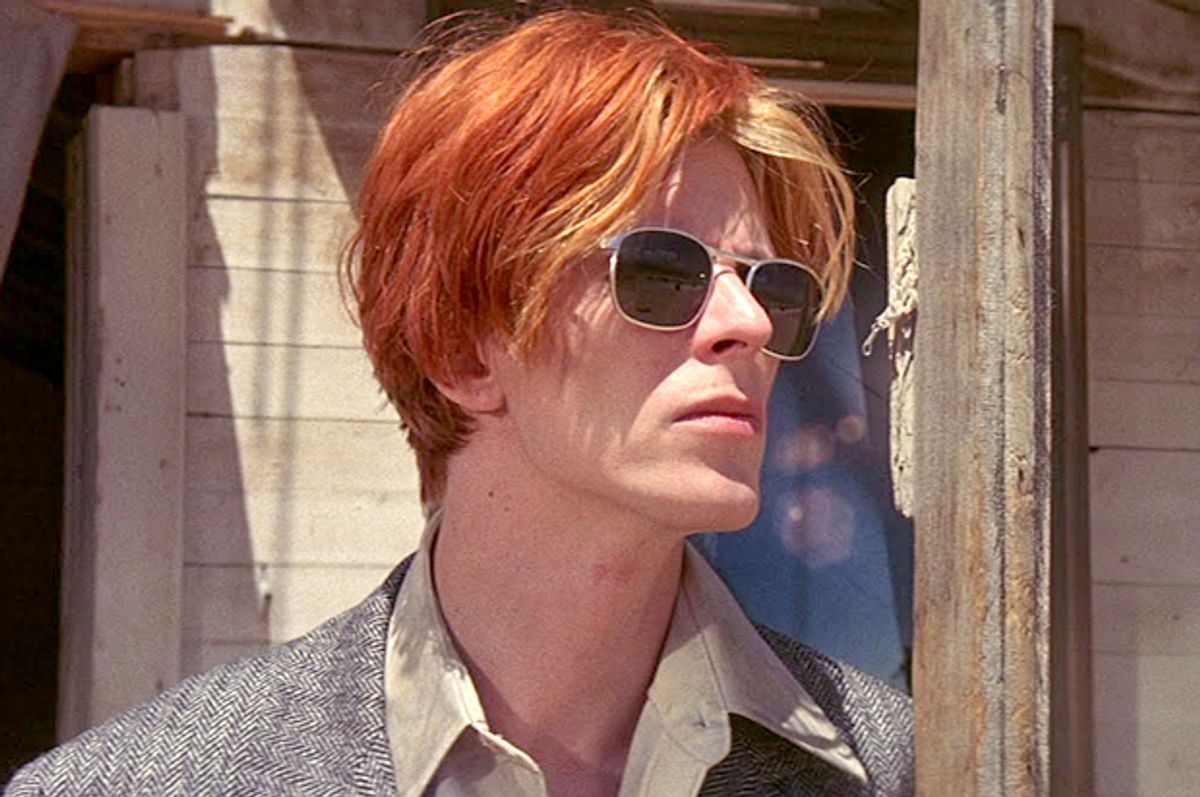 Soon after the announcement of David Bowie’s death, an explosive Thrillist story from November, in which Lori Mattix (also known in the press as Lori Maddox) recalls her youth as a teenage groupie, began to be passed around again. Mattix, who partially inspired Kate Hudson’s character in “Almost Famous,” recalls meeting Bowie on the Sunset Strip and losing her virginity to him. She never regretted it.

THRILLIST: Still, you were a 15-year-old kid and he was an adult man with a lot of experience, and power, and drugs. You don’t see any problem with that now?

I was an innocent girl, but the way it happened was so beautiful. I remember him looking like God and having me over a table. Who wouldn’t want to lose their virginity to David Bowie?

THRILLIST: But did it ever feel like there was something unusual about it?

No. You need to understand that my life has never been normal. I have always been special. I always felt like the universe was taking care of me.

Heated opinions on all sides will surely reignite over this piece as the world reassesses Bowie after his death. Salon spoke to San Francisco-based sex authority Carol Queen, author (with Shar Rednour) of the recent “Sex & Pleasure Book.” The interview has been lightly edited for clarity.

Does this story about a teenage groupie surprise you? It was the ‘70s, and there was surely a lot of this going around.

Some of the people talking about this groupie story will see this as exploitative behavior by older, powerful rock musicians. Others will say, “It was the ‘70s, they were just having fun.” How do you come down?

Well, certainly something like this can be exploitative. We can think of recent examples of performers who’ve had sex with teenagers and it’s looked predatory. It could have been that then. But it’s important to remind people today that a lot of people involved in that world – not just the musicians, but the fans – thought of it as a huge party. Access to drugs and sex was easy. The notion that sex was an adventure and part of the scene was baked in. There were probably some people who had experiences they regretted, either right at the time or much later.

You mean young men in some cases?

Yes, there were men as well. This was a time in which Bowie was identifying as bisexual…. I need to remind people that it was not a bunch of good girls staring up in rapt attention, squealing at the Beatles. It was, Let’s go party, let’s have an adventure, let’s see what happens.

So it’s not as simple as these groupies being victims.

Oh, good God, no. I would never call them victims. I’d say that not everybody will have gotten what they wanted out of these scenarios, but there was a moment where people assumed women wanted to have sex as much as men or anybody else.

It’s part of the grappling between youth and adulthood people go through in every generation. When young women went out with sex on their minds in the 1970s, I’m pretty sure most of them did not understand themselves as victims, and labeling us as victims in retrospect is not a very conscious thing to do – it’s not very respectful to what we thought we were doing at the time. I say “we” not because I was a groupie, but because I was a teenager in the ‘70s who was a sexual adventurer. That’s how I thought of it …. Having sex with someone, who was a hero or whatever, was a way to get information and get experience and those things were valuable to me.

I can’t speak for the woman who lost her virginity to Bowie. And we could absolutely make the argument that 13- or 14-year-old women should not be going out in the middle of the night to lose their virginity to rock-god strangers who will never come back again….

Why does the groupie story read differently today than if we’d heard it in the 1970s? Besides the AIDS crisis, which led to a lot more monogamy and a shift in morality, perhaps.

I think we have an upsurge of consciousness about power differentials, gendered ones certainly… Certainly not everyone who engages in what we might call sexual adventuring has a good time or is treated well by the person they’re with.

We are in a moment in which people would like everyone to have experiences of respect and value… There is a raising up of voices having to do with a variety of social ills. My personal opinion is that some of the sexual discourse has turned into what we might at one time have called paternalism… though that’s a gendered term.

It sounds like you’re generally non-judgmental here and think every case is different.

That’s right. There have been serial predators with us all along.