Trump is the GOP: That's why Nikki Haley's bid to distance the party from him is hopeless 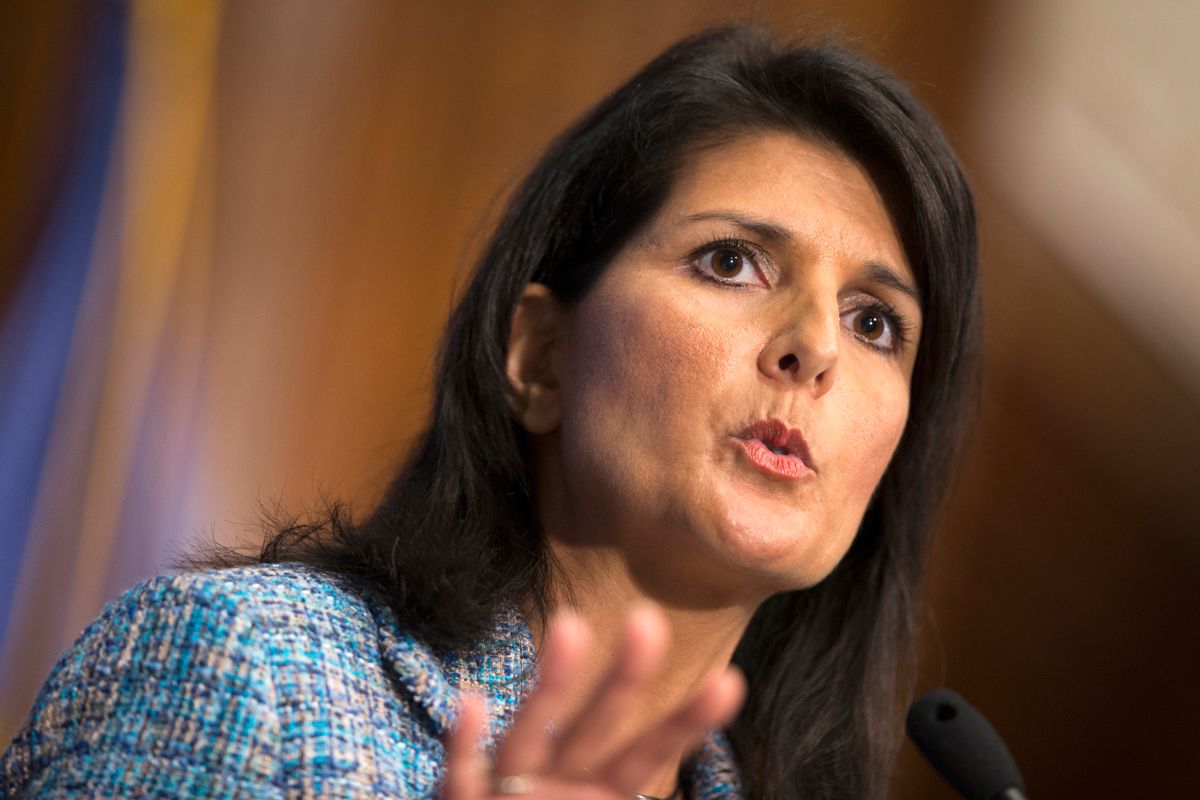 Republican insiders are gradually realizing what's become of their presidential race. Years of demagoguery and Obama-bashing and anti-immigration hysteria have produced a climate in which Donald Trump is the most appealing candidate on the right. The widespread anger has helped the GOP on the grassroots level in some ways, but it's alienated moderates and independents across the country.

The Republicans can't win a general election with Trump anywhere near the ticket, and they know it.

Last night, South Carolina Gov. Nikki Haley gave the GOP response to President Obama's State of the Union address. Response speeches are always awkward and platitudinous, regardless of the party. They're forced, mostly unnecessary, and defensive. But they do give viewers a sense of where the opposing party is and what message it wants to communicate.

The message in Haley's speech was crystal clear: “Don't listen to Donald Trump!” She began with an olive branch of sorts: “We need to be honest with each other, and with ourselves: while Democrats in Washington bear much responsibility for the problems facing America today, they do not bear it alone. There is more than enough to go around. We as Republicans need to own that truth.” Although one conservative commentator called this “GOP self-loathing,” Haley's remark was both true and conciliatory.

It also set the tone for the rest of the speech, which was an attempt to distance the Republican Party from the fatuous crank leading the polls. Haley, the daughter of Indian immigrants, is the perfect person to neutralize Trump's aggressive xenophobia, and that's exactly what she tried to do:

“My story is really not much different from millions of other Americans. Immigrants have been coming to our shores for generations to live the dream that is America. They wanted better for their children than for themselves. That remains the dream of all of us, and in this country we have seen time and again that that dream is achievable. Today, we live in a time of threats like few others in recent memory. During anxious times, it can be tempting to follow the siren call of the angriest voices [emphasis mine].We must resist that temptation. No one who is willing to work hard, abide by our laws, and love our traditions should ever feel unwelcome in this country.”

Is there any doubt that Haley is referring to Trump here? Trump's campaign is so infused with nativist rhetoric that it's difficult to associate it with anything else. Whether it's hankering for a luxurious wall at the Southern border or calling for a ban on all Muslims entering the country, Trump has constantly exploited racial and religious divisions for political gain. That he has dominated the Republican polls in spite – or perhaps because of – this has done irreparable damage to the GOP brand.

“In many parts of society today,” Haley continued, “whether in popular culture, academia, the media, or politics, there's a tendency to falsely equate noise with results. Some people think that you have to be the loudest voice in the room to make a difference. That is just not true. Often, the best we can do is turn down the volume. When the sound is quieter, you can actually hear what someone else is saying.”

First, I don't know what university Haley attended, but nowhere in academia is noise equated with results. She has a point with respect to media and politics, but even then she's avoiding the fact that the noise problem is a uniquely Republican problem. The Democratic candidates aren't yelling at one another across the stage. Not a single Democratic candidate has called anyone stupid or performed call-and-response chants at a rally like a hype man at a hip hop show.

This is a Republican issue, and a Republican issue alone. Donald Trump is fueling it, of course, but he's a manifestation of a much deeper problem. Haley's not-so-subtle condemnation of Trump is a sign that the party knows this is a losing strategy, but it's likely too late to do anything about it. This is what the conservative base wants, and Trump's popularity proves it. And right-wing pundits benefit enormously from this political climate, which is why they immediately took to Twitter to call Haley a feckless capitulator. So while Haley made a noble effort to create space between the GOP and Donald Trump, it won't work.

Trump is the GOP and the GOP is Trump.