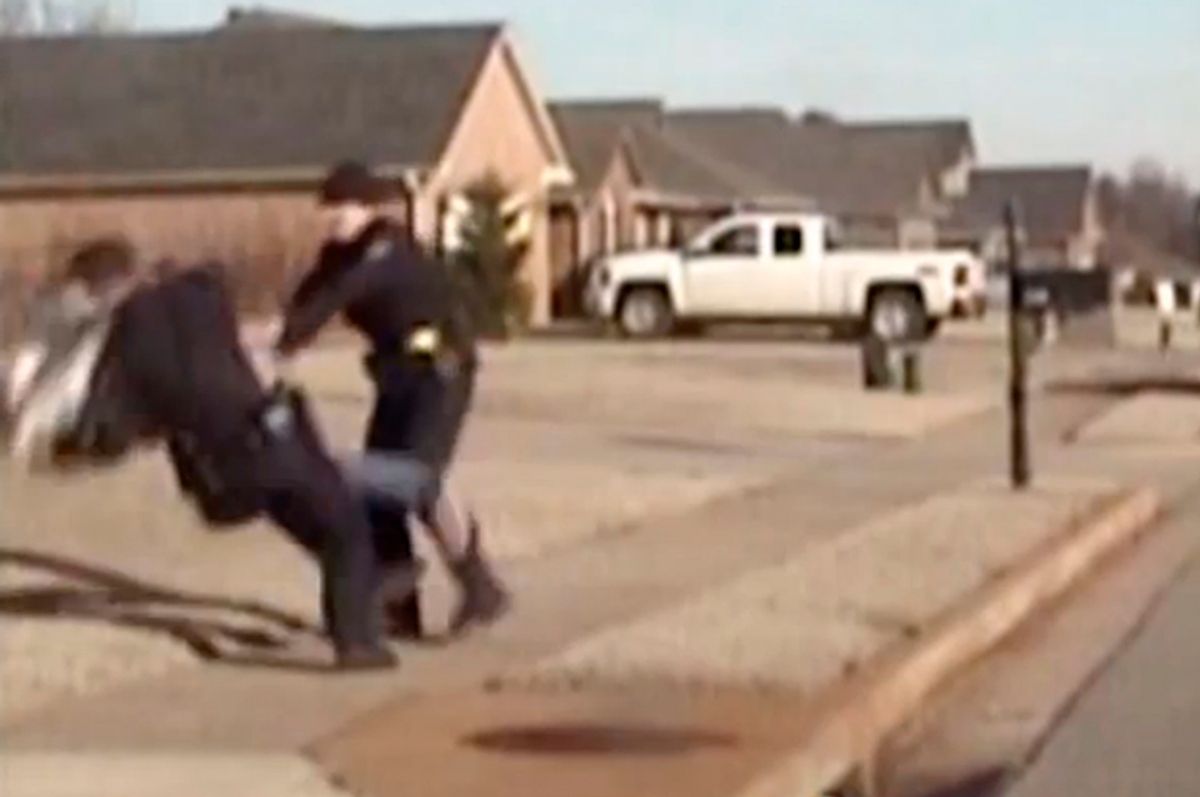 Sureshbahi Patel was walking on the sidewalk outside of his son's home in an Alabama suburb on the morning of Feb. 6, 2015, minding his own business, when a white police officer approached him, frisked him and threw him to the ground, leaving him paralyzed.

The 57-year-old grandfather had just arrived to the U.S. from a small town in India, and did not understand English. He reportedly said "no English" and repeated the address of his son's home to the cop as he approached him.

A neighbor had called Madison, Alabama police claiming they saw someone "suspicious" wandering around the neighborhood. They described him a "skinny black guy" who is "walking around close to the garage."

Hank Sherrod, the family's attorney, shot back at the allegation, which he insisted was racist. "This is broad daylight, walking down the street. There is nothing suspicious about Mr. Patel other than he has brown skin."

"He was just walking on the sidewalk as he does all the time," the man's son Chirag Patel explained. Chirag noted his father had no health problems before the incident.

The family filed suit against the police officer, Eric Parker. Police dashcam footage clearly shows Parker violently throwing Patel to the ground. He faced up to 10 years in prison on the charge of excessive force and a civil rights charge of deprivation of rights under color of law.

There were two trials for the case. Both ended with a deadlocked jury, and the results were racially charged.

Defense attorney Robert Tuten began the second trial with comments critics called racist. "When you come to the U.S. we expect you to follow our laws and speak our language," he said.

"Mr. Patel bears as much responsibility for this as anyone," the officer's lawyer insisted.

Tuten defended the Parker's actions with racially coded language, saying there was no way the cop could have known whether this was a "harmless Indian grandfather walking down Hardiman Place Lane."

"The government wants you to give Mr. Patel a free pass because he doesn't speak English," Tuten told the jury.

Federal prosecutors were preparing for a third trial, but there now will not be one.

Judge Madeline Hughes Haikala threw the case out late Wednesday night, saying "The Government has had two full and fair chances to obtain a conviction; it will not have another."

The neurosurgeon who operated on Patel said that, after the police attack, he was left unable to walk or grip things with his hands.