Oscar snubs that hurt: The Academy Awards still aren’t designed for anyone who isn’t white, straight, and male

"Creed" star Michael B. Jordan passed over, "Carol" shut out of best picture—these are symptoms of larger issues 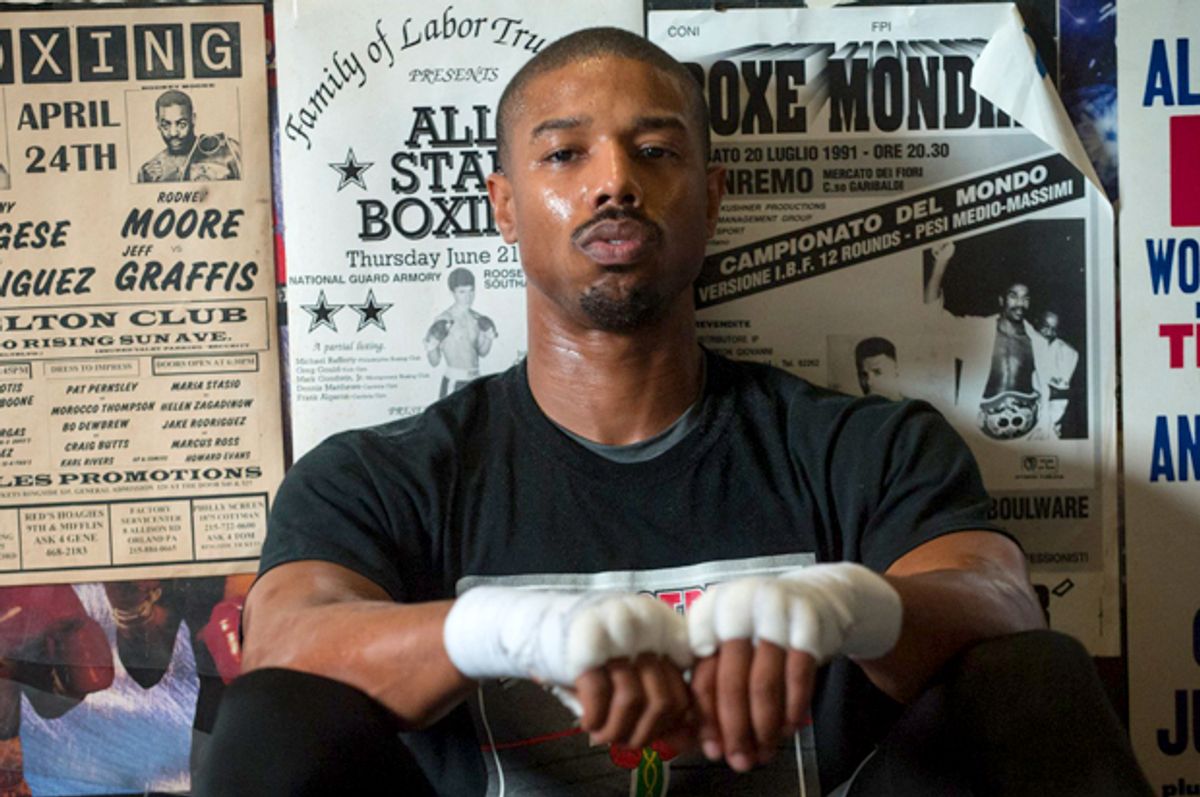 It’s been a sad, miserable start to 2016. Both David Bowie and Alan Rickman have died. The “Friends” reunion turns out to be a bust. Over the weekend, conservative troll Milo Yiannopoulos was anointed a right-wing hero after being un-verified by Twitter made him a martyr. Ricky Gervais doubled-down on telling transphobic jokes about Caitlyn Jenner by promising to mount a stand-up comedy tour where he does far worse. This is not our best foot forward.

But if there’s one thing that may unite our cold, divided populace on this chilly January morning, it’s hating the Oscars. The Academy Awards yearly nomination pool was announced this morning on ABC, and nearly everyone should be able to find something to dislike. Were you angered by last year’s #OscarsSoWhite controversy and wanted to see a more diverse crop of nominees? Too bad. Just like in 2015, every single acting nominee was white. Idris Elba (“Beasts of No Nation”) was snubbed in favor of Tom Hardy (“The Revenant”), despite the fact that Elba was nominated at the Golden Globes and SAG awards and Hardy was not. Also missing were Will Smith (“Concussion”) and Michael B. Jordan (“Creed”), while movies that at least had people of color in them (“Straight Outta Compton,” “The Force Awakens”) were bumped from Best Picture.

Do you want to see more representation for female directors? Sorry, every single movie nominated for Best Picture was directed by a man, and all but two (“Brooklyn” and “Room”) were about men. Were you hoping that the Academy would make up for the “Brokeback Mountain” controversy back in 2006 by giving “Carol” a shot at winning Best Picture a decade later? Nope, and the worst thing is that since Oscar voters only elected eight Best Pictures this year (the group introduced a confusing system of 5-10 nominees a few years ago), two nominations were just left unused. It’s like the Academy Awards just left an open chair for “Carol,” one of the most acclaimed movies of the year, on stage and forgot to fill it.

If not a Best Picture nomination—even though the movie was considered a sure thing—why not an overdue nod for its director? Don’t hold your breath. Todd Haynes was egregiously snubbed back in 2003 for the Douglas Sirk homage “Far From Heaven,” as his film was left out of the Best Picture and Director lineups, with only a screenplay nod for Haynes. This year, he was ousted in favor of Adam McKay for “The Big Short.” That means that Haynes, who has staked his claim as one of the best directors of his generation through accomplished work like “Safe,” “Mildred Pierce,” and “I’m Not There,” still has never been nominated for Best Director. Instead they gave his nomination to the guy who directed “Anchorman.”

Maybe you don’t care about queer cinema and instead you were rooting for Ridley Scott (“The Martian”), the veteran director who has been nominated three times but has never won? No sight of him either, despite the fact that many thought Scott would win the whole thing this year. Or perhaps you were interested in seeing lots of veteran actresses recognized after the Golden Globes nominated four supporting actresses over 40? Not a chance, this year’s female nominees were just as young and nubile as ever. The average age of this year’s Best Supporting Actress crop was 37, thirteen years young than their male counterparts. The Best Actor (43.2) and Actress (39.4) nominees were a bit closer in age, but per usual, the men averaged nearly half a decade older.

In the 15 or so years I’ve been paying attention to the Oscars, this is the most offensively stale and safe crop of nominees I’ve ever seen—one that bends over backward to avoid nominating people of color and queer filmmakers. I remember the quaint ol’ days when a small group of Oscar watchers would get upset when “The Reader” got nominated over more deserving movies like “The Dark Knight” and “Wall-E.” But this year, nearly every category is an utter travesty, a sign that the Oscars have learned nothing and will continue to learn absolutely nothing. A few months ago, I forecasted that the acting nominees would be all white yet again, but I couldn’t have predicted this level of embarrassment.

There are a couple things on this list to enjoy. It’s nice to see a well-earned director nomination for George Miller, who spent three decades bringing “Mad Max: Fury Road” to the screen, while his film reaped a bid for Best Picture. Charlotte Rampling, my personal favorite performance from last year, is a welcome entry in the Best Actress race—the veteran British actress’ first nomination at the age of 69. Their respective nominations set frontrunners Brie Larson (“Room”), Rooney Mara (“Carol”), and Leonardo DiCaprio (“The Revenant”) up for their first Oscar wins, and all of those kudos will be deserved.

But handful of small victories isn’t enough when dealing with an awards group that continues to silence the voices of the marginalized. If blogger and founder of the #OscarsSoWhite hashtag April Reign told Forbes that “the Oscars aren’t designed for us”—meaning black people—it’s time to recognize that the Oscars aren’t designed for anyone who isn’t white, straight, and male. Considering those are the exact demographics of their voting body, that shouldn’t be surprising, even as the Academy’s first black female president, Cheryl Boone Isaacs, desperately tries to fix the problem. Whatever they’ve been doing in the past year, it clearly isn’t even close to being enough.