Terrorism is Americans' No. 1 concern. We have bigger problems

We're not as concerned with threats to the systems that meet our basic needs--water, power & food--as we should be 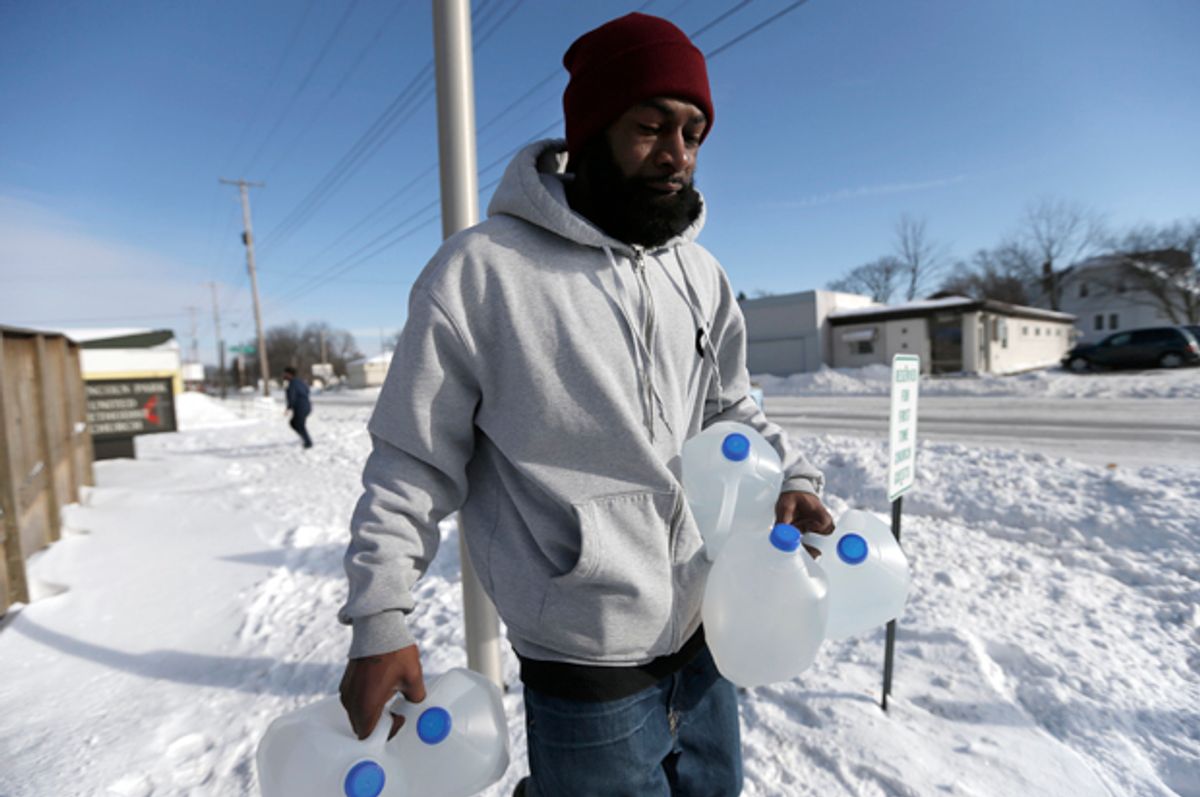 Tuesday night—in his final State of the Union address—President Obama asked us to face the future with hope, not fear.

He spoke to a nation that has grown increasingly fearful: Since Obama’s last address, terrorism has emerged as Americans’ No. 1 concern, edging out perennial worries about the economy and jobs.

It’s not surprising that we are afraid, in the wake of attacks in San Bernardino, Paris and Boston. And yet, as the president said last night, fear stifles our innovation and saps our strength. Worse, we worry too much about the wrong things. And the remedies on offer—particularly those served up by Donald Trump and others hoping to capitalize on Americans’ fear—will not make us any safer.

First, we need a clear-eyed understanding of the dangers we face. We are justifiably afraid of violent attacks, as evidenced by the growing police presence at public events. But we are less focused on threats to the systems that meet our basic needs, such as food, water and power. Those systems are extraordinarily vulnerable—not just to terrorism, but also to extreme weather events and other disruptions.

Part of the problem is that our highly centralized and automated systems are “too big to fail.” Take food, for example. Large farms with over $1 million in sales account for only 4 percent of all farms, but two-thirds of all production. That means the failure of those mega-farms would have an outsize impact on our food system. And the globe-spanning supply chains that bring food to our table can be readily disrupted—intentionally or otherwise.

Or consider water, which we truly cannot live without. America’s nearly 1 million miles of water distribution lines rely largely on automated technologies to track and manage the transport and treatment of water. Those lines are highly vulnerable to sabotage, cyber or otherwise, says Michael Deane, executive director of the National Association of Water Companies. If the taps go dry—or the water is contaminated – our communities could face massive financial losses and—most important—threats to public health and safety.

And then there is our sprawling power grid. We have learned the hard way about the grid’s vulnerability to everything from  extreme weather to squirrels. Former Department of Homeland Security Secretary Janet Napolitano has said that a major cyberattack on the grid is a matter of “when,” not “if.”  Taking down the grid would be perhaps the quickest way to cripple the American economy and decrease the effectiveness of the United States military.

Given these challenges, we need to make sure the systems we rely on are resilient. But what does that mean, exactly?

Resilient systems tend to be decentralized, with networked units that can stand on their own in a crisis. For example, local “microgrids”—powered by renewable energy, such as solar and wind—can keep the lights on when the larger grid goes down. This is the “energy of the future” that President Obama referenced last night. There’s more: on-site water systems, urban agriculture and farmers’ markets can supply food and water when national and global supply chains are broken. With American ingenuity and investment, we can lead the world in developing technologies and systems to make our communities sustainable and resilient.

Investments in community resilience will make us safer and stronger in the face of terrorist attacks, climate change and other threats. And they would generate other benefits, too: These are the same solutions needed to reduce greenhouse gas emissions, put people back to work, reduce poverty and create a better, stronger economy.

Of course, in addition to strong political leadership, this will require a substantial financial investment. But, keep in mind that the U.S. has spent $6.7 million every hour on homeland security since 9/11. Strategic investments in resilience could advance national security at less cost.

In these fearful times, demagogues offer simplistic proposals: a wall on our southern border; a plan to bar Muslims from the country.  Some of these plans are morally abhorrent; others would be ruinously expensive. None would help us weather the shocks and surprises of the future.

So let’s address Americans’ fears—as the president said, not by “turning inward as a nation, and turning against each other as a people.” Instead, let’s choose hope by making our country stronger, safer and more resilient.

Denise Fairchild is president/CEO of Emerald Cities Collaborative, a national nonprofit organization of business, labor, and community groups dedicated to climate resilience strategies that produce environmental, economic, and equity outcomes. She is also an advisor to the Island Press Urban Resilience Project, which is supported by the Kresge Foundation.