Hillary Clinton's abortion game-changer: Why her call for abandoning the Hyde Amendment is so important

To say that Clinton has evolved on reproductive rights is no dig. Her shift is admirable, and noteworthy 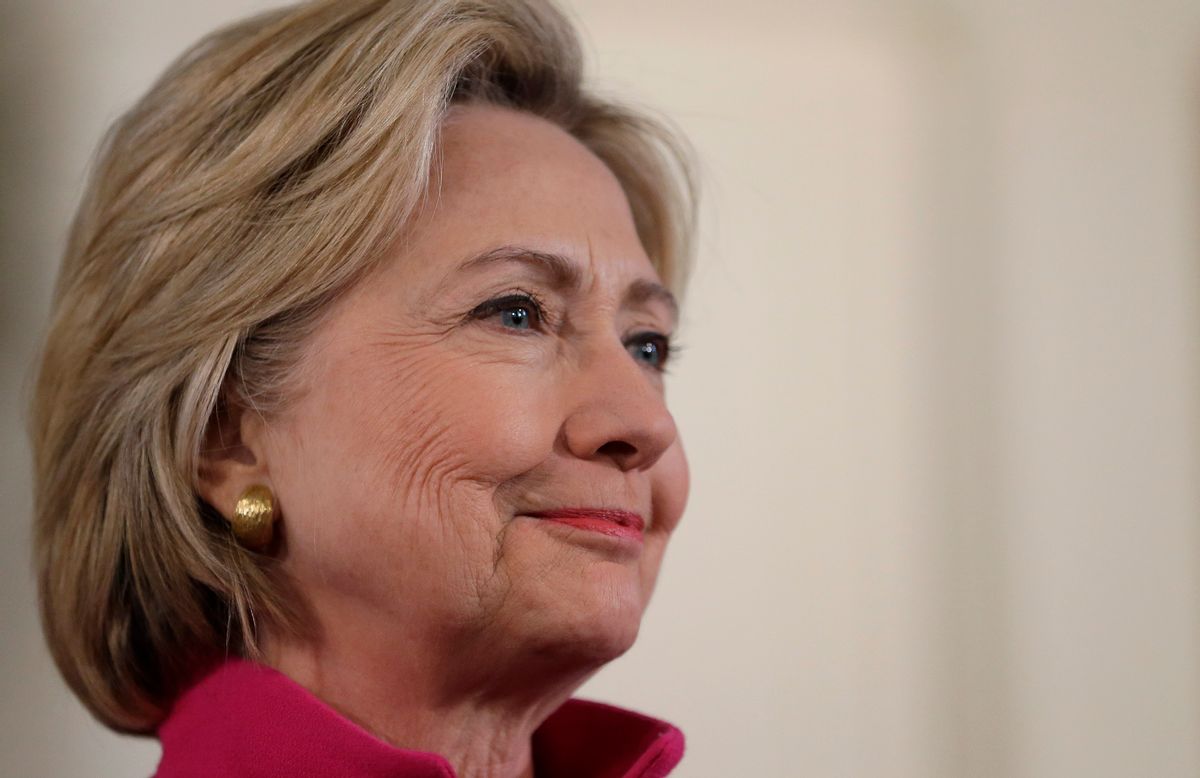 On the campaign trail this week, Hillary Clinton referenced her support of reproductive rights and mentioned a little-known federal policy that makes it very difficult for low-income women to get an abortion: The Hyde Amendment.

The Hyde Amendment makes its way into law each year since 1976 as an amendment to the federal budget. It prohibits federal funding to cover abortion care. Women on Medicaid in all but 14 states can’t use their coverage to pay for an abortion -- meaning that those women, who we’ve determined as low income enough to qualify for Medicaid -- are somehow supposed to pay hundreds of dollars out of pocket for the procedure.

At a campaign rally in New Hampshire last weekend, Clinton called for getting rid of the policy, calling it a law that makes it  “harder for low-income women to exercise their full rights.” She continued, “Any right that requires you to take extraordinary measures to access it is no right at all.” Then again on Monday evening, at the Brown & Black Presidential Forum at Drake University, Clinton confirmed that she believes Congress should repeal the Hyde Amendment, calling the right to an abortion “a fundamental human right.”

What is the political significance of the Democratic frontrunner for the Presidency calling abortion a human right, and specifically focusing on the Hyde Amendment? Yamani Hernandez, Executive Director of the National Network of Abortion Funds told Salon,

“In an election that is shaping up to focus heavily on income inequality in an America with more people struggling than ever before, it’s important that we see candidates understand and make the case the reproductive rights and abortion access are inextricably tied to economic freedom.”

(Full disclosure: I sit on the board of the National Network of Abortion Funds.)

This is a crucial connection to make at time when many ostensibly pro-choice legislators won’t advocate for ensuring that abortion access isn’t treated differently than other health care services.

The refusal to allow taxpayer funding for abortion was a political concession that Democratic Party made decades ago. It has had far-reaching effects. Since 1976, the Hyde Amendment has spawned many similar restrictions, banning abortion coverage for federal employees, incarcerated women, military personnel, Native American women and Peace Corps volunteers -- anyone who gets their health care through the federal government.The battle to include fair access to abortion in the Affordable Care Act (ACA) was not able to clear this entrenched political hurdle, one that makes it acceptable to offer poor women different, lesser health care access than their wealthier counterparts. Through the ACA, abortion coverage is prohibited from being required as part of the federally-established essential benefits package; states can prohibit coverage for any abortions by all plans in their state marketplace.

This week, the Guttmacher Institute released data showing that the past five years have seen an exponential increase in abortion restrictions, the most in all the years since Roe v. Wade was decided. Given this trend, the stakes are very high for low-income women. Jessica Gonzalez Rojas, Executive Director of the National Latina Institute for Reproductive Health makes the connection, telling Salon:

“These new laws -- 288 in 5 years -- make our work to repeal Hyde even more urgent. These laws force women to delay care, make multiple appointments, and travel hundreds of miles. All of which makes abortion even less affordable and thus harder to get for low income women. Now more than ever, we need to repeal Hyde because these new laws multiply its impact in a devastating way.”

“We are a country where the lives of the most marginalized communities are constantly under attack and where our human right to self determine what is best for our bodies, families and lives is constantly blocked or denied. This is why we have to bring attention to Hyde which overwhelmingly impact the lives of poor women and women of color in this country.”

With the recent introduction of the Each Woman Act, these activists are fighting for a proactive vision for abortion access that doesn’t discriminate based on income.

The polls are also telling an interesting story. One poll in particular, recently conducted by Hart Research, shows that 86 percent of voters agree that “politicians should not be allowed to deny a woman’s health coverage for abortion because she is poor.” This is notable at a time when abortion care often finds itself in the media crosshairs, as when Republican legislators pushed to defund Planned Parenthood.

Notably, Clinton’s remarks on the Hyde Amendment come just a few days after her endorsement by Planned Parenthood, which plans to spend at least $20 million during this election cycle.

Although Hillary Clinton has vocally opposed the Hyde Amendment in the past, these recent remarks seem to be a significant shift for her as a candidate. As she prepared for a Senate run in 2000, Clinton called abortion a "sad, even tragic choice,” and said that she looked forward to the day when abortions take place "only in very rare circumstances."

“I remember having to speak after HRC at a conference organized by Family Planning Advocates of New York in the mid-1990s in which I had to criticize her conservative approach to abortion rights. HRC is markedly improving her understanding about abortion from the 'safe, legal and rare' framing of the 1990s to 'abortion as a human right.'"

Ross credits the unrelenting pressure from reproductive justice activists as responsible for at least some of this shift, saying:

“Our radical pressure moved her beyond the limited constitutional interpretations of liberty into firmly grasping the inherent and inalienable right we have to make decisions about our bodies, and receive government support in order to implement these decisions. This is what makes human rights real and this is what reproductive justice demands.”

If the Hyde Amendment were finally repealed, it would allow reproductive rights activists to turn their attention to a whole host of issues, Yamani Hernandez points out. The movement could focus on those states where the attacks on reproductive health care are the most devastating, and fight for other state and federal protections against such laws and restrictions. Hernandez also points out the often untold impact of this kind of policy. “Without the Hyde Amendment, people on public insurance can maintain a sense of dignity that comes with not having to ask around for money and make public a medical decision that can remain between a patient and their doctor.”