What Cruz really meant by "New York values": Trump is a symbol of "a decadent, elite, money-grubbing, morally lax metropolis" 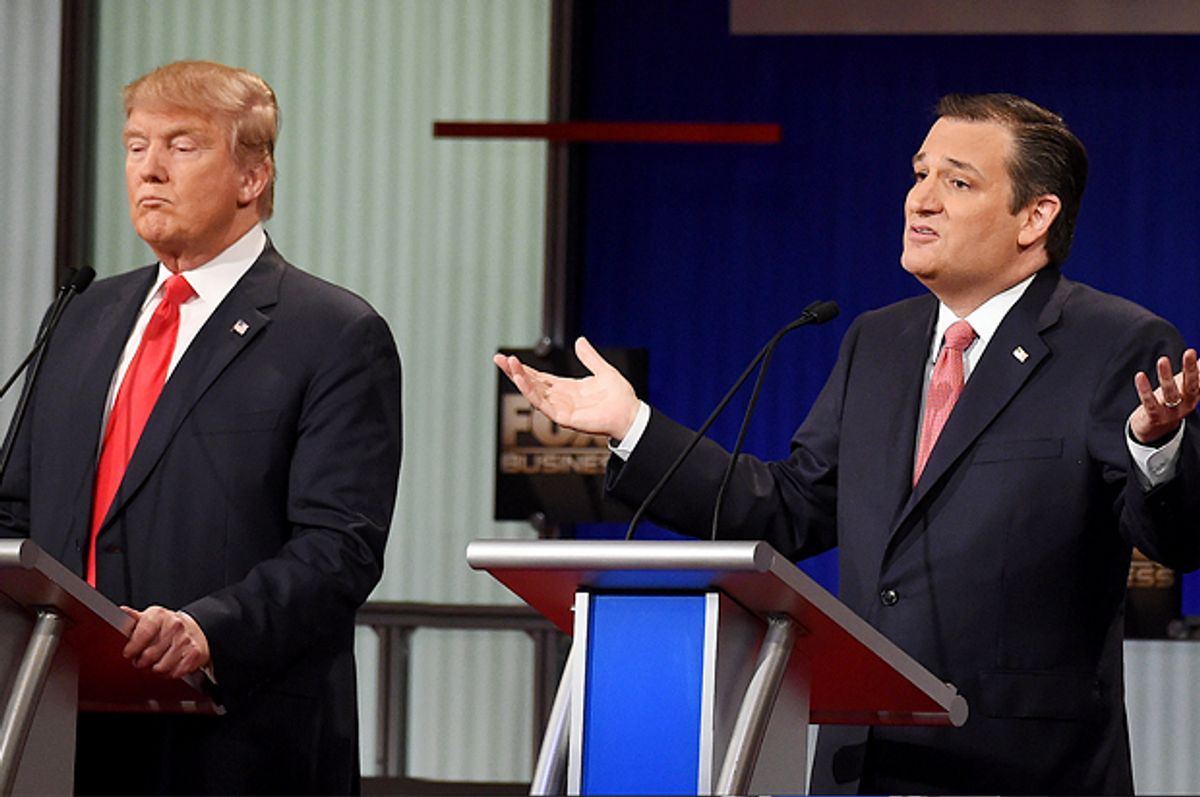 Ted Cruz has recently accused Donald Trump of “New York values.” Last night at the Republican debate, Trump hit back hard with a patriotic reference to September 11, and Cruz seemed to eat crow for a moment. (The fact that Cruz took an enormous loan from New York’s Goldman Sachs has not been great for him either.)

The term has been raging on social media today on both sides of the political aisle. Does the term make sense as an insult? And what does a phrase referring to a city of millions of people really mean? Is there something pernicious behind it?

Salon spoke to Columbia University linguist John McWhorter – a New Yorker, as it happens – about the layers built into the term. The interview has been lightly edited for clarity.

So John, how does the phrase resonate for you? Is it a loaded term?

I’ll start out by saying that I don’t read it as a racially coded comment – that’s not what you’d throw at Donald Trump. Trump is not exactly someone we’d think of as being especially sensitive about race. And he’s insulted black people with Black Lives Matter, insulted Latino people over immigration… It wouldn’t be coherent to associate Trump with “all those dirty brown people in New York.”

So I think what it meant is the grand, old accusation – a good 125 year old now – that New York is a cesspool of depravity. It’s blue American, and Cruz is clearly lining the Republican party against this decadent, elite, money-grubbing, morally lax metropolis.

So what he’s saying is that Trump, though a Republican, doesn’t fit into the party because he’ll allied with something fundamentally un-American, which according to [Cruz] is urban, morally progressive… and you get the dig in of money.

It’s one thing to say that New Yorkers are all about money because Wall Street and Trump Towers are here… But how would Cruz feel about oil barons in Texas? New York has this air of depravity, and you can put the money-making as one part of the puzzle. It’s kind of deft in a way. But of course, our primaries begin in distinctly un-New York places.

It’s almost as if Trump watched “The Good Wife” last week, where they have Peter Florrick as this Democratic candidate. They go to Iowa, and Peter is an urbanite who doesn’t like eating the loose meat sandwich, and is caught on camera spitting it out. And his wife is caught on camera making a disparaging comment about Iowa. They idea is they are urbanites. And the heartland of America is incompatible with them. Peter comes in fourth place.

Cruz is trying to paint Trump as a Peter Florrick in that way. Not bad! I think if I were Ted Cruz I would have said that.

It’s an interesting way of painting the Republican party, since 50 years ago they were quite identified with urbanity, it was possible to be a progressive person and be a Republican. A very long time ago to be a Republican was to be an abolitionist. An abolitionist was somebody who was morally ahead of the curve and repulsive even to even many educated people in the 19th century. That’s how Republicans began; it’s interesting to see how these things evolve.

You don’t hear anti-semitism in the term?

There’s no doubt that that characterization of New York generally is also an anti-Jewish jab. I don’t think Cruz was going there. There’s [sometimes] that in it. We remember [Jesse Jackson’s] “Hymietown” comment. There could be a smell of that in there.

May not be intended but could resonate that way with some people?

We found out last night that the echoes of 9/11 are still alive when someone insults New York. For a while America identified with New York City.

I don’t think that lasted very long. Nine-eleven is now 15 years ago. There’s a new building on the spot. It’s been so long that you can criticize New York.

[Despite Trump’s rebuttal] New York can be criticized again as a filthy, morally decadent place. It can be identified with Upper West Side and Upper East Side values – of people like Donald Trump and the financial meltdown of 2008. Rather than, as it was for a while, the doughty firemen working to save as many people as possible, and the working man. Because there’s a whole other New York that Cruz is not referring to or pretending not to understand: New York, to me walking around it all the time, is about people of color working very hard at jobs they probably don’t like very much. That is a New York that we all saw after 9/11 as well.

The other word that’s part of this phrase is “values,” a word that’s typically used by the religious right.

That’s true. One of the reasons Cruz’s comments is deft is that he’s almost using the term as an oxymoron. “New York… values.” Your child, making a lot of money, stepping on the little man. In general, this being a place that the real America is not – broken families and the like. It’s a very deft use of the term “values.” It implies that the world “values” is set inconveniently against New York. Not “family values,” but New York values.

I’m sure that he didn’t come up with that phrase himself. His team worked that out. It has a real debate-team thrust.