The scary truth about inequality: Why the GOP has little reason to reconsider its dangerous politics 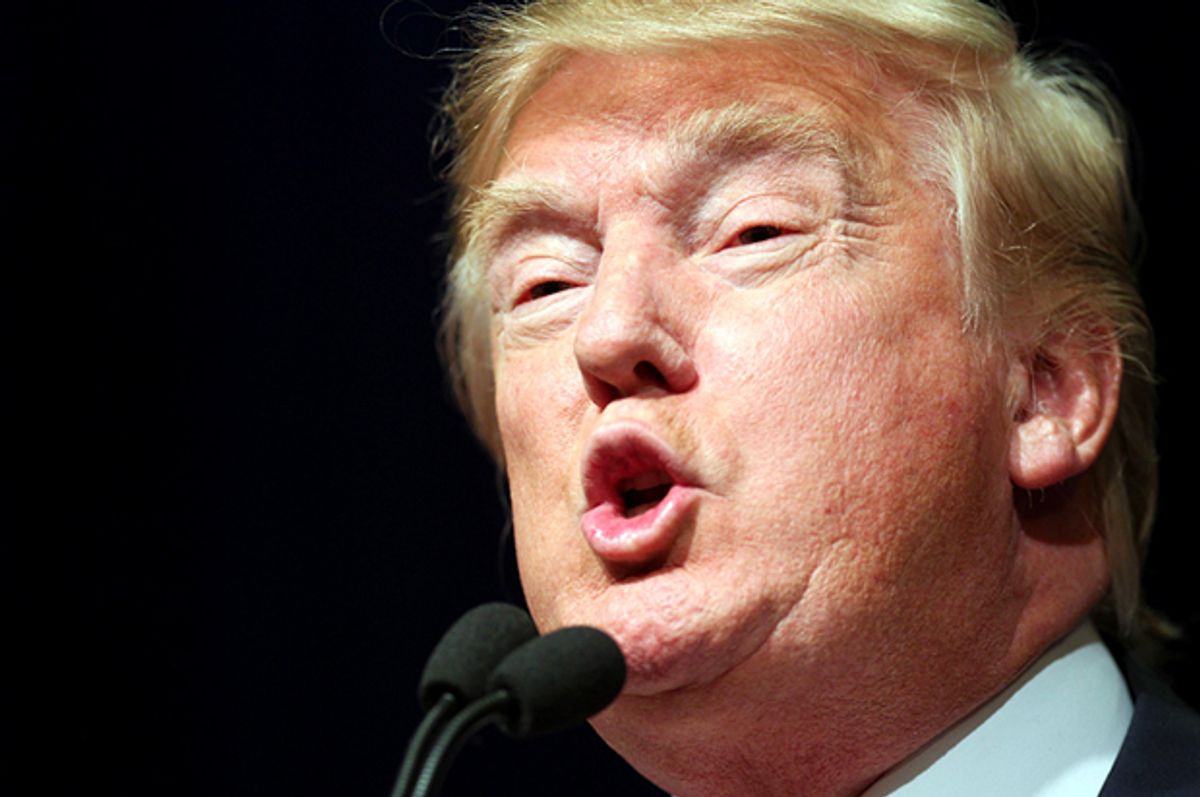 Are the wealthy to blame for the lack of action? On the one hand, there is plenty of evidence that the wealthy exert overwhelming influence over politics. At the same time, however, many middle-income and working-class people still oppose government action that could reduce inequality. The power of status quo bias and American attitudes toward individual success also contribute to the lack of government action on inequality.

But that doesn't explain the whole story. We believe there are two other key factors involved: racial animus and individual difficulty in connecting government action to lived experience.

To untangle the complicated connection between racial attitudes, economic insecurity and government inaction on inequality, we turn to data from the 2012 American National Election Study (ANES), a rich survey with many detailed questions on public policy, political preferences and racial attitudes.

To measure racial resentment toward African-Americans, we created a scale based on five questions; for example, “Irish, Italians, Jewish and many other minorities overcame prejudice and worked their way up. Blacks should do the same without any special favors.” To measure the impact of overtly racist stereotypes, we created a scale that combines eight questions that ask whether the respondent judges Asians, blacks, Latinos and whites as either “lazy or hardworking” and “intelligent or unintelligent.” Finally, we created a scale to measure perceptions of economic insecurity using five questions that ask about economic peril. (For example: "So far as you and your family are concerned, how worried are you about your current financial situation?") In addition to these three factors, our models controlled for race, income, education, gender, religiosity, feelings about “illegal” immigrants, age, partisanship and political ideology.

The first question we examine is whether individuals favor or oppose government reducing inequality. The model results show that the two most important predictors of opposition to policy are being a Republican and having high levels of racial resentment. The lefthand panel of the graph below shows that Republicans are significantly more likely to oppose government action to reduce inequality compared to Democrats and Independents. The righthand panel shows the effect of racial resentment on support for government action to reduce inequality. The difference in attitudes toward inequality between those with low levels of racial resentment and those with high levels is almost the same as the difference between Democratic and Republican partisans. Identifying as ideologically conservative also increases opposition to inequality-reducing action, but the size of that effect is dwarfed by the effect of identifying as a Republican. Perhaps most surprisingly, factors related to income and feelings of economic peril or insecurity have no significant impact on opinions regarding whether government should take action to reduce income inequality. It is assumed on the left that worse economic conditions will lead to more support for redistribution, but the evidence above shows it simply ain’t so. Why? There is a broad swath of evidence suggesting Americans have difficulty linking government policy to lived experience, particularly related to inequality. As journalist Chris Hayes notes (when discussing undecided voters),

"The undecideds I spoke to didn't seem to have any intuitive grasp of what kinds of grievances qualify as political grievances. Often, once I would engage undecided voters, they would list concerns, such as the rising cost of health care; but when I would tell them that Kerry had a plan to lower health-care premiums, they would respond in disbelief--not in disbelief that he had a plan, but that the cost of health care was a political issue. It was as if you were telling them that Kerry was promising to extend summer into December."

This, however, extends beyond undecided voters. A recent working paper by leading political scientists Eitan Hersh and Brian Schaffner suggests Americans have deeply limited views on what issues government can actually affect. They write,

“Specifically, petitioners tend to favor particularistic policy proposals over those with broader consequences and they are inclined toward post-materialist issues rather than redistributive ones.”

In older research, Nathan Kelly and Peter Enns demonstrated that as inequality rises, support for redistribution among Americans decreases. Research by political scientist Larry Bartels as well as political scientists Jacob Hacker and Paul Pierson shows that the general public has difficulty connecting public policy with inequality. Bartels observes, regarding the inheritance tax that benefits the very wealthy, “a very substantial number of people support repealing the inheritance tax because they mistakenly believe that their own taxes will be lower as a result.” Political scientist John Sides finds that “correct information about who actually pays the estate tax does increase support for the estate tax.” He finds the effect is strongest among lower-income conservatives.

Meanwhile, political scientists Anthony Fowler and Michele Margolis find that informing people about Republican and Democratic policies using objective information leads them to shift toward supporting Democrats. ANES data suggest that among those who agree that inequality is bad, higher political knowledge leads to more support for government action to reduce inequality.

The chart below shows that among those who believe inequality is a problem, support for action increases with political knowledge (gauged by the number of correct answers to questions like who the treasury secretary is). These results should lead progressives to reconsider the importance of race as a motivating factor on attitudes related to a wide swath of policy issues. Indeed, consideration of race should be central to analysis of even issues, like economic inequality, that seem to not be about race. But further, they show that the idea that Republicans will ever go so far to the right that Americans will reject them is unlikely. The sad reality is that most Americans don’t see a large causal connection between government policy and their lived experiences. Instead, they’ll likely blame the poor, immigrants and blacks.