When the past is present: What slave narratives teach us about our greatest human desire 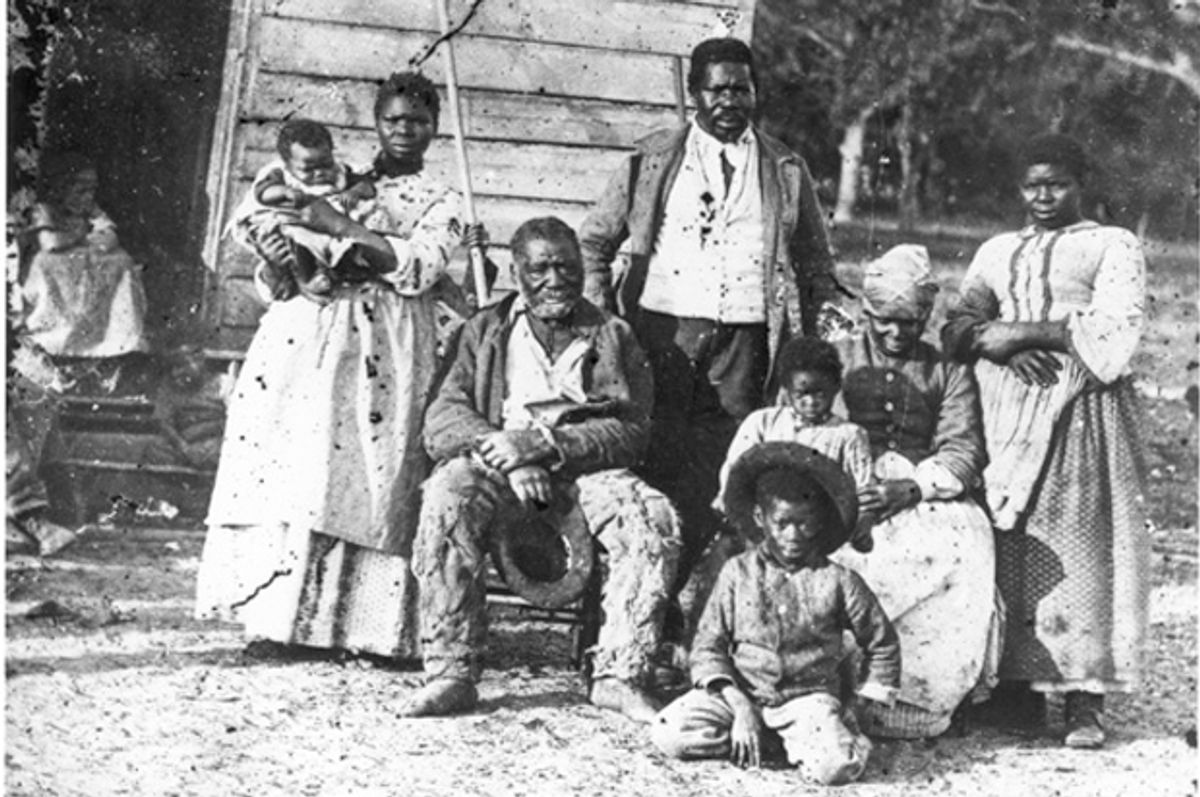 Professor McCarthy teaches students that stories of the oppressed are powerful tools in building a world where all people are free. These are the closing remarks from his “Stories of Slavery and Freedom” class last semester. It’s a poignant read for everyone this month, Slavery and Human Trafficking Prevention Month, as America’s presidential primary voting season is poised to begin.

Stories have the capacity to turn difference from a barrier to a bridge. They don’t eradicate difference, nor should they necessarily, but they can help make it seem less “scary,” less “foreign,” less unhuman.

When told well and absorbed deeply, stories have the effect of stimulating in us a recognition that people who may look nothing like us or sound nothing like us—people who lived in a time and place very distant from our own—are nonetheless like us in fundamental ways. At their best, stories can inspire us to treat others with full and equal dignity by virtue of the fact that they, too, are human. That is the power of the humanities. I believe this in my bones.

As a historian, I think it’s particularly important to think about the power of stories while honestly confronting the most grotesque examples of human violence we have available to us. Slavery is chief among them. There are few institutions that represent more glaringly the violent assault on humanity, and few cultural forms that represent that experience more powerfully than the stories of enslaved people.

“Slave narratives,” as they’re often called, teach us that there is nothing more fundamentally human than the desire to be free. Many people want to be able to vote, to earn a living wage, to marry the person they love. But before all of these human rights comes freedom.

In the United States, we've been working out what freedom means for a very long time, well before the birth of the nation itself. We still don’t have one working definition; we may never have one. We’re also still struggling to figure out how to abolish slavery—globally and here at home. The stories we have read this term are stories of human evil, but they are also stories about the human yearning to be free. That is what drives this course: the insistence that these two things—the stories of slavery and freedom—must be studied together.

Stories have the capacity to break things down, and stories of slavery in particular have helped to shed light on the peculiar ways we structure our lives based on socially constructed binaries of race, gender, sexuality, religion, nation and the like. Our identities are defined and our experiences are shaped, often unequally and violently, in relation to some “other” or “opposite” within the context of the socio-economic-political systems that provide context for our lives at any given moment in history. The stories we have been discussing this term help expose the fact that these binaries are more fiction than fact, even though they are very real for so many of us.

And speaking of breaking down binaries, stories of slavery and freedom also help us to see individual acts of conscience and collective acts of resistance as related rather than opposed to each other. Some people think it’s enough to be nice and charitable on an individual level, be compassionate and feel empathy, feed someone when they’re hungry, house someone when they’re homeless, and clothe someone when they’re naked. Others think none of this is ever enough unless you’re dismantling systems of power and privilege like slavery, capitalism, white supremacy and patriarchy. But the stories we've been reading this semester teach us that social change is never an either/or proposition. We must be compassionate people who care for one another, who protect each other’s dignity, as well as brave people who protest the things that are designed to deny it. We must be able to keep these two things in our head and heart at the same time. We can work to disrupt and dismantle structures of oppression and inequality, our complicity in perpetuating them, and be decent people, practicing equality in our everyday lives, while we’re at it.

That said, stories of slavery and freedom create something of a paradox, a tension, for us as scholars and students, readers and citizens. On the one hand, I’m always inspired by the constant, transcendent yearning to be free. I feel like it’s impossible to hear someone talk about wanting to be free, struggling to be free, and not be moved by it in some way. At the same time, I get angry reading these stories from the 18th and 19th centuries, these 20th and 21st century slave narratives in "To Plead Our Own Cause," because after all these years, slavery still exists. We haven’t yet gotten it right, despite all we know.

I feel this tension right now. Despite our differences, and there are many of them, the one thing we all have in common is that we are living in this historical moment, surrounded by modern-day manifestations of the very things we have been studying historically: the construction of black people as somehow a threat to the nation; the idea that whiteness is more valuable than blackness; the need to have systems in place—slavery, segregation, lynching, police, prisons—to keep folks in their place; the fact that the state still slaughters people of color at the border and in the street by agents of the state who are armed and empowered to do just that; the tragic reality after all these years that black lives still don’t matter in America. We live in a world where we’re constantly reminded that the past is present—the daily micro-aggressions that become macro-aggressions over time, or the fact that all these things remind too many of us of the myriad aggressions that have been overlooked time and again throughout history.

My hope is that classes like this one can help us navigate the precarious and persistent paradox of hope and anger. I know I’m not the only one struggling mightily with this right now—in this nation, or even in this room. The older I get, the more I see history repeat itself, over and over again, same old stories, it’s debilitating. There’s a temptation to fall deeply into the abyss of anger, rage, even despair, so much so that it is impossible to find hope anywhere.

But I want to leave you with this: the greatest wellspring of hope I have is all of you. The reason I love teaching is because you give me hope that we may still be able to create a world better than the one we’ve inherited. We are living in a deeply troubling and also potentially transformative moment in American and world history. How it works itself out will depend, in great measure, on the work we all do together—but especially the work that you all do over the course of the next generation. Take whatever insights and inspiration you have gotten from this class, and go into the world and heal it. The world needs you right now.

Read stories of people overcoming slavery in the 21st century, told in their own voices, here.

Timothy Patrick McCarthy is an award-winning scholar, educator, and activist who teaches at Harvard University, where he is core faculty and program director at the Kennedy School’s Carr Center for Human Rights Policy. He also serves on the board of Free the Slaves.