"The Kelly File" host reminds viewers why she works for Fox News, while Sean Hannity sees communists all around us 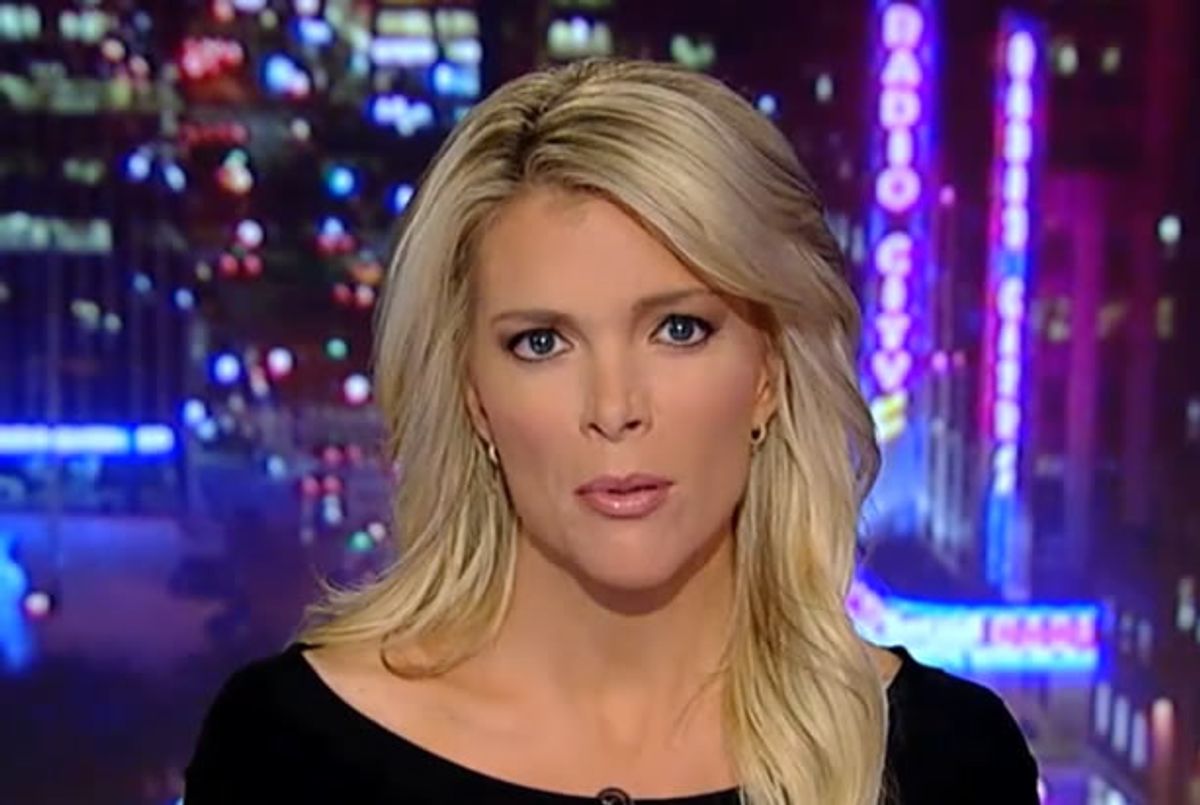 It is almost impossible to enumerate the bellicosity, paranoia and flat-out lying that emerged from the rightward flank this week. But that’s what happens when you have a Republican debate and President Obama's State of the Union speech within days of each other.

There’s a paper trail, guys! Documents! Records! Video! What sort of madness is this! In the highly competitive Biggest Liar contest, the nod goes to Christie.

Here were some other less reported but totally nutso moments in the right-wing loonisphere this week.

There would be a number of advantages to a Bernie Sanders presidency—a shot at universal healthcare, a commander in chief who thinks global warming is the greatest threat to national security and who cares about inequality, the little guy, black lives and rapacious banks, for starters. But Bill O’Reilly helpfully revealed another benefit to a Sanders administration on the air this week. He said he'd leave the country! Hallelujah! Glory, glory hallelujah!

In an extremely rare, slightly self-deprecating moment, O’Reilly added. “I shouldn’t say it publicly because that will get Sanders more votes. But I’m not going to pay 90 percent of my income to that guy. I’m sorry. I’m not doing it.”

Not sure where he gets the 90 percent fiction from—oh right, his fevered imagination. O’Reilly also seems to be confused about how taxes work, and thinks they are paid directly to the president, which might be an indication that he does not pay his.

But he might be right about his promise to flee inspiring more Sanders votes. Of only t’were true. Can we hold him to that promise?

2. Rush Limbaugh outraged that Biden will lead fight against cancer.

It would be nice if we could just dismiss Rush Limbaugh as a right-wing crank who has no real impact or meaning in political discourse. But we can’t. If "respectable" Marco Rubio appeared to take his debate preparation cues from conspiracy crank Alex Jones (Obama’s coming for your guns!) this week, Ted Cruz apparently got some of his talking points from Rush Limbaugh. As Vox’s Matthew Iglesias said:

Every candidate on the stage denounced Obama's calls for gun control, but only Cruz managed to work in the Fast and Furious pseudo-scandal and an obscure 1995 Eric Holder quote about wanting to "brainwash people into thinking about guns in a vastly different way." Cruz is simply operating on the same wavelength as a dedicated Rush Limbaugh listener in a way that none of the other candidates are.

Cruz and other dedicated Limbaugh listeners also heard another doozy of a statement this week, when Rush derided one of President Obama’s seemingly benign announcements during his State of the Union speech about Joe Biden.

“This curing cancer business,” Limbaugh sneered. "It was a lift, from 'The West Wing' TV show. Pretty close to verbatim. But in addition to that, Obama promised to cure cancer in his State of the Union address in 2009, 2010, and last year, which is why last night he said 'once and for all.' And then whatever chance we had at curing cancer was blown to smithereens when he put Joe Biden in charge of it.”

Now, you might have thought that vowing to step up the fight against cancer (in a week where the disease took David Bowie and Alan Rickman) and appointing a man who lost his son to brain cancer to lead the effort would be a relatively uncontroversial, decent thing to do. But then, what does decency ever had to do with Rush Limbaugh, my friend? Alas, not a thing. Not a thing.

3. Jeb! says a truly terrifying thing about where he gets all his news.

At the moment, the danger that a third Bush might again occupy the White House seems pretty remote. But then, you never do know. Primaries and elections are crazy things. To wit, Trump and Reagan.

And while Jeb! can seem like the most reasonable person on the stage during a GOP debate, it’s been fairly well established that this is not saying very much at all.

Despite the poll numbers, Jeb Bush continues to operate under the assumption that he will be the nominee and so focused much of his somewhat limited firepower on Hillary Clinton at Thursday’s debate.

“Hillary Clinton would be a national security disaster. Think about it. She wants to continue down the path of Iran, Benghazi, the Russian reset, Dodd-Frank, all the things that have gone wrong in this country. She's under investigation with the FBI right now. If she gets elected, her first 100 days, instead of setting an agenda, she might be going back and forth between the White House and the courthouse. We need to stop that.”

Is it true? Brian Kilmeade asked. Your “sources say the indictment could be coming?”

Egads! It’s even more terrifying when Republican candidates tell the truth than when they lie.

4. Sean Hannity speaks out about his life in a communist country.

Newflash: Many New Yorkers are less than thrilled that Donald Trump has assumed not just the “mantle of anger” in this election, but the defender of “New York values” against attack by evangelical slimeball Ted Cruz.

This little spat between the GOP frontrunners reminds Fox newsians of their unfortunate plight of being headquartered in the liberal sin city. For Sean Hannity, it is especially painful these days, and he shared some of his pain with viewers on Friday:

“Ted Cruz is right in his sense. I live in New York, and it—you know, for those of you that don't live in New York, I gotta tell you something. You have no idea what it's like to live under communism. We have Comrade de Blasio.”

Yeah, that’s right, comrade. New Yorkers live in a communist dictatorship. That’s why all those multi-million-dollar apartments have been seized and given to the peasantry.

Of course, Hannity’s colleague Bill O’Reilly shares this view, raising the question of why he has not already fled this socialist country where he lives. “Look,” he told Geraldo Rivera, “I'm a New Yorker, too. When Cruz says 'New York values,' I'm not offended. I understand that this city is an ultra-liberal city. Who's the mayor? Mao Zedong. That's who is the mayor now.”

Think about it, Geraldo. Who's the mayor? Mao Ze Comrade de Blasio.

5. Megyn Kelly upset that Muslim activist was invited to SOTU.

Megyn Kelly, a little like Jeb! Bush, gets wholly undeserved points for being a reasonable voice in a sea of crazies. Let’s just think about that for a moment. This is a woman who has been on a mission to prove that Santa Claus is a white man, because that’s important to her.

This week, Kelly focused her outrage on the fact that Democratic National Committee chair Debbie Wasserman-Schultz invited a Muslim civil liberties activist to the State of the Union speech.

“We have an outrageous situation where you have much of the Republican field of presidential candidates, and others, who have consistently criticized, discriminated against, said horrific things about Muslim Americans in this country," Wasserman-Schultz tried to explain. “Presidential candidate Donald Trump...” she sputtered before Kelly cut her off.

Seems old Megyn would have preferred a different Muslim American, one who was not a civil rights activist, because she thinks there are “a lot of great Muslim Americans” out there.

No doubt, some of them are her best friends even if they don't believe in white Santa.