Mediocrity is for white kids: Debates over Asians and the academic "ethnic divide" are about white entitlement, not oppressive immigrant parents 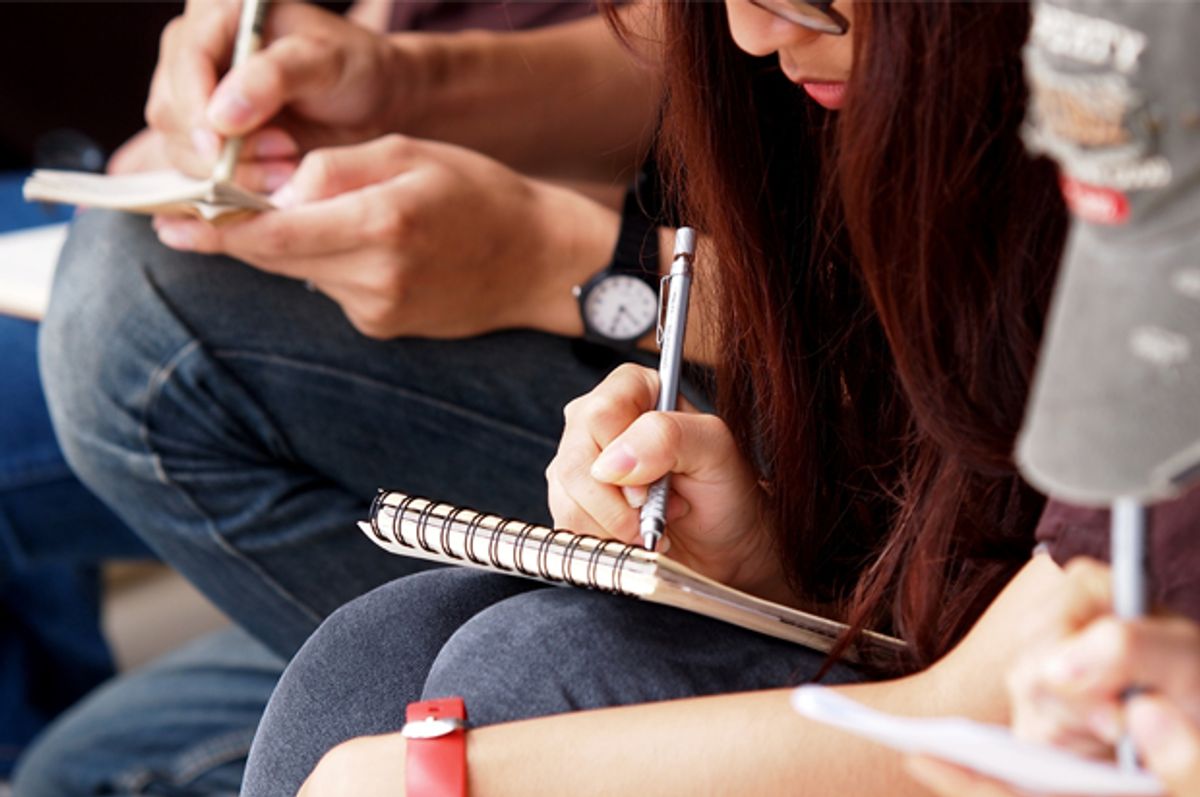 In the midst of a national debate about the effects of affirmative action, elections for the Harvard Board of Overseers have reinvigorated a discussion about the school's discriminatory practices toward Asian-Americans. One slate of candidates has demanded the release of data on admissions criteria. “The politically charged data holds,” according to the New York Times, “the potential to reveal whether Harvard bypasses better-qualified Asian-American candidates in favor of whites, blacks, Hispanics, and the children of the wealthy and powerful, the group argues.”

The article comes on the heels of another Times piece titled “New Jersey School District Eases Pressure on Students, Baring an Ethnic Divide,” an investigation into the West Windsor-Plainsboro school district of New Jersey. The district, which has seen an influx of East and South Asian immigrants in recent decades, is currently locked in a debate purportedly triggered by high levels of student stress. But rather than focusing on the provision of mental health services, the bulk of reforms were academic, limiting homework, test schedules, advanced programs, and opportunities for outside study. In a stab at faux-empathy, the article quotes sociology professor Jennifer Lee. “What they believe is that their children must excel beyond their white peers in academic settings so they have the same chances to excel later,” Lee says of immigrant parents.

In an attempt at feigning balance, the Times portrays this as a “belief,” one that may or may not be confirmed by unreleased data. In actuality data, necessarily apolitical, has already revealed that Asian-Americans must outperform their white peers to the tune of 140 SAT points in order to win admissions to elite universities. Harvard admissions officers have also made many a, how do I put this, charged, statement in evaluating Asian applicants. “He’s quiet and, of course, wants to be a doctor,” wrote one.

These prejudices ought to outrage students, parents, and educators alike. Having attended WW-P schools from third grade through my senior year of high school, I would have hoped that my white peers would have expressed unease about the measurable psychological impact of being constantly typecast and discriminated against.

Instead, they responded on social media with put upon concern that would place them in lockstep with Harvard admissions. They complained that students' schedules were being handed down to them by dictatorial, oppressive parents unconcerned with their well-being. They stressed the importance of down time for social learning, the development of emotional intelligence that couldn't be measured by a math test. They pointed out that they didn't fit into this mold of quantitative excellence but turned out great. Most horrifyingly, current and former educators groaned about levels of parental involvement many teachers would kill for, and bemoaned how awkward and odd many of their bright and overachieving students were.

Though disappointing, the reaction was hardly unpredictable. This bizarre claim is one I've been hearing all my life — that there's some kind of negative correlation between what we traditionally define as academic success and things like creativity, athletic ability, sense of humor, taste, or any other traits people not-so-subtly imply Asians don't have. In years of academically rigorous summer programs, the kind the district is clamping down on, and later during four years at Harvard, where I majored in computer science, I met scores of people who bucked this trend. Students and professors who were hilarious and kind and incredibly engaging and confident public speakers, in addition to being brilliant mathematicians and engineers with a deep and genuine love of learning. Their self confidence just happened to be well-deserved and hard-earned.

The debates and biased Times coverage are snippets of broader conversations. Studies show that white Americans favor meritocracy until they learn how well Asian Americans would fare under such a system. There is certainly a way to approach the concept of "holistic education" that isn't misguided, but the term has been co-opted by those who'd rather point to imagined differences in social and emotional intelligence than grapple with the realities of their unearned material comfort. Indeed, what was described by the Times as a district easing pressure on students could have just as easily, and in my opinion more accurately, been described as a district changing standards to appease parents who don't want their children to feel average. Framed differently, this is a story about white entitlement, not Asian oppressiveness.

It would be easy to dismiss others' problematic worldviews if they weren't so clearly perpetuating the problem. The pigeonholing, from a young age, of Asian students who excel academically is part of what drives discrimination in college admissions, and in promotion to management later on in life. (Not to mention vast discrepancies in representation in more creative fields, writing included.) State employees whose salaries are being paid by the taxes of Asian and white parents alike ought to think long and hard about their role in shaping the students they teach. Where they ought to be encouraging students to embrace social differences, so long as they don't interfere with others' learning, they instead seem to be passing judgment, particularly when those students happen to look a certain way.

For it seems that the very people complaining that there is no one way to be smart, that academic structures ought to do a better job of recognizing different forms of intelligence, seem to think students need to fit a one-size-fits-all mold to be socially and emotionally healthy. Thankfully, our economy is increasingly recognizing that personality is a poor barometer for character. Many “socially awkward” people whose work ethic, quantitative ability, and intelligence are indisputable have been able to thrive as business leaders and entrepreneurs, humorists and artists. Unfortunately, the figures who have risen to social prominence while embracing all these aspects of their personalities are still almost all white men.

Cultures do not develop in a vacuum. They are the collective result of individual lived experience. I'm glad to hear from my white classmates that their low GPAs and lack of extracurricular involvement haven't precluded their professional success. That must be a wonderful reality to live in. Perhaps they can give me a tour some time. Unfortunately, that is not a reality in which their Asian-American peers have the luxury of residing. Correcting that injustice is a prerequisite to lecturing immigrant parents on how to raise their kids. Kids who, like white children and teenagers, have agency. By and large, they're capable of seeing that their parents care deeply about their well-being, want better for them than they've had themselves, and are doing their best to prepare them for the world they're about to enter. If only the   adults in their community could be so insightful.