The only way to stop the next El Chapo: Why America needs to legalize all its drugs

What will the drug kingpin's recapture really accomplish? Not much, unless we get serious about ending the drug war 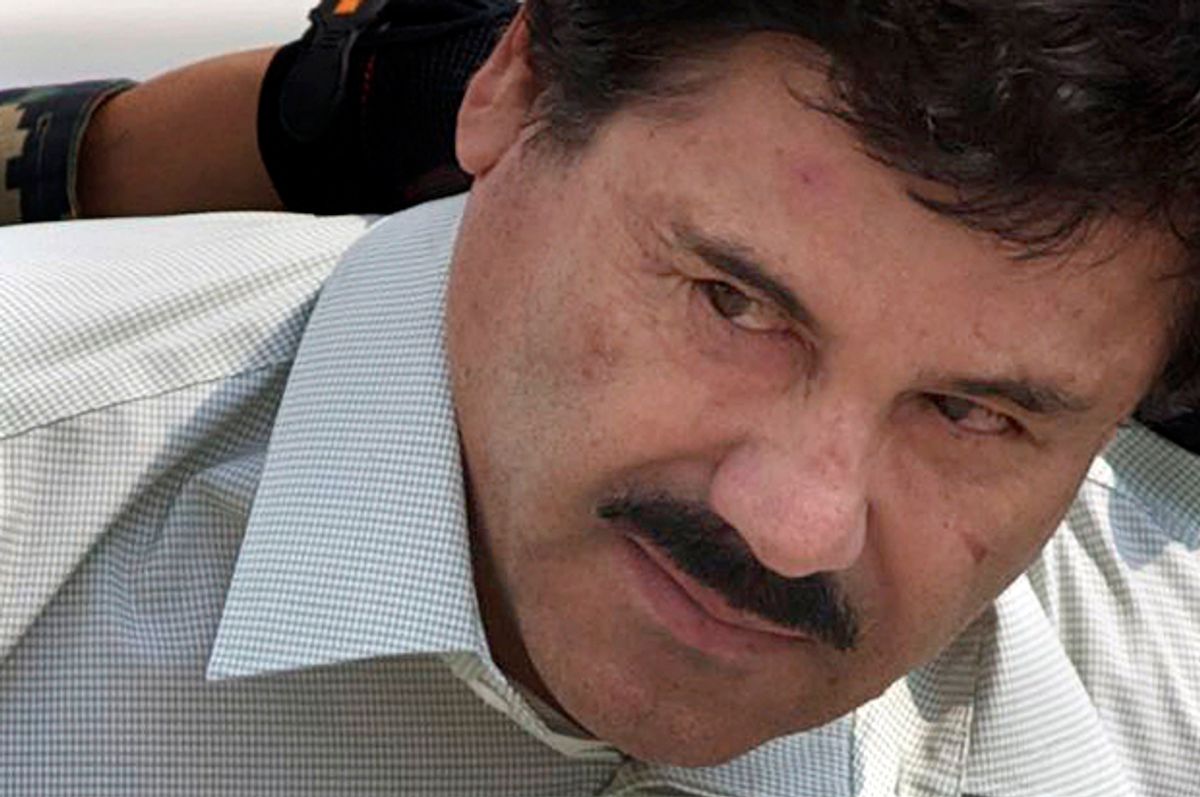 Joaquín “El Chapo” Guzmán put it simply to Sean Penn: "The day I don't exist,” drug trafficking is “not going to decrease in any way at all.”

Yet the Sinaloa Cartel boss's recapture has focused a lot of attention on Sean Penn and not so much on how and whether it will make the United States and Mexico safer, or more free of drugs. This would ostensibly be why Guzmán's arrest is such a big deal, why the U.S. and Mexico are fighting a drug war that has turned regions of Mexico into war zones and led to countless deaths and imprisonments on both sides of the border.

Such a war should have a really good rationale, given the costs.

“In terms of the violence, in terms of the accessibility of illegal substances, El Chapo's capture won't make any important difference because the rest of the strategy is the same,” says Catalina Pérez Correa, an expert on the Mexican criminal justice system and drug policy at the Mexico City-based Center for Research and Teaching in Economics (CIDE). Capturing the bosses does nothing to “really control the substances that are available in the market.”

What's worse, the “kingpin”or "decapitation" strategy also risks provoking enormous violence. That has been the case in recent Mexican history, where arrests of top leaders have sparked extraordinary bloodletting between cartels and rival factions, from Tijuana to Acapulco. The only way to help put the Sinaloa Cartel and the rest of them out of business is to take that business away from them. And legalization is the one way to do that.

“The market has to be regulated from production to sales and distribution,” says Correa.

The framing of El Chapo's crimes in the media is misleading. The cartels don't so much profit from shipping drugs to the United States as from controlling or taxing a flow of drugs that would exist no matter who is in charge of it. Since drugs are illegal, a market that the government could otherwise control and oversee is instead rendered an underground economy run on the streets by people who enforce contracts and win market share by perpetrating violence and corrupting public officials.

“They have a comparative advantage in illegality,” jokes John M. Walsh, a Senior Associate at WOLA, a Washington D.C.-based Latin American research and advocacy group.

“I think its pretty clear that the prohibitionist system creates the fantastic profits that make the illegal drug trafficking organizations a going venture. So if there's some form of effective legalization that provides lawful access, and is carried out in a way that can minimize the public health risks, you can imagine that the revenues flowing to criminal groups would evaporate over time.”

Increasingly, this analysis is gaining broader purchase. A growing number of American states are legalizing marijuana, and the Mexican Supreme Court is moving their country in that direction as well.

That, unfortunately, is not good enough, because legalizing marijuana will leave most of the cartels' business intact: a 2010 RAND Corporation report estimated that Mexican drug trafficking organizations make about $1.5 billion in annual revenues from moving marijuana into the United States, making up between just 15 to 26 percent of their bloody haul.

Decriminalizing drug use, another measure gaining popularity, would create a more humane approach to drug users who have been legally persecuted by law enforcement throughout the hemisphere. In Mexico, the drug war has fueled incarceration and security force abuses.

But decriminalization will not stop the illicit drug trade. As the Global Commission on Drug Policy has has stated,

“Ending the criminalization of people who use drugs is vital, but it does little or nothing to address the harm associated with illicit drug markets…Without legal regulation, control, and enforcement, the drug trade will remain in the hands of organized criminals. Ultimately this is a choice between control in the hands of governments or gangsters; there is no third option in which drug markets can be made to disappear.”

To defeat the cartels, more dangerous drugs like heroin have to be legalized too. But while public opinion in the United States and in Latin America is moving toward backing marijuana legalization, the matter of legalizing and regulating “hard” drugs remains widely unpopular. In part, that's because “one of the big drug war successes,” says Walsh, has been a “globalized propaganda that this is the only way to deal with substance use.” And “that propaganda has sunk in.”

Changing public opinion will require political leadership to take risks, which is at present hard to imagine given the reigning political inertia and the fact that so many institutions have an interest in maintaining the status quo.

“It's alluringly easy to use drug enforcement as a proxy for showing that you're tough on crime,” says Walsh. And “you've built up bureaucracies whose budgets depend on continuing this fight against drug traffickers.”

He points to Uruguay, where former President Jose Mujica and his legislative allies created a legal and regulated marijuana market without strong public support. The marijuana legalization initiatives currently underway are public policy laboratories that will not only provide new models for pot but could broaden the public's imagination regarding the drug war as a whole. Still, legalizing other drugs will be an enormous challenge.

“But again,” says Walsh, “that's what leadership is about.”

Legalization certainly won't solve all of the United States and Mexico's problems.

Criminal gangs have already “diversified their business,” says Correa, into extortion and kidnapping. And if drugs are legalized, those sorts of criminal activities could become an even more attractive option.

“The most likely effect is displacement,” says David Shirk, a political scientist at the University of San Diego and director of the Justice in Mexico program, which receives funding from the U.S. State Department. “We're going to take away a means of income, and organized crime groups are going to seek to replace that income by other means.”

Shirk points to marijuana legalization in American states, which he says has cut into cartel revenues and prompted them to shift towards heroin: marijuana seizures at the border are down, he says, and heroin seizures are up.

Another problem is guns. Legalization would decrease demand for American-bought firearms, sharply restricted in Mexico but trafficked south in huge numbers, says Shirk. But the existing stockpile means that no matter what, “guns from the United States are going to kill people in Mexico.”

Legalization could also make a huge number of rank-and-file cartel workers newly unemployed, which would pose both economic and security concerns. Correa says that a smart approach to legalization could ameliorate the problem, for example by ushering marijuana cultivators into a legal marketplace, and allowing poppy growers in the violence-ravaged state of Guerrero to supply pharmaceutical opioid manufacturers. But legalization won't be done right if Mexico's institutions aren't transformed.

“Mexico's next big challenge I think, is constructing institutions that can achieve democratic rule of law,” says Shirk. “Which is a grandiose way of saying that Mexico needs a functioning criminal justice and public security system.”

Correa says that, ideally, ending the government's war against drug dealers and users “would free up resources to do more important things like the prosecution and investigation of crimes like kidnapping, extortion.”

But the current institutions aren't up to the task.

Legalizing drugs, to be sure, will not be easy, and there are a lot of questions about what a legal and regulated market would look like.

It's no wonder, however, that there is so little clarity about how to proceed, given that the media and political establishment accept the drug war as a given; there is too little time or research put into exploring what a system of legal regulation might look like. What's clear is that prohibition is morally indefensible given the violence it has inflicted around the world and its utter failure to ameliorate drug abuse. The United States has no right to turn large swaths of Mexico into war zones and to undermine its rule of law in the name of a domestic public health crisis that this country refuses to honestly confront.