The new anti-choice mission: Target frozen embryos to make it harder for couples like Sofia Vergara and Nick Loeb to break up 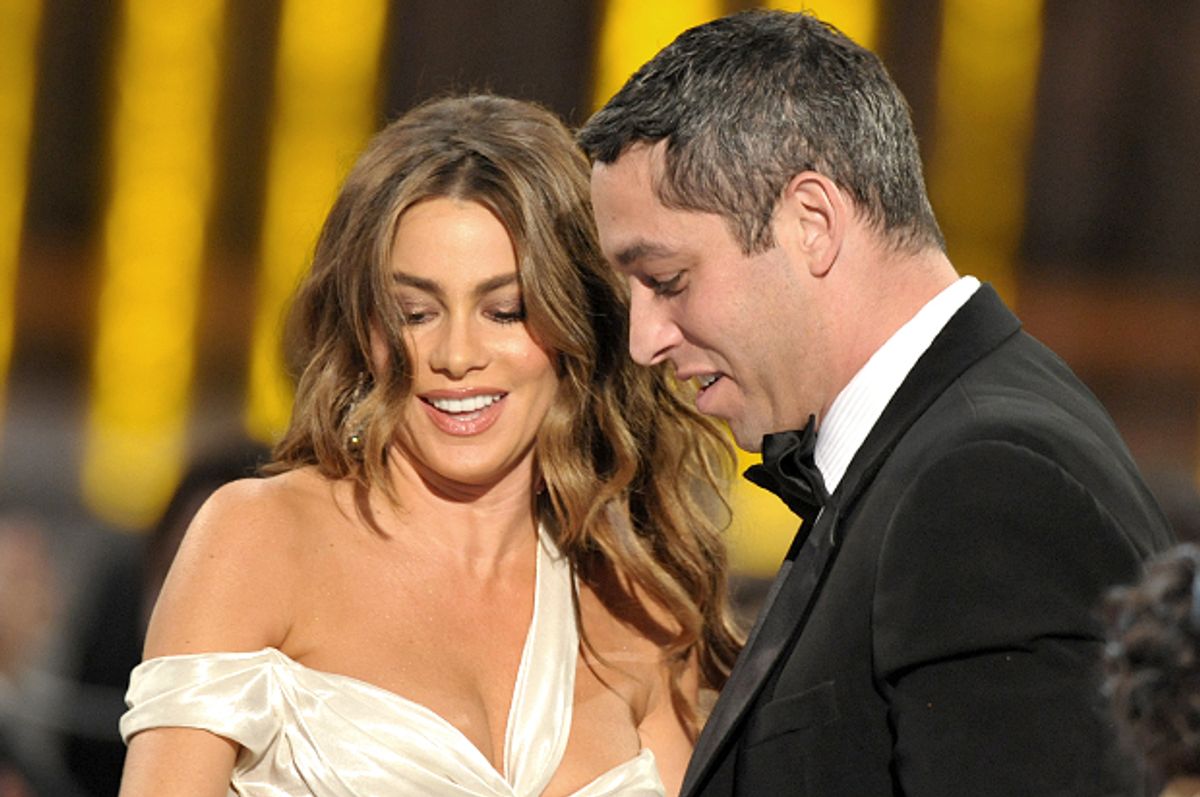 You have to give it to the anti-choice movement: They certainly are creative when it comes to finding ways to punish people who choose to live outside of their strict sexual rules that demand that you stay a virgin until marriage and stay with your one sexual partner for life. They've been able, by striking disingenuous poses of concern for embryonic life, to make it much harder for women to get abortions and have moved towards using the same rhetorical weapon to chip away at contraception access.

Now some conservatives are experimenting with a new way to weaponize human embryos to punish people for making sexual and relationship choices they don't like, in this case, people who choose to divorce. As the New York Times reports, anti-choice groups are involving themselves in people's divorces, or specifically cases where one divorcing spouse wants to keep embryos created by IVF while the other refuses to procreate with a person they are trying to break up with.

Two anti-choice groups, the Thomas More Society and Missouri Right to Life, have rushed to defense of a Missouri woman named Jalesia McQueen, who is trying to gain "custody" over embryos created from IVF with her ex-husband, Justin Gadberry. McQueen, 43, has two 8-year-old sons with Gadberry, and they have two other embryos from the same procedure sitting unused on ice.

Now they're divorced, however, and McQueen has decided wants to implant those aging embryos. Gadberry is understandably opposed to having children with his ex-wife and asked that the embryos be destroyed or donated to science instead. So McQueen is exploiting a bit of anti-choice propaganda written into law in Missouri — a 2010 declaration that "life" begins at conception — and declaring that has what amounts to a right to force an unwilling man to make babies with her.

This is the second time that the Thomas More Society has backed someone who is trying to force unwanted procreation on an ex by demanding access to frozen embryos. The group is also supporting Nick Loeb, who has been waging war on his ex-fiancee, actress Sofía Vergara, by demanding that she turn over frozen embryos made from her body so that a surrogate can carry them. Vergara responded to his bizarre legal vendetta against her by saying, in an interview, that she believes a baby "needs a loving relationship of parents that get along, that don't hate each other."

Obviously, one major reason that anti-choice groups are getting involved in this is that they see it as a way to build a legal case that embryos are "persons". But even a moment's consideration should show that this is not and cannot actually be about a sincere devotion to "life."

Most IVF procedures involve creating more embryos than the couple will use. IVF is an intense process, and so it's better all around to make more embryos than you need, as a failsafe. If you object to killing embryos, then you wouldn't be involved in IVF in the first place. If you think killing embryos makes you a "murderer," as anti-choice groups claim to believe, you'd want nothing to do with people who signed up for IVF in the first place. You know, since they were openly plotting to "murder" at least some of those embryos.

But this entire move to use embryos as weapons against someone who is trying to break up with you fits right into the anti-choice movement's real purpose, which is controlling and punishing other people's private sexual and relationship choices.

While it gets downplayed in mainstream circles, the Christian right is still bitter about the widespread legalization and social acceptance of divorce. Railing against the evils of no-fault divorce and linking it to other supposed social ills like contraception and homosexuality is still fairly standard rhetoric in the Christian right circles that the anti-choice movement springs from. Even some of the softer corners of the religious right still emphasize this idea that singlehood is dangerous (especially for women) and that the goal is to get everyone married and keep them that way. And blaming all manner of social ills on people who have multiple romantic relationships over the course of their lives is standard rhetoric in Republican circles.

Under the circumstances, it's easy to see why the religious right would find excuses to back the cause of people who are clearly, on some level, refusing to let a failed marriage go. Forcing people who've broken off an engagement or divorced a spouse to procreate with that person anyway is a form of punishment for those who choose personal happiness over the religious demands that we stick by one person for the rest of our lives.

But this whole move shows how toxic and morally bankrupt the anti-choice movement really is. Nothing good can come from giving embittered exes the chance to use frozen embryos as leverage against the person that rejected them. As anyone who has had even the slightest brush with family court can tell you, there's already enough problems out there with angry exes using property, pets and even children as weapons to hurt each other and nurse a sense of grievance, when they really should be spending their time healing and learning to move on with their lives. No one needs the added drama opportunities created by playing gotcha with frozen embryos.

The good news is that the courts have so far not been kind to those who want to use frozen embryos as tools to draw out already contentious divorces. Missouri's family court ruled against McQueen in April, pointing out what should be obvious, that it's in the best interest of children not to be brought into this world under such ugly circumstances. But anti-choicers, as usual, don't much care one way or another about what's good for children. All that matters is exerting control over other people's lives, even if actual born children get hurt in the process.