Amy Schumer fires back at new joke-theft accusations: "I would never f**king do that" 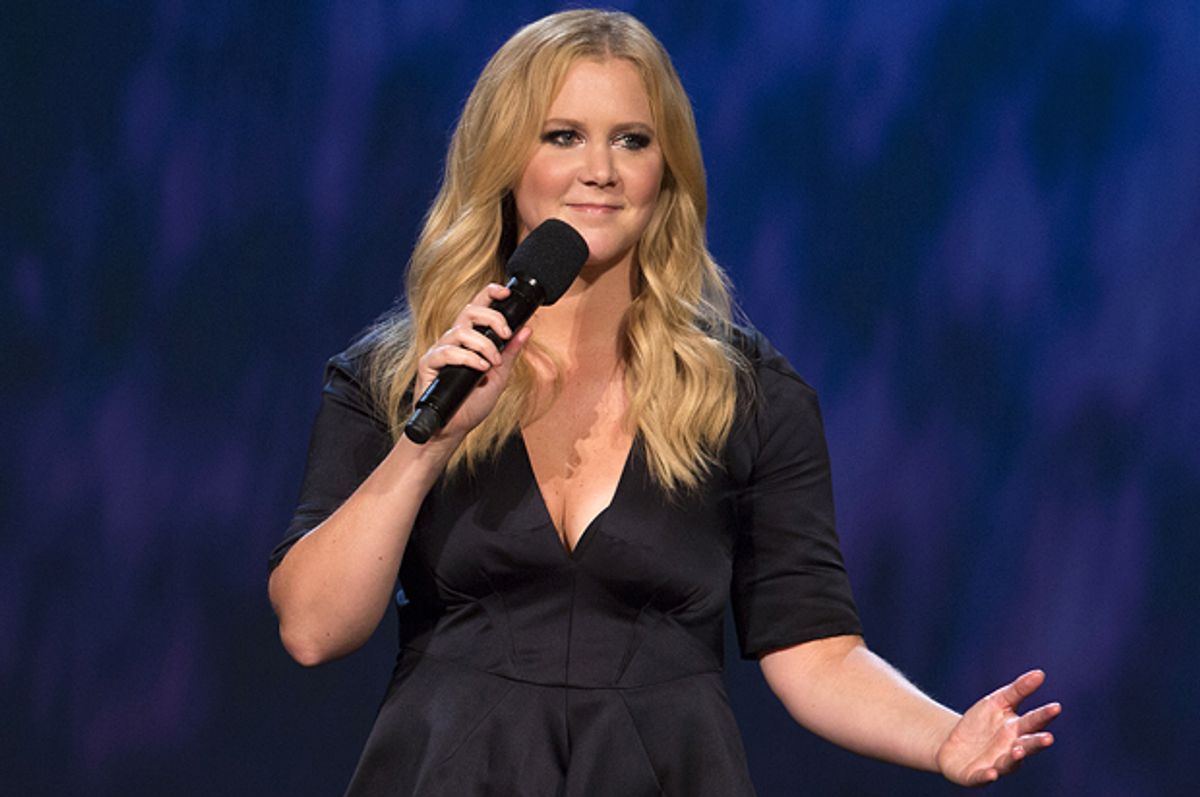 Amy Schumer took to Twitter and appeared on the Jim Norton Advice Show yesterday to shut down the latest round of accusations that she has lifted material from other comedians for her stand-up and sketch shows, as well as her hit romantic comedy "Trainwreck."

"I would never ever do that and I never have," Schumer told Norton on his show. "I'm literally going to take a polygraph test and put it on my show this season."

"It would be so stupid for me to do that," she added.

Schumer is responding to a video posted Wednesday comparing, side-by-side, stand-up bits by Schumer and other comedians, going back as far as a Wendy Liebman set from "1990s," as the video is labeled, about expecting the man to pay (for sex) on the first date. The video also includes the Patrice O'Neal "wacky sex positions" set that Schumer already denied lifting from back in October, with vocal support from the comedy community.

The video suggests that Schumer took the idea for her "Inside Amy Schumer" sketches about the "Slap Chef," a service that sends a chef to slap food out of your mouth when you need to lose weight, and "Sleep Gym," from a Kathleen Madigan stand-up bit about the personalized weight loss tools Oprah is rich enough to buy for herself.

The video also suggests that Schumer's "You dress him like that so nobody else wants to have sex with him?" joke from "Trainwreck" originated with a 2006 Tammy Pescatelli stand-up set, and also draws a (fairly ludicrous) comparison between an "It's Always Sunny in Philadelphia" promo of Kaitlin Olson in a formal gown drinking a beer to the "Trainwreck" movie poster, a fairly similar set-up that was most likely generated by a marketing team, not Schumer or the "It's Always Sunny" team themselves.

"I'm not like a little weakling," Schumer told Norton. "This stuff makes me upset and angry and I get stronger. I'll fight back."

Amy Schumer is a Joke Thief from joe schmo on Vimeo.

Schumer categorically denied all of the allegations on Norton's show, and said she hadn't even seen the bits referenced. "Both Kathleen and Wendy believe me. They know me and they don't believe I would do that. I think this is Tammy is trying to get something going."

"I came up with the scene Sleep Gym, because I was thinking it would be nice to be in a coma and have someone else work me out," Schumer explained, noting that she has not seen Madigan's stand-up specials. "One of the other ["Inside Amy Schumer"] writers came up with Slap Chef, and we just tacked it on."

Norton points out that he wouldn't be defending Schumer if he didn't believe she was on the up-and-up. "I know you well enough to know that that's not something as a comedian that would be done by anyone unless they were completely crazy," Norton said.

"That's all I care about," said Schumer. "People on the message boards, I don't care — yes, I'm the fattest, ugliest monster with the stinkiest vagina in the world, of course, yes, keep writing that, I don't care. But don't call me a joke thief. I'm not, and I would never fucking do that."