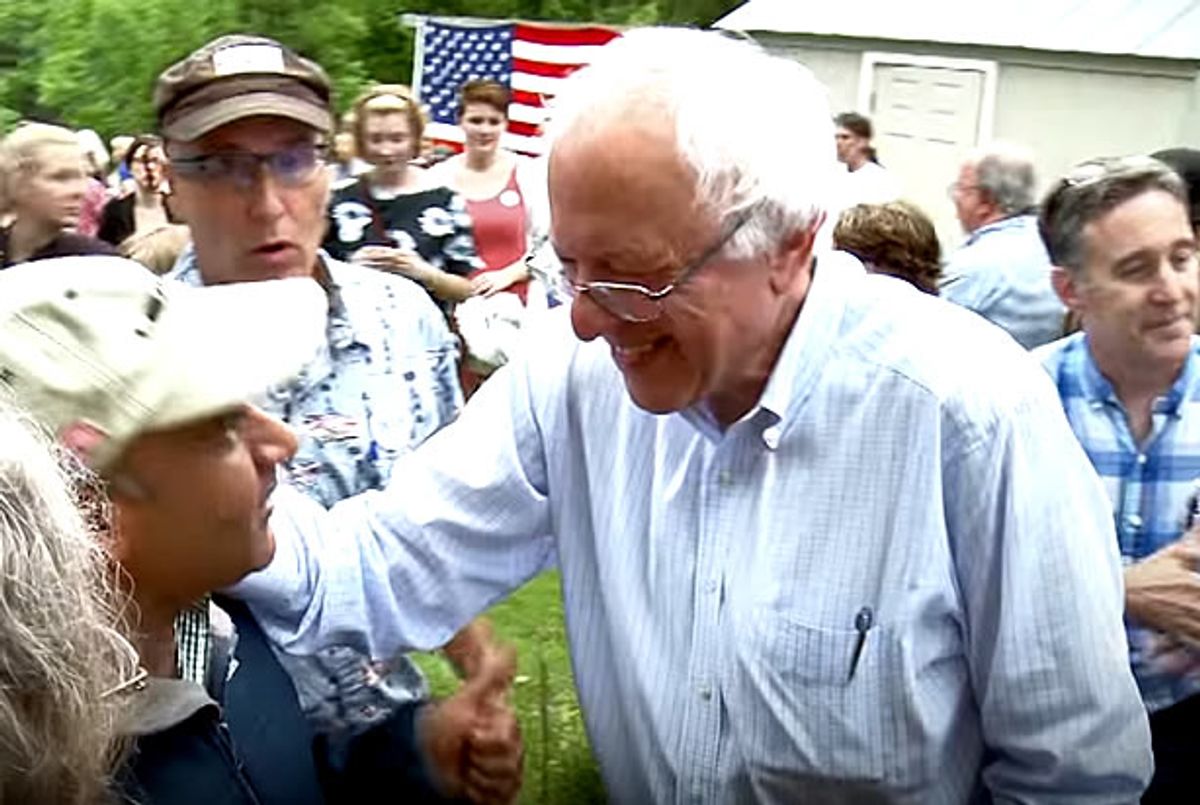 The Bernie Sanders campaign launched a spot today that featured no dialogue, no policy, just a series of images of Sanders with "ordinary" Americans set to the music of Simon & Garfunkel's "America" -- which was released on their fourth studio album, 1968's "Bookends."

While the song is a moving tribute to those who don't necessarily fit in with "contemporary" American society, the decision to deliberately date himself at a time when he should be trying to court the youth vote certainly seems a little odd -- especially in light of the support he is currently receiving.

Watch the entire campaign spot below via Bernie Sanders.