"Nobody likes him," the former Kansas senator said 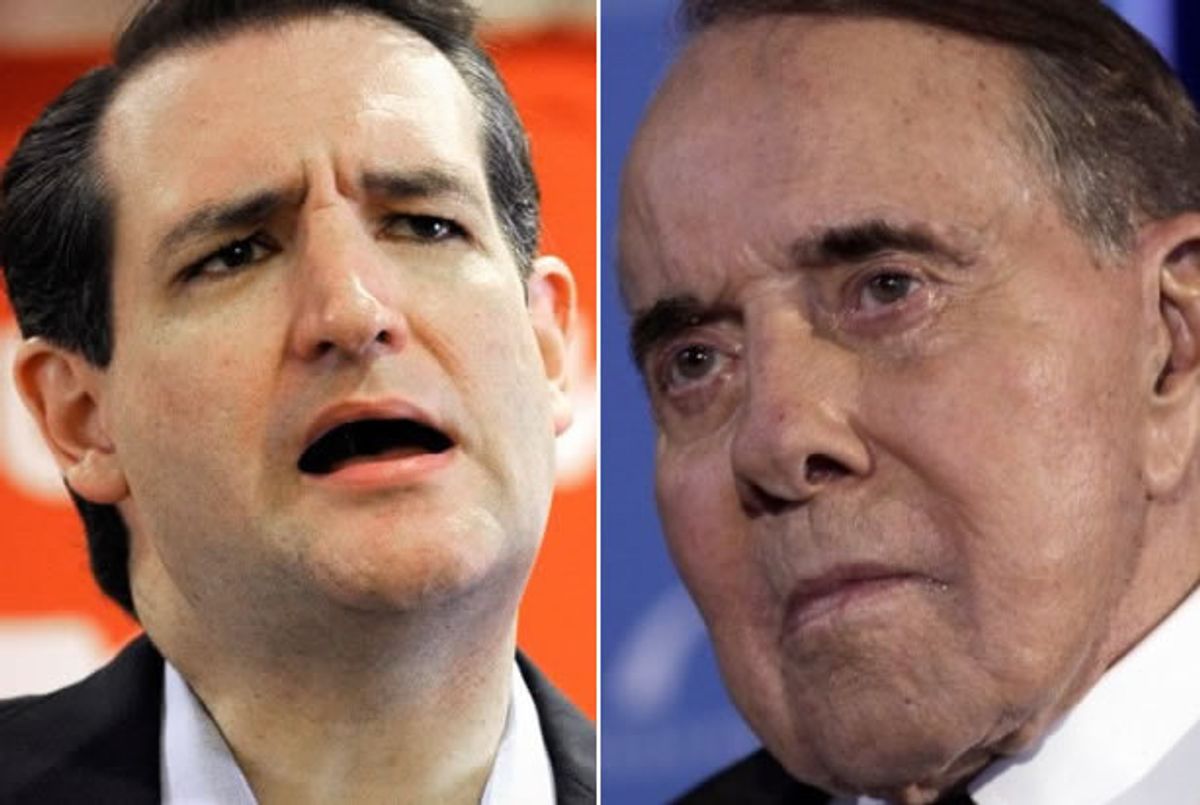 Former Kansas senator and 1996 Republican presidential nominee Bob Dole told the New York Times' Maggie Haberman that current presidential hopeful Ted Cruz's campaign would be "cataclysmic" for the GOP, and that the party would suffer "wholesale losses" if Cruz were selected over Donald Trump.

Dole -- always one to put the good of the party before ideology -- said he questioned Cruz's "allegiance to the party," adding that "I don't know how often you've heard him say the word 'Republican.'" Instead, Dole said, Cruz prefers the word "conservative," which to Dole's minds smacks of extremism.

"If he’s the nominee, we’re going to have wholesale losses in Congress and state offices and governors and legislatures," Dole continued. He's convinced that Cruz has falsely persuaded "the Iowa voters that he's kind of a mainstream conservative," which Dole fundamentally believes he isn't.

"There’ll be wholesale losses if he’s the nominee. Our party is not that far right," he said.

"I don't know how he's going to deal with Congress," the former senator said, "nobody likes him." He also noted that Cruz's violations of Senate decorum would be a sticking point. "If you want to call somebody a liar in the Senate, you go to their office -- you don’t go on the Senate floor and make it public."

Donald Trump, however, could "probably work with Congress, because he’s, you know, he’s got the right personality and he’s kind of a deal-maker."