"God, I have missed you!" Stephen Colbert exults at Sarah Palin "speaking in tongues" during Donald Trump endorsement 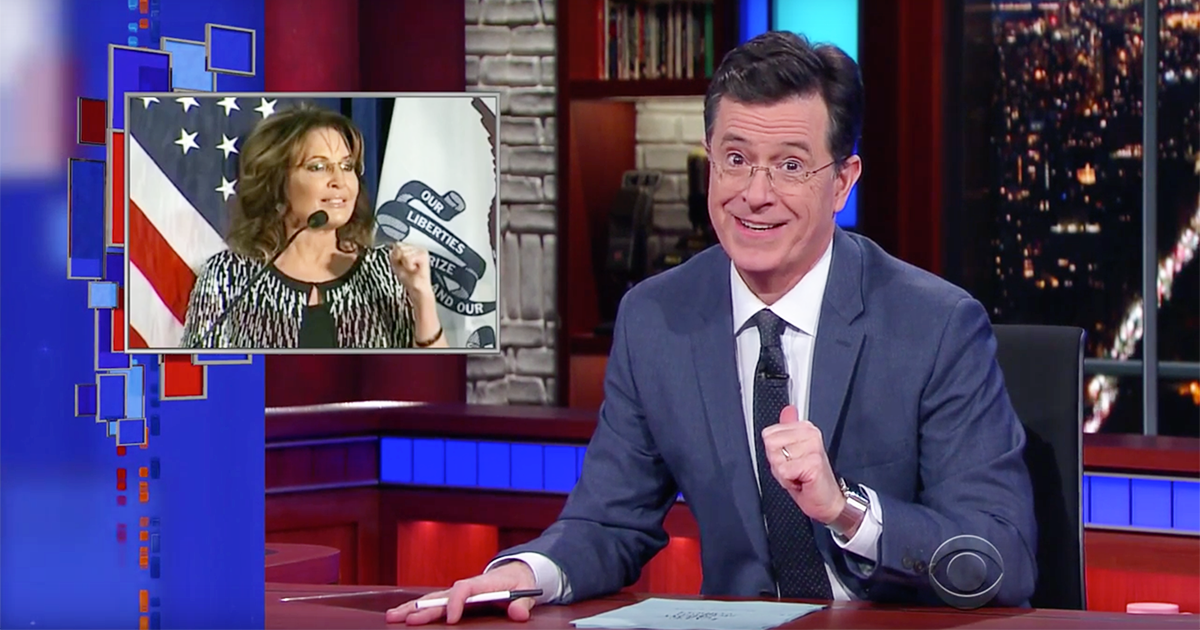 "God, I have missed you," Stephen Colbert said to Sarah Palin on Wednesday night's "Late Show." "It's like a magical eagle made a wish on a flag pin and it came to life. Which is great. For me."

Colbert played clips of the reuse of some of the classic hits from The Palin that include "drill, baby, drill" and "hopey, changey." "Do lipstick on a pig!! Say hockey mom! Please!" Colbert shouted while holding up his lighter.

But just when you thought everything had been said about her endorsement of Trump, Colbert took it even further. Colbert played the most convoluted Palin speech clips that amazingly coincided flawlessly with Donald Trump's most uncomfortable moments. "Sarah Palin just guaranteed Trump the evangelical vote because I think she was speaking in tongues!"

To help illustrate what it would sound like if Palin endorsed every candidate, Colbert then tased the part of his brain that understands sentence structure. Check it out in the video below: