"The only thing Palin hates more than Obama is punctuation," cracked "The Daily Show" 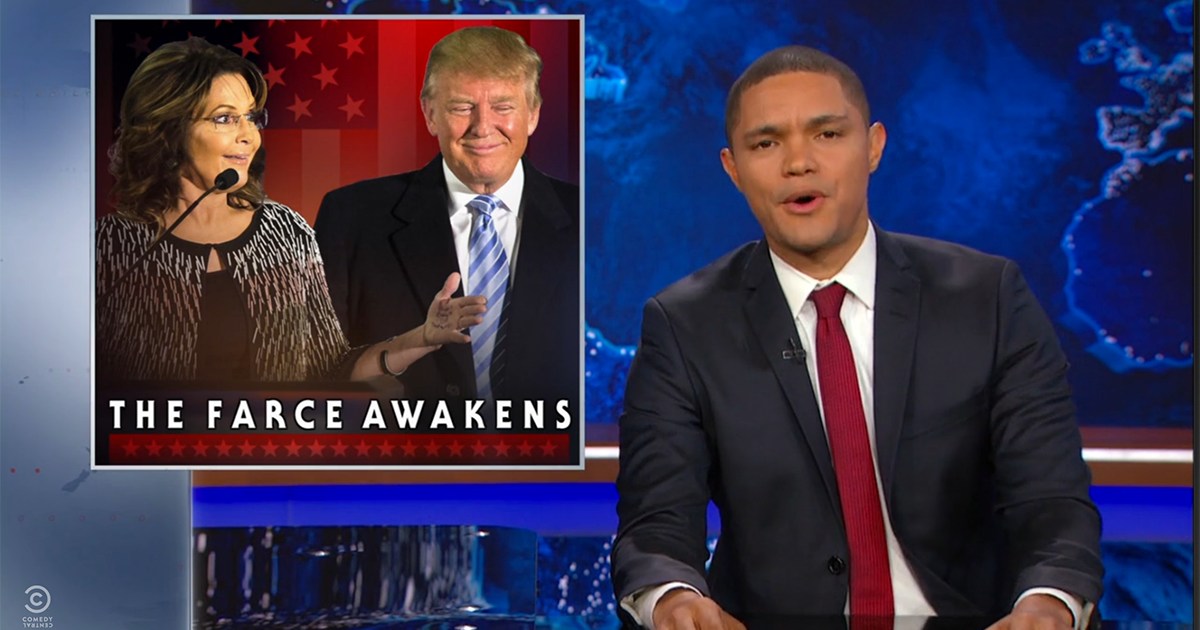 When Trevor Noah began the "Daily Show," people warned him that as an "outsider" he would have to study up on the American political system. "You'll have to study," they told him.

"It turns out many of the presidential candidates are in the same position I am," Noah said on Wednesday night's show with photos of Donald Trump, Ben Carson and Carly Fiorina beside him. "I feel like every day I read something in the news and I go, 'huh... I didn't know that about the government.' And at the same time, Donald Trump is reading the same newspaper saying, 'huh, neither did I!'"

But Donald Trump is not the first candidate ever in politics to get so far by knowing so little. No, that award goes to Sarah Palin. "She's all over the place," Noah said after showing a rambling clip of Palin. "It's like the only thing Palin hates more than Obama is punctuation. It's like she's a malfunctioning robot! 'Maybe... or the.. or the.. troops.. or.. the commander. It's like a bag of Scrabble tiles that grew a body and came to life."

Noah said that many people had a hard time trying to wrap their heads around the bizarre string of words and nonsequiturs that were coming out of Palin's mouth during her endorsement speech, but that's the problem. "With Sarah Palin, you don't think. You just enjoy.... and by the way, what is she wearing?! It looks like she killed a disco-porcupine!"

Noah played more clips of the ramblings of a madwoman, "she just talks and it never ends... and why does she talk to Iowans like they're cavemen?! 'This man, he build big things, they touch sky!... Then he fly on metal bird. Who are you!?" Noah exclaimed. Who, indeed.