The media has a Bernie Sanders problem: What the elites miss about politics the rest of us understand

Citizens get the corrosive effect of money on politics. Seems like only the big media refuses to accept it 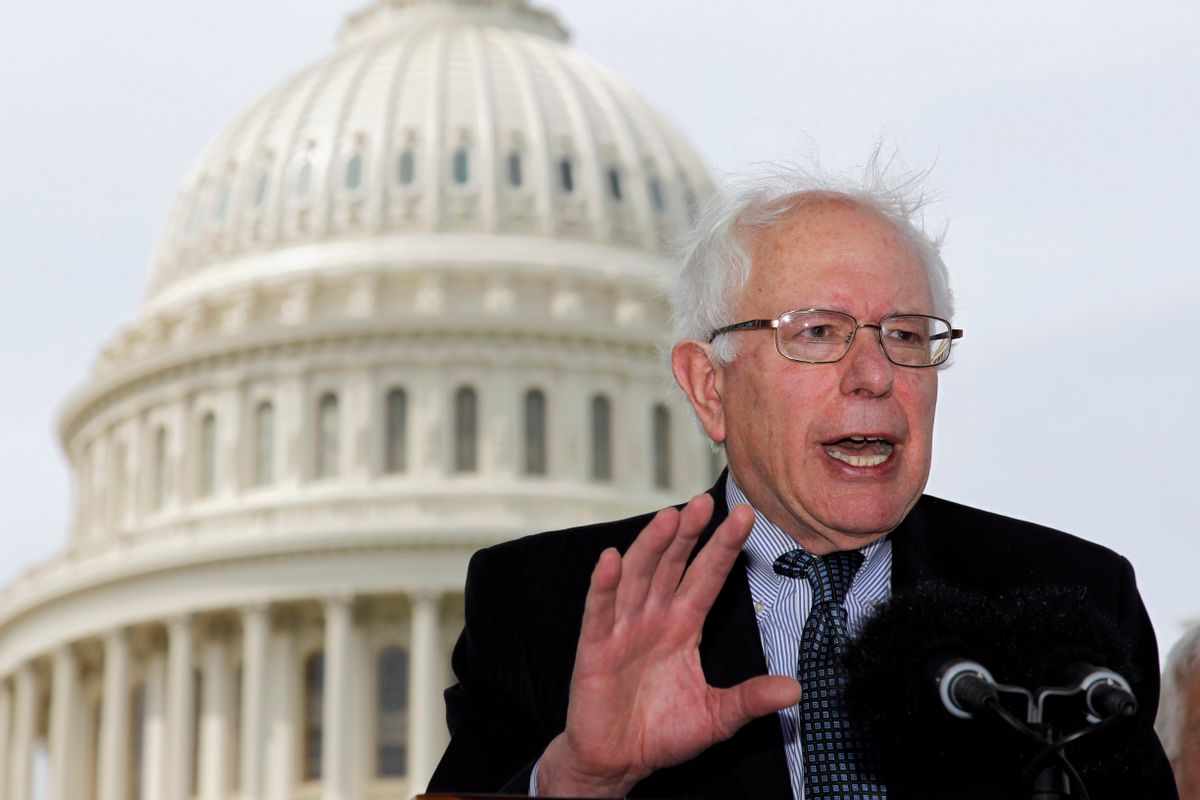 For the last year, media pundits and commentators have suggested that the Bernie Sanders campaign is “naive,” “unrealistic,” and “misguided” for a range of reasons and on a range of issues. But it’s really the media who are missing the mark.

Most recently in the Boston Globe, Michael A. Cohen asserted that Sanders has a “simple-minded understanding of American politics” because he has made getting big money out of politics a central issue of his campaign. This assertion is itself misguided, the product of a media environment that has largely missed the defining narrative of the 2016 election.

That narrative is the rapidly-rising importance of money in politics as an electoral issue among voters of both major parties. The evidence could not be clearer. A June 2015 New York Times poll revealed 85 percent of Americans support fundamentally changing or completely rebuilding the system for funding elections. In Iowa a Bloomberg News/Des Moines Register poll of likely caucus-goers found that 91 percent of Republicans and 94 percent of Democrats are unsatisfied or “mad as hell” about money in politics. Seventy-two percent of Americans support citizen funded elections. These numbers are staggeringly large when you consider that only 70% of Americans can tell you the year that the 9/11 attacks occurred. Or that 30% of GOP voters recently polled support the bombing of Agrabah, a fictional city.

Yet despite the overwhelming public demand for getting big money out of politics, the ten presidential debates hosted by the media have failed to ask a single question about solutions to this threat to our democracy. When an issue has broad bipartisan support, across ideology and demographics, it’s not naive to campaign on it - it’s common sense. It should be common sense for the media to discuss it too.

Cohen opined in his piece that by talking about taking big money out of politics, Sanders isn’t “taking the job of running for president seriously.” On the contrary, it is the media that aren’t taking the issue of money in politics seriously. This, despite the fact that Sanders has made it a central feature of his campaign, and every single presidential candidate has mentioned money in politics as a problem (with all three Democratic candidates offering up their own plans for reform). What we need--from both media and candidates--is a robust discussion of the solutions. Let’s talk about campaigns that are funded by the people rather than big donors. Let’s talk about how we fix the mistakes of Buckley v. Valeo and Citizens United. Let’s talk about amending the Constitution to reflect that in our democracy, campaign cash of the few should not dwarf the voices of the many.

But to have this discussion, the media must play its part, and not do what an anonymous veteran political reporter admitted to Dylan Byers this week: “Among 'big-time' reporters, there's an almost pathological fear of looking unsophisticated, journalists are supposed to look 'wised-up' and with it. I think this ingrained tendency often causes us to miss things that should be as plain as the noses on our faces — and that are apparent to 'civilians.'"

“Civilians” get it when it comes to the issue of money in politics, and their opinions are supported by rigorous academic research. In their 2014 paper, Affluence and Influence, scholars Martin Gilens and Benjamin Page studied public opinion data over the last 30 years to determine if there was a correlation between public opinion and policy. Their conclusion? “... if policymaking is dominated by powerful business organisations and a small number of affluent Americans, then America's claims to being a democratic society are seriously threatened.”

Their findings indicate the correlation between public opinion and acts of Congress is essentially zero. Unless, that is, you’re part of the wealthy special interests who benefit at all levels of government from a the political power of their money and a deck stacked in their favor.

Without reducing the undue influence of money in politics, there is no chance of building a government that is actually of, by and for the people; no chance of creating a government that reflects our values and protects our interests. The people, politicians, and scholars all agree that money in politics is a serious problem. Now we need a robust dialogue on the range of solutions that can fix our democracy. But in order to do that, the Fourth Estate must come on board.

It is unclear why mainstream media have failed to adequately address the money in politics issue. Are they looking out for their own bottom lines? Are they not seeing the same polls? The media are part of our democracy too; voters deserve to have them do their job. And that job involves responsible and intense scrutiny of the sources of and solutions to one of the single most-important problems facing our democracy, the dominance of big money in our political process. Rather than on dismissing it and its champions altogether, we need to hear more - much more.

Max Stahl is the Director of Political Engagement at Democracy Matters

Cyrus Patten is the Executive Director of MayDay.US